Fifteen detainees from Qaryut to attend trial on first of May

By Team Nablus
Over the past 5 months 15 people from Qaryut, mainly youngsters, have been arrested by the Israeli occupation authorities. The charges include `attending illegal demonstrations` and being in `closed military zones`. All detainees will face trial on the first of May. 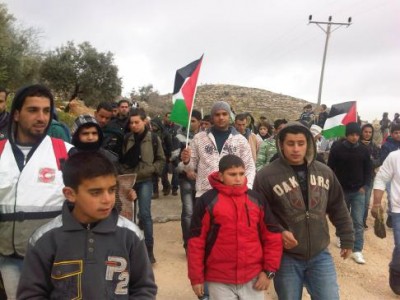 Demonstration in Qaryut (Photo by PSCC)

Among them are two brothers, Mohammad Laboom, 19, and Nedal Laboom, 32. Israeli forces raided and ransacked their homes in the middle of the night on the 17 December 2012 and 3 February 2013 . Mohammad is in his first year of college and was in Nablus when Israeli soldiers arrived at his house asking for him. They forced his family to call him and say ‘Captain Gilad says come’.  His mother told us that ‘they said they would take all of us if he didn’t come to them.’ He was told to turn himself in to Huwwara compound that night, despite having an exam the next day which he requested to take before handing himself over.
His brother Nedal is a teacher and is married with young children. When they came to take him at 2am  they accused him of participating in demonstrations and asked if he was with Hamas. He denied this and said that he had done nothing wrong. He told them that he  just goes to his school and comes back home again. His mother said that with his small children, he works day and night, between home and work. She reported that they put her sons out in the cold before putting most of the family in one room before  unnecessarily raiding the house. She said Nedal’s children clung on to the adults clothes in terror, not understanding what was going on.
Nedal and Mohammad’s mothers have visited them twice, a special privilege for those over sixty years old. They are being held in Magiddo prison and will be tried along with 13 others detainees from their village on the same charge: being activists in Qaryut and attending peaceful demonstrations.  Mohammad and Nedal’s mothers said, ‘I can’t sleep at night thinking about them’.
Peaceful demonstrations occur regularly in Qaryut to protest the closing of a main road leading to both the two large cities of Nablus and Ramallah. The villagers say the repression from the military and nearby colonial-settlers have increased since demonstrations began. They have stopped, fearing  more arrests in their small village and an escalation in settler violence. Settlers regularly cut down or burn the villagers’ trees. A representative from Qaryut told us that at this rate ‘there wont be anyone left in Qaryut`. 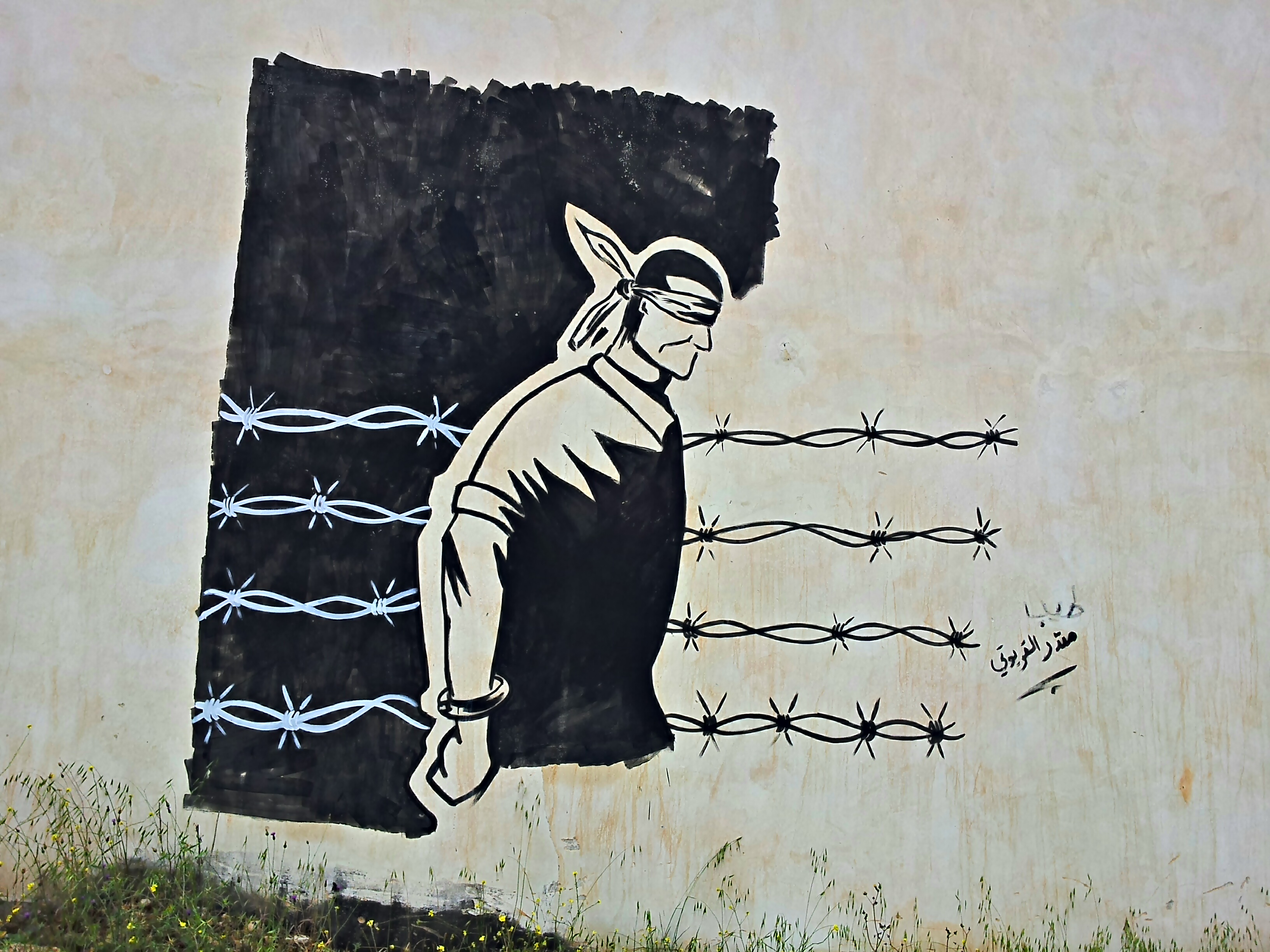