Student shot and many others injured during night raid in Al Fawwar camp , Hebron

One student is dead and three others were shot during an Israeli army night raid in the al-Fawwar camp south of Hebron on Tuesday. 5 others were also injured .25 year old university student, Mahmoud Adel Tete, was shot with live ammunition alongside his teenage brother and two other men last night at 9pm . 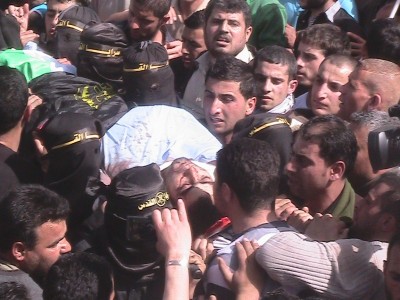 Four army vehicles entered the refugee camp attempting to find a suspect they claimed had thrown a molotov cocktail at a settler car. However, they were swamped with stones as soon as they arrived from the Palestianian refugees furious about the sudden invasion of their camp. One of the vehicles was immediately descended on by people trying to destroy the army vehicle. The soldiers panicked, opening fire on the Palestianian refugees, shooting blindly into the crowd with live ammunition.

Within minutes there was fatal casualty, Mahmoud an active supporter of the prison hunger strikers, was shot in the head with an illegal “dum dum” bullet by a Israeli soldier, the shot killed him instantly. His brother, 15 year old Feres, was shot in the hand including Mahmoud Shadfan who was shot in the stomach and Rami Al Karanz who was shot in the leg, all with live ammunition. Several people were injured with rubber coated bullets, and purposely driven over by army vehicles attempting to disperse the crowd.

The al-Fawwar Camp has been firmly situated in South Hebron for sixty years, established in 1951, the camps many residents are villagers from now occupied lands from the 1948 armistice line. The camp is home to around 8,500 people who receive minimal assistance from outside organizations and are also subject to the road block at Beit Hagay which restricts their movements in the West Bank.

The funeral for Mahmoud Adel Al-Tete was held today and attended by an estimated 8,ooo people at 12:30PM in the al-Fawwar Camp. Following the death of Mahmoud and the injuries sustained by the Palestinians involved in last nights raid, clashes erupted in Hebron city and in the al-Fawwar camp, continuing well into the night. 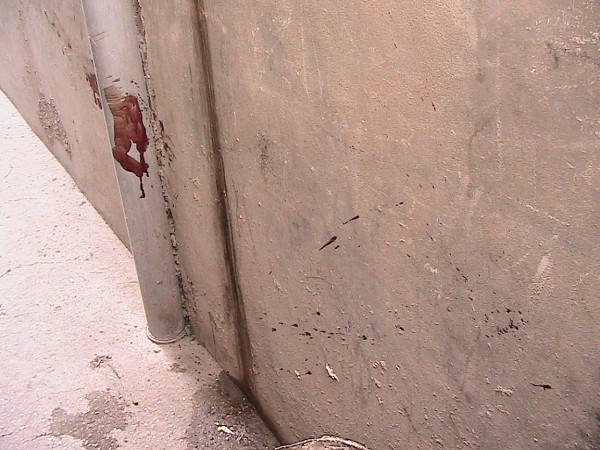 Blood on the streets of Al Fawwar camp