On Friday afternoon near the illegal Beit Hagai settlement, a non violent demonstration over the closing of the vital road between Al Fawar Camp and Al Hareaq (South of Hebron) ended with military violence. 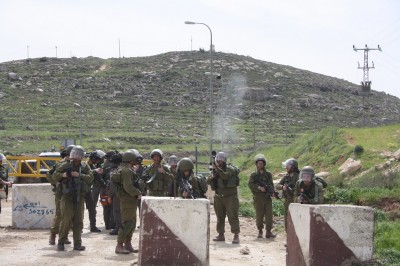 Within minutes of the demonstration beginning, the military responded by firing tear gas indiscriminately into the crowd. After retreating to a safer distance the crowd attempted to walk back to the road block, with one of the protesters calling out “We don’t want to fight, we come in peace,” which was ignored as the soldiers ushered in a skunk water truck, which showered the demonstrators and nearby Palestinian land.

Re-opening the road block has been a continuous struggle over the last 12 years (amongst the many struggles Palestinians are facing during the occupation), it serves as a symbol of the constant harassment and military control over how the Palestinian people move through their land. 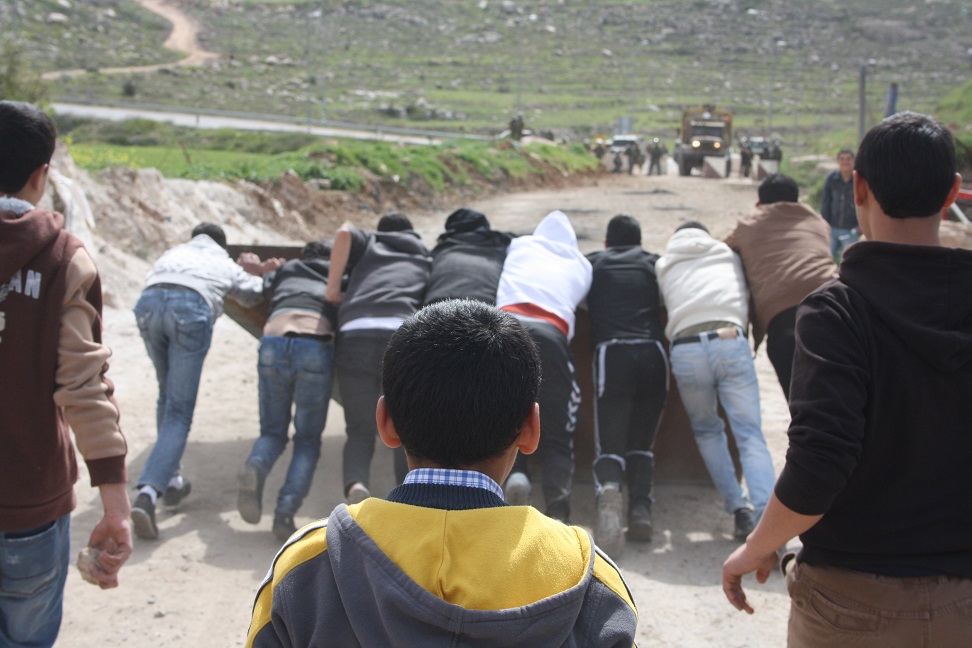 Demonstrators attempt to shield themselves behind wooden board