New
Home / Action Alerts / Is there Hope of Justice for a Palestinian family in Israel’s Courts?

Is there Hope of Justice for a Palestinian family in Israel’s Courts?

Update on the 13th March 2013: The Supreme court will review the case of Ziad Jilani

After hearing an appeal presented on behalf of Moira Jilani, the widow of Ziad and their three daughters the Israeli Supreme Court Judges have decided that they wished to review all evidence in the case.

Ziad Jilani was killed by Israeli border policeman Maxim Vinogradov in 2010. According to eyewitnesses Maxim VInagrodov shot Ziad at point blank range in the head while Zaid had laying on the ground wounded after being shot in the back. Ziad was unarmed. 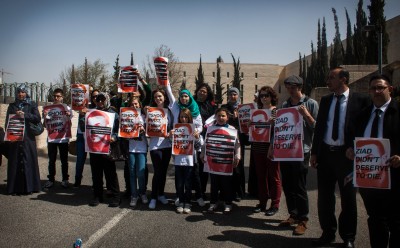 The State Prosecutor, who had previously not charged those who shot and killed Ziad, is now obliged to hand over all evidence to the Supreme Court by the 24th of March. The Jilani family, was more optimistic after the hearing than they had been before.

Bilal Ziad’s brother stated said, “If the Israeli Supreme Court really looks at the evidence of this case, and if they still say there are no grounds to press charges against the officers who murdered Ziad, then it means Israel has no credibility at all. They rule by the law of the jungle.”

On Wednesday (13 March) Moira Jilani and her three daughters will come face to face with their husband and father’s killer. Ziad Jilani’s widow and daughters seek justice for his killing by Israeli border policeman Maxim Vinogradov, for the third time. 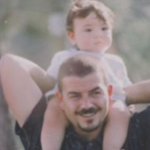 Ziad Jilani with his young daugher

“I am dreading facing them for my daughters”, says Moira, “I think I could face them myself but I’m afraid that when I see the pain in my daughters eyes it will kill me”. Her husband, Ziad, was killed three years ago by Maxim Vinogradov, an Israeli Magav (border police) officer who put his rifle to Ziad’s head and pulled the trigger three consecutive times while Ziad lay helplessly on the ground, having already been shot twice fleeing police shooting at him after he was involved in a car accident after a stone hit his truck.

Now, for the third time, the family is appealing to Israeli authorities to press charges against Ziad’s killer. On the 16th of January 2011 the case was closed by police internal investigations (Machash) for the first time, for “lack of evidence”.

In the following month, 15th of February 2011, the family submitted an appeal to then Israel Attorney General, Menachem Mazuz. Despite a confession by Vinogradov that he had shot Ziad at zero range when he was lying on the ground because of the initial gunshot wound, an autopsy report pointing to an a close range shooting, dozens of eyewitnesses who were also injured that day as a result of the incident and very clear changes in Vinogradov’s testimonies before and after the autopsy, Mazuz did not see fit to change. Machash’s decision to close the case.

With the help of the al-Mazaan Center for Human Rights, on January 4th 2012, the family submitted a second appeal. This time to the Israeli Supreme Court, demanding that the new state prosecutor, Yehuda Weinstein, bring criminal charges against Ziad’s murderers.

“After Weinstein [Israel’s current Attorney General] had all the evidence we had hope that he would press charges against the killers,” Moira recalls, “but after he decided not to do so for the third time, it is hard to have hope that the court will do justice.”

According to Yesh Din in 2012 the MPCID received 240 complaints and various reports of suspected crimes allegedly committed by Israeli soldiers against Palestinians and their property in the West Bank and the Gaza Strip. Out of these registered complaints, only 103- not even half- have yielded investigations. Not one single indictment has been served to date.

The organization commented on the findings: “The numerous defects in MPCID investigations of offenses against Palestinians and in the Military Advocate General Corps’ supervision of the investigations, result in the closure of the vast majority of the files and a minimal number of indictments being served. This creates a feeling of lawlessness on the ground, which may be a central contributing factor in the rise in the number of killings over recent weeks”.

Moira describes this sense of lawlessness, “I still have hope, but its hard when we see everything that’s happening around us,” she says, “my husband’s case is one of what seems to be a systematic sweeping under the rug of violent incidences of Israeli soldiers against the Palestinian population under their authority. We are not just going to court for Ziad Jilani. We are going to court for all the Palestinians killed before Ziad and those that will be killed thereafter.” 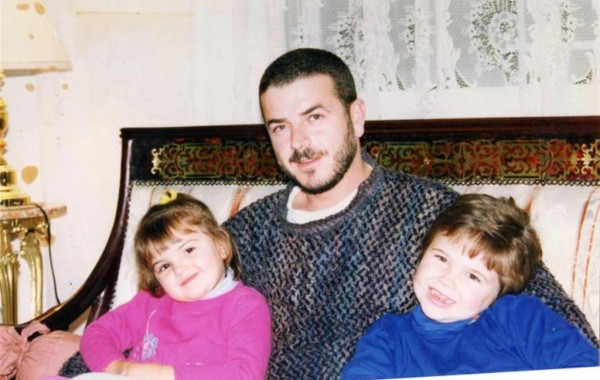 Ziad with his daughters