Demonstration in commemoration of Land Day

On the 30th March 1976, Palestinian citizens of Israel instigated demonstrations in protest at Israeli government plans to confiscate large amounts of Palestinian land in the Galilee region for new Israeli settlements. The thousands of people who took part in non-violent general strikes, demonstrations and marches were violently attacked by the Israeli military, who injured many hundreds and killed six young Palestinian men. 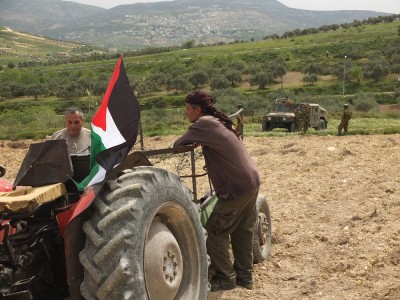 Thirty-seven years later, Israeli land-grabs continue and settlements continue to expand. But Palestinians in the West Bank, in Gaza, in Israel and in the diaspora unite in solidarity on Land Day each year, demonstrating to the Israeli authorities their continuing sense of a Palestinian community – a people who will continue to struggle against occupation and fight for self-determination.

Today in the village of Burin , a group of Palestinians and internationals planted olive trees in a field close by to Yitzar and Bratcha settlements. Pictures of Rachel Corrie, Vittorio Arrigoni and Tom Hundrnall were hung from the newly planted trees. Black balloons adorned with the Palestinian flag and Land Day posters were released into the air. 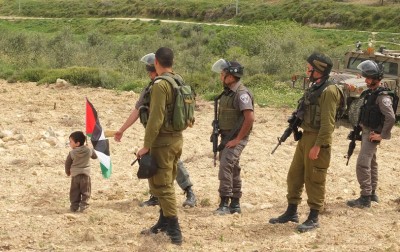 The activists were joined almost immediately by several Israeli military and police jeeps. A soldier announced that we were in a closed military zone and that we had 25 minutes to vacate the land. The village mayor wanted to avoid any problems so all of the activists then left the land.

The activists were then invited to a house next to the field for tea but the soldiers said that this also was a closed military zone and that we should leave immediately. 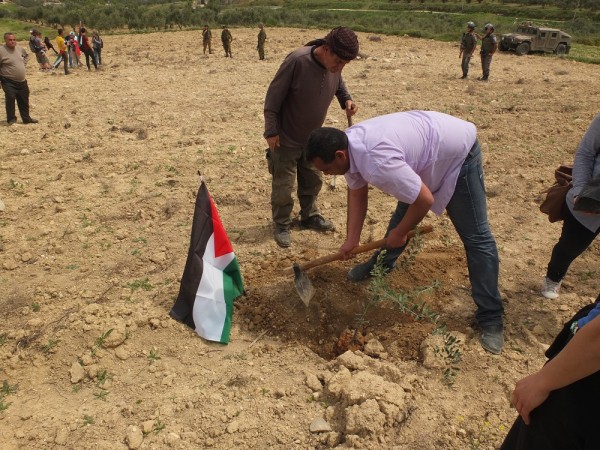 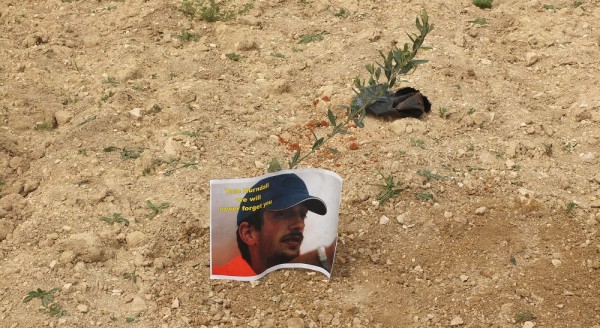 Poster of deceased ISM activist Tom Hurdnall is planted alongside an olive tree. 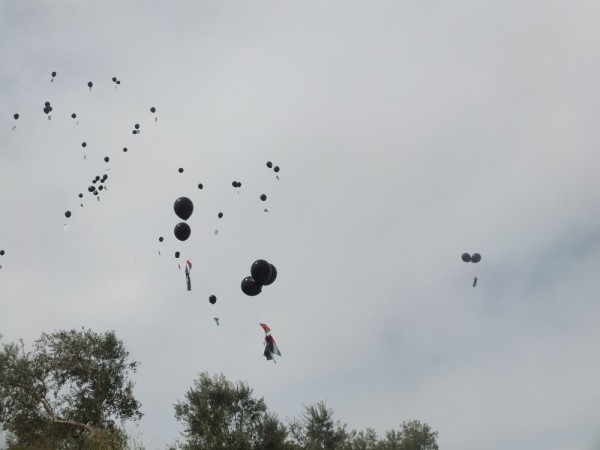 Balloons are released into the sky