Mustafa Abu Jarad, murdered in Gaza by the Israeli Army 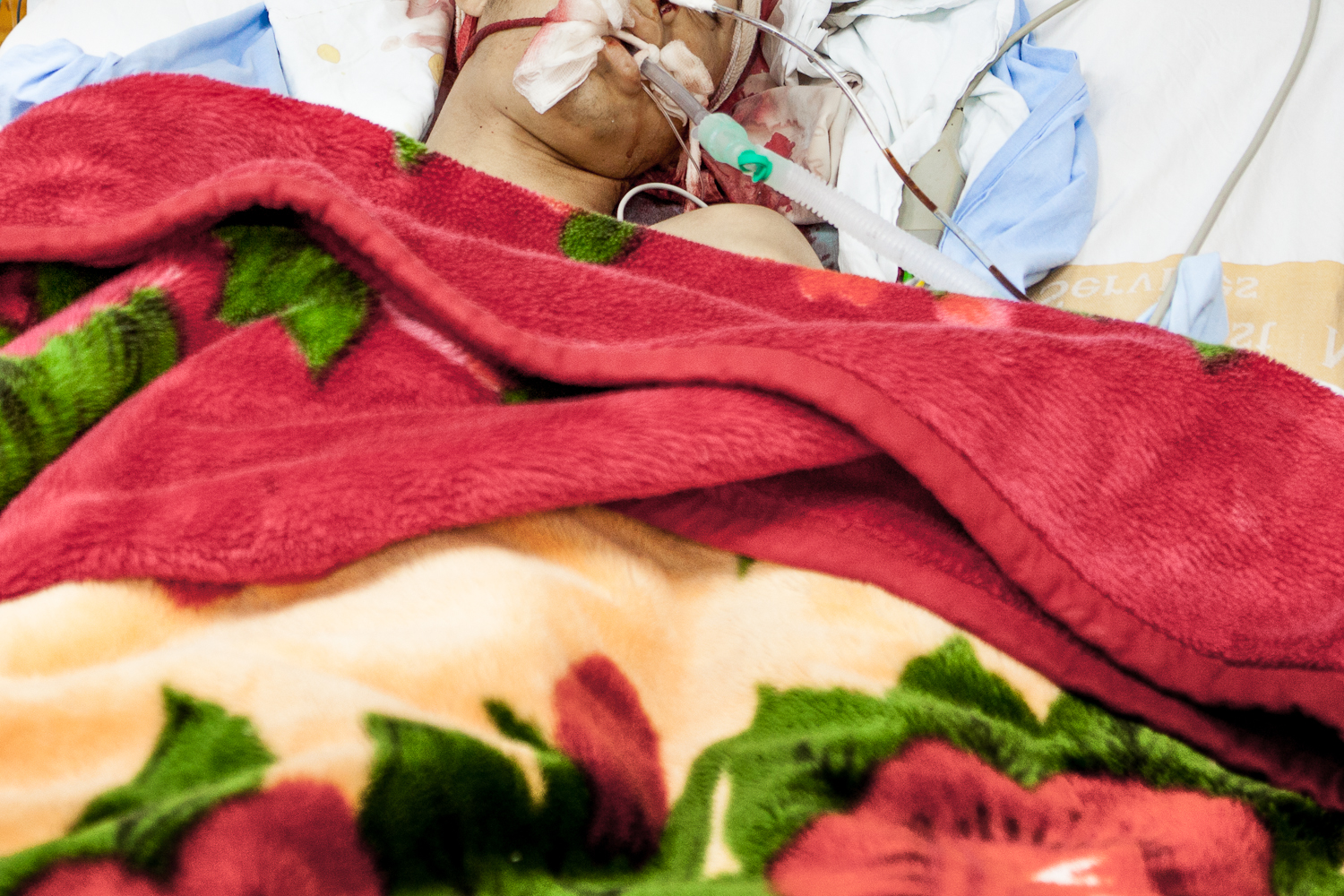 January 15th 2013 | Gaza Strip
On January 14th 2013, Mustafa Abu Jarad (20) was working with a group of farmers on a plot of land around one kilometer away from the border fence at the north of Beit Lahiya, Gaza Strip; when the Israeli army started shooting at them from a watch tower. Due to the heavy gunfire, the group ran away from the site, but came back after a while to resume the farming. On that moment a sniper directly targeted Mustafa, shooting him on the forehead. The bullet went through his head, causing him severe brain injuries. He was taken to Kamal Adwan Hospital, and then transferred to Al Shifa Hospital in Gaza City due to the severity of his wounds, where he underwent urgent surgery to remove pieces of his skull embedded on the brain and drain excess blood. He remained stable but unresponsive in the I.C.U. after the surgery. Mustafa died several minutes after this photo was taken.
Source: Desde Palestina
Gaza 2013-01-15
Yara