Update on 29 January by ISM: There is still imminent threat of eviction hovering upon the Shamane family. The family was given a brief reprieve of two months at the last minute [on 31st December 2012] when the Jerusalem District Court ordered the eviction delayed until 1st March 2013.  There will be a weekly protest vigil at 3 pm on Friday 1st February and in the following weeks. Organizers call for supporters to come and join. 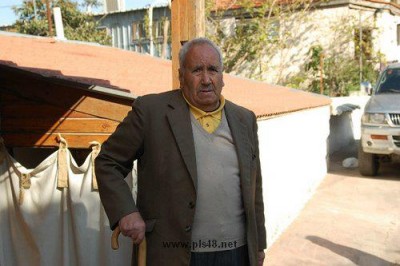 To whom it may concern,

My name is Ayoub Shamasneh and I live in Um Haroun, Sheikh Jarrah. My wife and I are living here with our son, Mohammed, his wife Amaal, and their six children ranging from the ages of 11 to 22 years old. We have lived in this house since 1964, it is where we built our family and raised our children. In 2009, after decades of living in our home, the Israeli General Custodian’s Office informed us that our rental’s agreement will not be renewed. They have now sued us in order to take ownership of the property via individuals whom they claim are the descendants of the original Jewish owners pre-1948. Our case has been reviewed by an Israeli court in two separate hearings and judges have refused to accept evidence we have submitted to show proof of our residence in our home since 1964. Therefore, they are claiming that we are not eligible for protected tenant status. Consequently we have been ordered to evacuate the property by 2pm on December 31st, 2012. As far as we know, the property will be handed over to a right wing settler organization that has previously taken over properties in the neighbourhood. 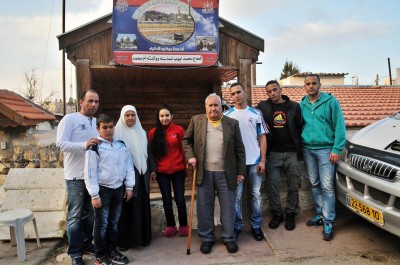 Now more than ever we are aware of the double standard of the Israeli law that does not lend Palestinian refugees or their children a claim to property they owned before 1948, yet allows children of Jewish Israelis to sue and evict Palestinian families from homes they have lived in for decades. As a result of this discriminatory double standard of the Israeli law we are about to lose our home and be thrown out onto the street.

Forced eviction from our home will not only be a human tragedy but also a political maneuver which aims to strengthen and expedite the settlement project in East Jerusalem, specifically in Sheikh Jarrah. Israeli Jewish settlement takeover in Sheikh Jarrah serves to interrupt the presence of a continuous and connected Palestinian community in East Jerusalem. Numerous families have already lost their homes and 30 more are living, day-to-day, under the eminent threat of eviction. Our case will set yet another precedent that will play directly into the hands of the settlement project and will be another nail in the coffin of a viable East Jerusalem. 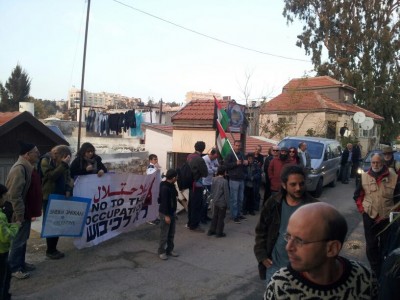 We are turning to you, as writers, activists, public figures, artists and concerned citizens of the world, to do all that you can to call on the Israeli government to instruct the General Custodian not to evict our family from our home and thereby facilitate the agenda of extremist settlers who are destroying all chances for a peaceful and just future in Jerusalem.

Video: Mouhamad Shamasne, inteviewed by Budor Hassan, explains the situation of the family and provides updates.

For current updates visit the Facebook page “Do not let settlers expel us from our home in Sheih Jarrah“. Read a related article here (+972).