by Vincent Redheart and Anas Green

Today, Monday 19 of November at around 4 am, a bunch of settlers from the illegal settlement of Yitzhar set a mosque in the village of Urif on fire. The door has been damaged and the prayer mats were severely burned. After a few hours Israeli soldiers reached the area causing several clashes with the inhabitants who appeared nervous due to the attack. The soldiers shot a huge amount of tear-gas and sound bombs at the residents.
The village of Urif has been attacked many times in similar ways by the illegal settlement of Yitzhar. This year, on 29th April, mask-wearing settlers invaded the village supported by Israeli soldiers who used tear-gas, sound bombs and live ammunitions. Another event happened on 26th May when armed settlers burned cultivated fields, threw stones and shot live ammunition against the Palestinian people, one of whom was injured in the abdomen.
The illegal settlement of Yitzhar is responsible of countless attacks against surrounding villages: not only Urif but also Burin and Asira al-Qabaliya suffered similar attacks.
Urif is a Palestinian town near Nablus in the northern occupied West Bank, located thirteen kilometres South of Nablus. The town has a population of just under 3000 inhabitants and is overlooked by the illegal Israeli settlement of Yitzhar. 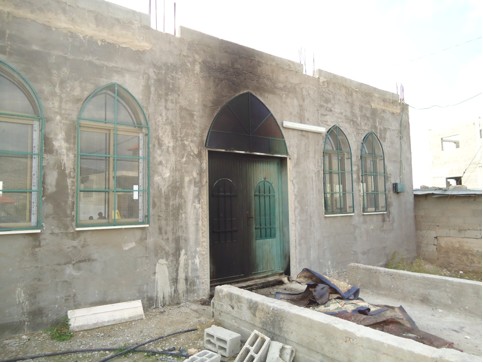 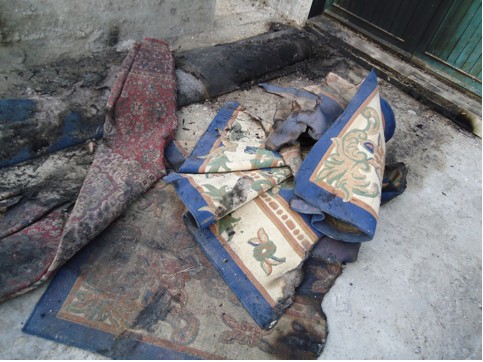 The prayer mats are seen here, scorched by flames