Letter from ISM activist in Gaza 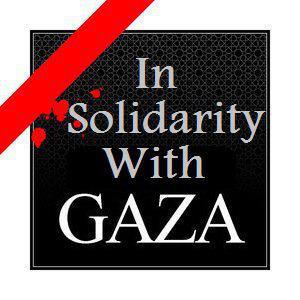 Dear All. I am calling on all your support for the besieged people of the Gaza Strip.

Here in Gaza, more than 10 people have been killed so far in the Israeli operation named “Pillar of Defence” within the last 7 hours, including countless children such as 7-year-old child Ranan Arafat and an 11 month old baby. We’ve seen charred bodies of dead and injured children  pouring in to Al Shifa hospital of Gaza City and the other depleted hospitals around the Gaza Strip. 50 airstrikes all over the Gaza Strip so far. Deafening explosions shook us all as bombs landed close to us in the streets near the Universities. Huge explosions are landing all around us in Gaza City now as I write, some entire families have been injured. We can also hear the shelling of Israeli Gunships. Announcement of possible Israeli land invasion very soon.

More than 330 children were killed in the last bloody operation like this in operation Cast Lead, killing over 1400 in total: the vast majority civilians. We are reporting from hospitals, streets and bombed areas. How many, terrified in there homes will have their lives shortened by tomorrow, or after the days of airstrikes, tank shellings and Gunship missiles Israel has announced. YOU CAN MAKE A DIFFERENCE. MOVE. ACT NOW TO STOP ANOTHER GAZA BLOODBATH. INACTION AROUND THE WORLD HAS LEAD US TO THIS POINT. ACT NOW.
Adie

For more information on how to contact International activists in Gaza now please email: palreports@gmail.com