Demolishing tents donated by the UN

Caterpillar Bulldozer demolishing tents donated to the residents of Susiya as emergency aid by the U.N.

On August 28 Israeli occupation forces demolished tents donated by the United Nations (UN) in the Palestinian village of Susiya in the South Hebron hills. This is the second similar demolition within three months. 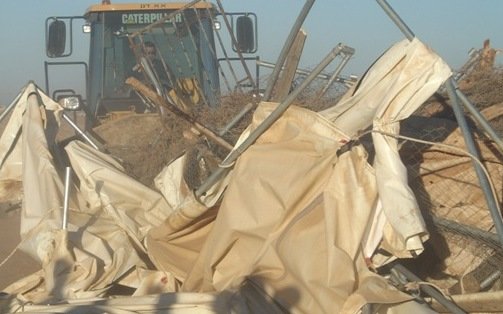 Caterpillar Bulldozer demolishing tents donated to the residents of Susiya as emergency aid by the U.N.

In total, 4 water cisterns, 2 caves, 2 houses, and 6 stables were destroyed. Zenuta is a small village of 7 families with a herd of 400 sheep. The army destroyed the houses of 2 families, each with 7children, as well as 6 stables holding sheep.

Perhaps most devastating of all in a region starved for water, the army bulldozed the village’s cisterns, holding water collected from winter rains. The cisterns cost NIS 15,000 each, an incredible toll amounting to about a year and half’s wages for the average Palestinian worker in the area. For more information click here. 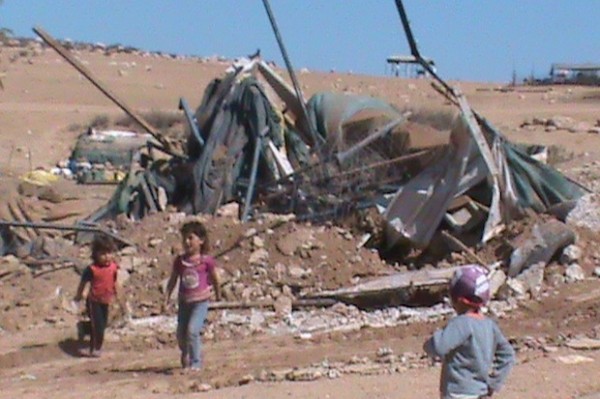 Displacement in the Judean Desert

On the 29 of August, 4 Bedouin families were targeted. They live far inside the Judean Desert, east of Deis Salah and near Bethlehem. They also faced demolitions 2 months ago. All their structures were demolished including tents provided by international agencies. Israeli authorities said they had to leave because they lived in the Israeli firing zone 914.

Abu Sarah is a volunteer with the International Solidarity Movement (name has been changed).