New
Home / Reports / Nabi Saleh: “The resistance is for our kids’ future”

Nabi Saleh: “The resistance is for our kids’ future”

On the evening of July 26, social media lit up with messages from residents of the village Nabi Saleh.

“Four army jeeps and around 20 soldiers standing at the entrance” tweeted Manal Tamimi, and later, “for the third day (in a [row]) the army invading the village before eftar.” 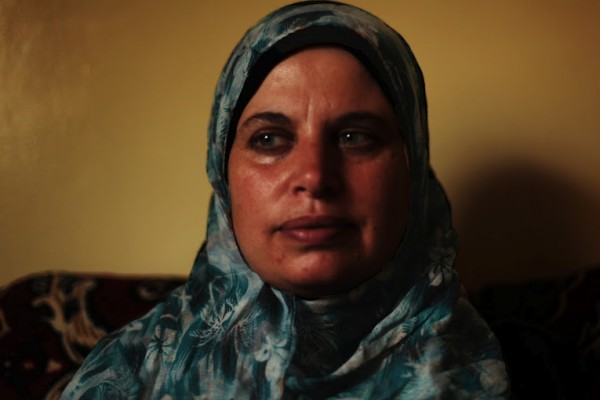 Since late 2010, Nabi Saleh has been raided regularly by Israeli forces, and the religious month of Ramadan is no exception. The long awaited eftar meal brings relief to the fasting people. In the little village, only a 15 minute drive northwest of Ramallah, eftar often arrives with uninvited guests.

The reasons for these punitive raids must be found in late 2009 when people from Nabi Saleh and nearby villages organized to protest the occupation and the illegal settlements.

In July 2008, Inhabitants of the illegal Israeli settlement of Halamish, some 700 metres from Nabi Saleh, began using Al-qaws spring for recreational purposes. For Palestinians in the area, the spring was a vital factor in farming the dry land, as well as for cultural and recreational purposes. When settlers began renovating the site of the spring, damaging trees and property, the Palestinian owner filed several complaints to the police but was ignored.

In January 2010, Israeli authorities deemed the spring an archaeological site. Subsequently, Palestinians were prohibited access while the illegal settlers were given free access. They continued to illegally renovate the site against a civil administration order to halt construction.
Two attempts by Palestinian villages in the area to go to the Israeli High Court of Justice proved to be in vain. The only outcome was letting Palestinians return to the spring. This is hardly regarded as a victory when they are still unable to use the water that their village has relied on for so long. As well, Palestinians are still often prevented from accessing the spring, especially in groups, while settlers enjoy free access.

With health, freedom, and even life on the line, the Nabi Saleh popular protests show the Israeli authorities’ disregard for international law and human rights.

Every Friday since December 2009, a procession has been making its way from Nabi Saleh’s center square towards the stolen spring. The protest is notorious for its persistence. Confronting a powerful Israeli military force, and enduring the consequential raids and arrests is a sacrifice that many in the village are willing to take.

Bilal Tamimi, a descendent and lifelong inhabitant of Nabi Saleh and father of 4, has been participating and documenting the popular protests from the beginning. 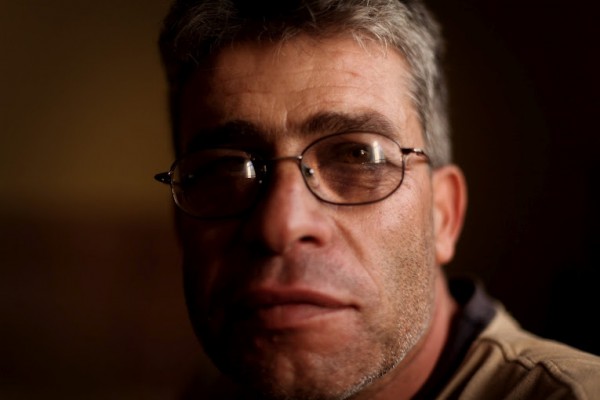 According to Bilal Tamimi, Nabi Saleh is not only protesting to return the annexed water spring, but against Israeli occupation as a whole. Since Halamish was illegally established in 1977, it has not stopped growing and encroaching onto Palestinian lands. The land theft is either approved or ignored by Israeli authorities, denying the Palestinian population the right to their land, and contravening international law.
The nonviolent resistance is one of the most dangerous tendencies from an occupiers point of view. It is persistent and disturbs the normalized occupation, but it cannot be stopped without damaging Israel’s democratic smokescreen.

The united participation of all demographics of Palestinian society (i.e. men, women, children) as well as international and Israeli activists is an important factor in the popular protest.

Bilal’s wife, Manal Tamimi, who is herself an active protester, says there is a particular impact on Israeli soldiers when they are faced by women and children. Women make up half of the protests in Nabi Saleh, and many take leadership roles, contradicting the prejudices still haunting mainstream discourse.

Bilal points out the importance of post-demonstration media work from international and Israeli activists who join the weekly protest. Activists from various countries across the world sharing reports, pictures, and stories from Nabi Saleh has a huge impact on the fate of the village.

The Israeli army has changed its tactics in Nabi Saleh throughout the past 2 years. The brutal invasions of the village during the Friday protest drew negative attention from international media present at the demonstration. While the 10-hour Friday raids were made less brutal, there has been a considerable increase in raids on other days as well as during nights. Thus there has been an increased pressure on the residents’ lives, although most of it occurs behind the scenes and away from media.

Rather than showing the heavy military response to civilian demonstrations, most photos emerging into mainstream news from the West Bank focus on masked youths throwing stones.

Bilal Tamimi knows that stones will not change the course of history in a direct way.

“But what would you do if someone had been stealing from you the last 60 years, with absolutely no consequences except generous western support,” asks Bilal rhetorically.

At 3 a.m. on January 23 of 2011, 14-year old Islam Tamimi was seized from his bed by Israeli soldiers. The next 12 hours, he was interrogated and kept awake. Without being informed about his rights to remain silent or to demand the presence of a parent, the terrified boy may have began making up stories to satisfy the police. His unlawfully gained testimony is later used to convict members of the Nabi Saleh popular committee, Bassem and Naji Tamimi. Both face charges made by a 14-year old boy under torture-like conditions.

This incident is one of many concerning minors from Nabi Saleh. Currently, 4 boys are serving time for throwing stones.

Manal Tamimi herself was arrested in December 2009. Her son Samer Tamimi, who was 3 years old at the time, saw her beaten and dragged away by Israeli soldiers. 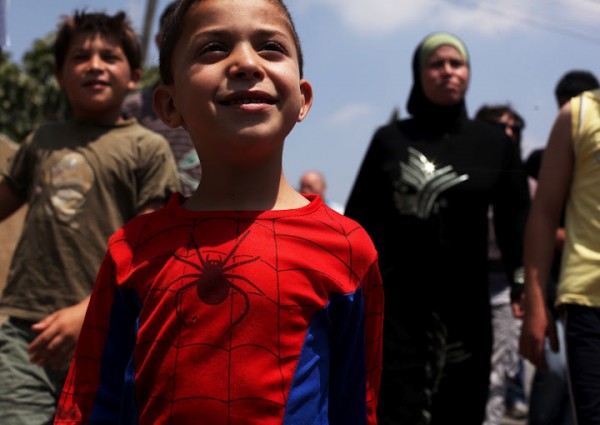 Many of the village residents would send their kids away each Friday during protest hours, but as it became apparent that the situation would not change, Bilal and Manal amongst others, began to bring their children to the protests.
While this decision is difficult, Manal explains how psychologists and specialists were called to the village to treat the tormented kids. Fear of the Israeli army was the primary problem.

“We had to break this wall of fear in our kids to be able to continue the struggle in the future,” she states.

“The resistance,” Bilal says, “is for our kids’ future, so they can grow up and follow their dreams, and their kids will be able to as well”

His son Osama, 16, was accepted into a school in Jerusalem, but denied entry to the city by Israeli authorities on reasons of security. An education in Ramallah was found but Bilal clearly sees the disappointment and the extinguished enthusiasm in his son’s eyes.

“This is the way to defeat a population. Stealing their dreams is far worse than breaking their bones and this we have to fight and teach our children how to fight,” says Manal.

Her youngest son Samer, 6, is also known as ‘Spider Man’ for the costume he wears to the popular protests. Samer has managed to overcome a great amount of his fears. During a night raid on the Tamimi home about 1 month ago, Samer woke up, recognized the angry men in green, and casually returned to sleep as they ransacked his house. A clear indication that the next generation will not give in to the pressure.

Nabi Saleh is a village of only 600 people. This means a great sense of unity.

When Mustafa Tamimi was shot dead by the Israeli military last December, the funeral turned into a massive outcry for justice. The 2000 some members of the funeral were tear-gassed by the same grenades which killed Mustafa just two days earlier. Several Palestinian women were beaten by soldiers and arrests were made.

The Israeli occupation is omnipresent across Palestine, entering the private lives of all Palestinians. The last person to be killed has not yet been killed. The last illegal settlement has not yet been built. Nabi Saleh’s fresh water spring has become a memory and a dream.

Yet facing armies, still ‘Spider Man’ smiles at one of his toughest quests.

Markus Fitzgerald is a volunteer with the International Solidarity Movement (name has been changed).