Impunity Under the Law: Settler attack in Jabari neighborhood 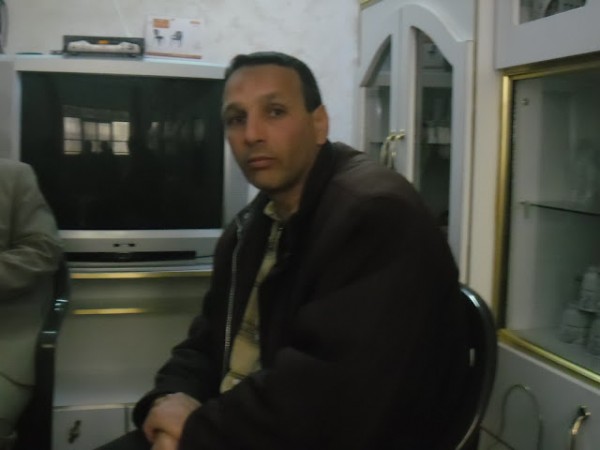 Marwan Borqan always locks the main door to his house at night. Late at night, soldiers will often knock at his door, ‘checking,’ they say, although Marwan has never known what they are checking for.

That is why he did not find it unusual when he heard a loud banging at his front door at 10:30pm on Wednesday night. However, this time it was not the Israeli army but an Israeli settler from the nearby illegal settlement of Givat Ha’avot. As soon as Marwan opened the door he was violently punched and kicked by the settler, who then dragged him out the door.

Outside the beating continued, causing Marwan to fall down a flight of stairs as other settlers, the settlement security guard, and Marwan’s shocked children looked on.

Finally, two police cars arrived and with the help of Marwan’s brothers, detained the attacker.

At this point, Marwan’s father arrived to find that Marwan had lost consciousness. He called an ambulance and was forced to wait forty-five minutes as the ambulance was detained at the metal gate restricting Palestinian vehicular access to their own street.

Marwan’s father demanded that the Israeli army commander arrest the settler who had attacked his son, only to have soldiers threateningly point their guns at his head and tell him to ‘shut up’. At a point throughout the night, the army released the settler who was responsible for the attack. They later claimed they did not arrest him because they could not find him.

While awaiting the ambulance’s arrival, the Israeli army evacuated the entire building where Marwan lived. Forty-five people, including many children,were forced to wait on the street while the army searched the victim’s house.

An Israeli police jeep then arrived carrying a settler who claimed rocks were thrown at her by a Palestinian earlier that day. The girl scanned the families lined up on the street and admitted that none of them had thrown rocks at her.

After Marwan was taken to the hospital, settlers attempted to occupy his apartment but were later escorted from the building by the Israeli army.

Commonly, following an accusation by a settler, all Palestinians are perceived as guilty by both the illegal settler communities and the Israeli army. Revenge may have been the reason behind the Israeli army raiding a house or the savage beating of a Palestinian by an Israeli settler.

Nonetheless, raids and attacks also take place in lieu of any accusations. Above all, the violence is arbitrary and systematic. The reason is always the same: to make life for Palestinians so difficult that they will be forced to leave. Those who refuse will continue to pay the price.

For Marwan Borqan the price for him and his family has been very high. He suffers from a concussion, and many bodily injuries, and was forced to wait while Israeli soldiers detained the ambulance attempting to reach him.

Marwan explained that he was “shocked” by the beating. His family regularly suffers from settler and soldier harassment, but it was “the first time the settlers actually tried to enter the house.”

His children were up late watching a football match with him when the attacker arrived, and to their horror witnessed his brutal beating. Marwan’s eight year old daughter, Afnan, is still traumatized by what she saw. Marwan explains that she shakes and has difficulty eating. He intends to find psychological help for her.

The Borqan house lies near to the illegal Israeli settlements of Qiryat Arba and Givat Ha’avot in Western Hebron, an area which experiences repeated torment from extremist settlers. Qiryat Arba was one of the first settlements established in the West Bank by members of the far right Kach party and Givat Ha’vot began as a police station which was occupied by settlers in 1990. Both settlements are in violation of Article 49 of the Fourth Geneva convention, prohibiting the transfer of the occupying power’s civilians into the occupied territory. The illegality has been repeatedly confirmed by the International Court of Justice, the High Contracting Parties to the Fourth Geneva Convention and the United Nations Security Council.