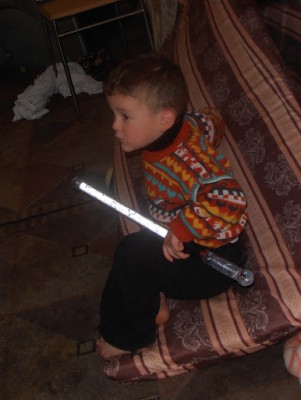 April 5th marked a day to celebrate the children of Palestine. This year the Israeli military decided to contribute to the special day of the children of Kufr Qaddoum by invading the village and kidnapping 20 fathers and brothers. Boys and men were taken from their homes in a series of overly aggressive and destructive raids.

At 2 AM approximately 200 soldiers stormed the center of the village and split up in to groups of around 30 soldiers. Efficiency was key in the military’s plan to cause as much destruction and intimidation before the sun rose. The soldiers did not come alone, all teams were accompanied by dogs, and intelligence showed up later on in the morning to assist with interrogations.

The Israeli military has seen escalating its intimidation of members of the village, and the soldiers’ main goal is to stop the Friday demonstrations that the villagers host. These have grown in strength and popularity.

Since June 2011,  Kufr Qaddoum has been subjected to many night raids but nothing of this scale. Murad Ishtawi, the lead organizer of the weekly demonstrations, said, “I have never seen anything like this in the village before, I have never seen them storm in like that.”

Bashar Ishtawi, brother of Riad who was arrested, likened the raids to “a video game. Very aggressive and American style.”

Out of the 20 arrests made, five of the homes entered by the soldiers were overturned and vandalized. Upon entering the house of Bashar Ishtewi, husband and father of three children under the ages of 11, soldiers demanded that Ishtewi “give them the men.” Ishtawi tried to tell them all he had were his children and his wife, but this answer was not sufficient. The soldiers herded the family into one room and carried on destroying the house. Their daughter, Zainab, who is 6 years old, was vomiting from stress and has not uttered a word since the raids on her house.

In the house of Iman Ishtawi, father of two children under the age of three, is where the story is most disturbing. Ishtawi informed the soldiers that he had no son to arrest and was told “we know this, we are here simply to destroy your house, nothing else.” Ishtawi with his wife and children were made to stand outside and listen to there home being destroyed. After twenty minutes the children became sick and started to cough. Iman tried to to reason with the soldiers, to show the commander that his babies need warmth. The soldiers simply replied, “That is the business of a doctor, not the business of a soldier.” The family was finally allowed in but were forced to stay in the small kitchen until the soldiers were finished.

The nightmare continued until 5am. The homes were turned upside down, in another house they even removed the windows from the entire house, showing the transparency of this operation. For the Israeli military, they will convince themselves that this operation was in search of rms and young men unlawfully defending their land, but in reality this was an act of intimidation, an operation to try and put an end to the peaceful, popular resistance carried out lawfully every Friday. It fits in an agenda of ethnically cleansing Palestine.

The fate of the following names is still not known, they are currently in interogation centers: