The safe, comfortable, winsome childhood I had growing up in suburban America is a completely theoretical concept for the Palestinian children in the West Bank. 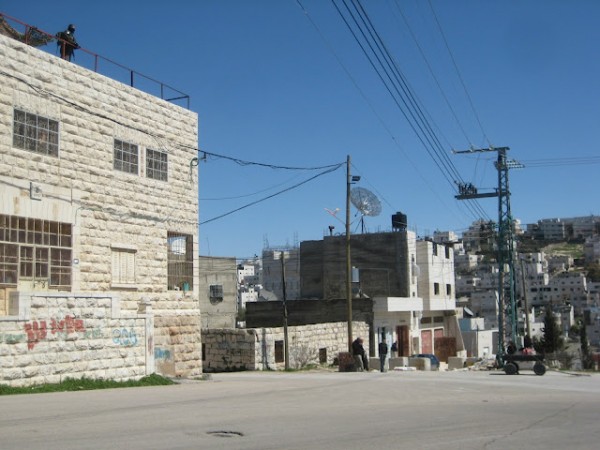 I’ve realized this while volunteering as a human rights observer in Hebron. One activity that entails is sitting and watching kids, ages six to thirteen, walk to the all-male Mutanabi school. It sounds like a silly endeavor; but in reality, it’s a deplorable necessity.

This was illustrated when, on a tour introducing the volunteers to the students, a teacher asked his third graders to stand up if they had ever been beaten up by soldiers on their way to school. Eight of the thirty did. He then asked them to stand if they had been bothered by soldiers since we had been there. They all sat down. One boy thanked us, saying “I feel safe now,” as his eyes brimmed with tearful sincerity.

From February 27th to March 2nd of 2012, there were thirty-one cases of the school’s 268 students being verbally and/or physically assaulted by Israeli soldiers. In addition, teachers were detained daily, preventing them from being able to teach their classes. In the weeks since the ISM was asked to come, there have been zero cases of harassment and detainment. The soldiers have also moved from standing at the edge of the school’s driveway to an adjacent house’s rooftop.

We go in pairs of internationals armed only with a camera. Our presence should not change a sophisticated army’s procedure as significantly as it did. To me, this influence clearly shows that they know that what they’re doing is wrong, and would be unable to be justified to an international audience. This is especially true as the checkpoint separates Palestinians from Palestinians, making the excuse of security for the illegal Israeli settlers irrelevant. There is no reason for their presence other than harassment.

It’s effective. Not only do the kids hate school because they associate it with soldiers and their threat of abuse, but their motivation and ability to focus is hindered because they feel constantly unsafe, anxious, and scared. Nervous habits like nail biting and pant wetting (after misinterpreting a noise, for example) is common. Also common is aggressive behavior, which the school’s psychologist says is the biggest problem. He holds the soldiers responsible, saying that their behavior exposes the kids to violence from a young age, teaching them to act in violent ways and normalizing its usage.

People have said that it’s a shame Palestinian children are taught hatred and violence. I agree, I suggest that the Israeli Occupation Forces change their inhumane and unnecessary treatment of minors . Israel’s accountability to international and humanitarian law should not be a temporary change of plans induced by international presence. It’s not optional. It’s not conditional. A permanent change of policy is imperative.