New
Home / Hebron / When it is illegal to use your front door: Freedom of movement in Al Khalil

When it is illegal to use your front door: Freedom of movement in Al Khalil

Al-Khalil (Hebron) is a divided city. As a result of the Oslo agreements negotiated in the 1990s – the people of Al Khalil  became familiar with two new terms – H1 and H2. H1 refers to 80% of the city, which is officially under control of the Palestinian Authority, while H2 makes up the remaining 20% and falls under full Israeli military control.  In area H2 Palestinians are daily exposed to human rights violations to an extent that can hardly be overestated. Israel severely restricts Palestinian freedom of movement in H2 in the name of  “separation,” but in practice this is a policy of segregation.

Passing through Checkpoint 56, one of eleven permantly staffed checkpoints betweeen H1 and H2,  the consequences of this policy can be heard, seen, and smelled. Passing through the checkpoint, the scents, sounds and sights of the vibrant commercial city center give way to a deserted area where the only people to be seen are a few settlers strolling down emptied streets and Israeli soldiers posted on rooftoops and street corners. 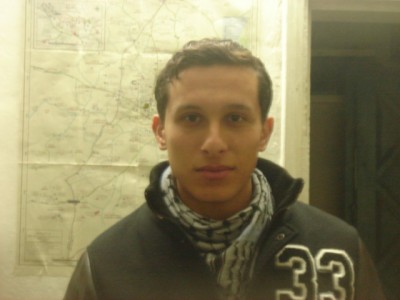 According to the latest UN report on freedom of movement in the West Bank, there are 90 different closure obstacles in the H2-area, that all interfere with freedom of movement for the Palestinians living in or having errands in H2. Closure obstacles can be staffed checkpoints, roadblocks, electric fences with barbed wire, and more.  Along with these closures, Israel has imposed a ban on all Palestinian vehicular traffic on Shuhada street, which was once the vibrant main street – connecting the North with West of Al-Khalil.  In large sections of Shuhada Street, the Israeli army also enforces a ban on pedestrian traffic.

The Oslo Agreement gave Israel the chance to normalize and justify military emergency conditions and zones, already in place since 1994.  That year a known member of the settler community of Khalil, Baruch Goldstein, walked fully armed into the Ibrahami Mosque and killed 29 people – injuring a over 100. Israel’s response to this act reveals an important principle in Israels policy applied in the H2 area –  collective punishment of the victims. Israel’s immediate response to the massacre was a 14 days of round-the-clock curfew – followed by stern restrictions on freedom of movement – with the argument that these measures would prevent reprisal against settlers.

Israel used a situation of emergency to deny Palestinians basic human rights. With the argument of protecting a community of about 650 settlers they imposed, according to Shabarati, disproportionately harsh policies that far exceed any needs for security. Denying inhibatants of Shuhada Street to use their front door, for instance, serves an agenda of making life impossible for Palestininans in H2.  As Shabarati stated  “Israel is looking for excuses rather than reasons for imposing the policy of segregation. ”

Childhood on Shuhada Street during the Intifada

Abed is a young man living on Shuhada Street, who at the moment studies English at Hebron University. Remembering his childhood during the Second Intifada,  week-long curfews and being denied entry/exit through his front door comes to his mind.   “Often times,” he said, “the school would be closed for ten days and then open for one day and so on – the curfew was announced from jeeps driving around the city. We didn’t know for how long the curfew will last.”

According to statistics from B’tselem, Israel imposed curfews on Palestinians for a total of 377 days during the first three years of the Intifada (over 1/3 of the time). The Israeli military used every excuse it could find or devise to tighten an iron fist around the Palestinian population . Although the Israeli military excused repression of civilians during the Second Intifada in the name of “military emergency” –  few restrictions on Palestinians’ freedom of movement in H2 have been removed since then.  Given that the number of Israeli soldier and civilian casualties by Palestinians has been at a minimum since the end of the Intifada, these ’emergency measures’ cannot be justified. 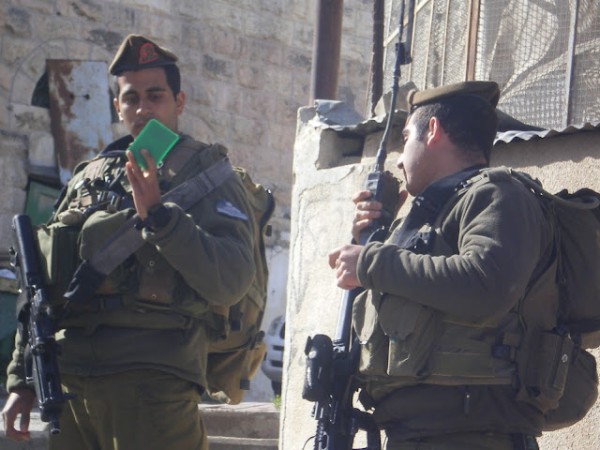 There have been limited improvements. Some inhabitants of Shuhada Street have been allowed intermittent vehicular access to their houses, and in recent years Abed and his family have won the opportunity to receive guests in their house.  However these regained freedoms are not anywhere near to the normalcy Palestinian residents of H2 expect.  For Abed part of the struggle lies in not normalizing this situation of denied freedom within his own city.  “Just three days ago,” he said, “I was detained for three hours on my way to the University.  For me the situation feels somehow normal – but it is not!”

The 90 closure obstacles and thousands of soldiers stationed in Khalil are every day delaying and denying access to inhabitants of Khalil. Severe restrictions on freedom of movement, combined with direct military closure of over 500 shops, have successfully drained the H2 area of life and business. The Palestinans residents of Khalil have an obvious right to freedom of movement and to access Shuhada Street. Open Shuhada Street!

Andreas is a volunteer with International Solidarity Movement (name has been changed).