New
Home / Gaza / Air strike in south east Gaza City: “For the West, you have abandoned us to death”

Air strike in south east Gaza City: “For the West, you have abandoned us to death” 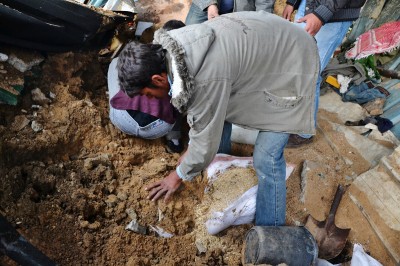 Saturday night Israeli F-16’s bombed civilian targets in several areas of the Gaza strip. One of these strikes killed a man and injured his son in the neighborhood of al-Zaytoon, south-east Gaza city. An F-16 dropped a bomb on a farm just before midnight.

The owner of the farm lost about 20 cows, 30 sheep and most of the feed for the animals. The same farm was targeted was also during Cast Lead and then was rebuilt. The house near the farm was damnaged but luckily nobody was injured. The owner of the house told us: “I was lucky because 10 minutes before the bombing I was with Abed”.

At the scene we found 5-6 young men trying to salvage the feed an anything else they could. A jacket was placed on a cement column. It was the jacket of Abed. Some chickens walked on the rubble.

A chicken lay dead on the ground. A rooster walked over to her body and pushed at it as if was trying to encourage to move. From the rubble emerged the head of a sheep. There was a big crater in the ground from the bomb. 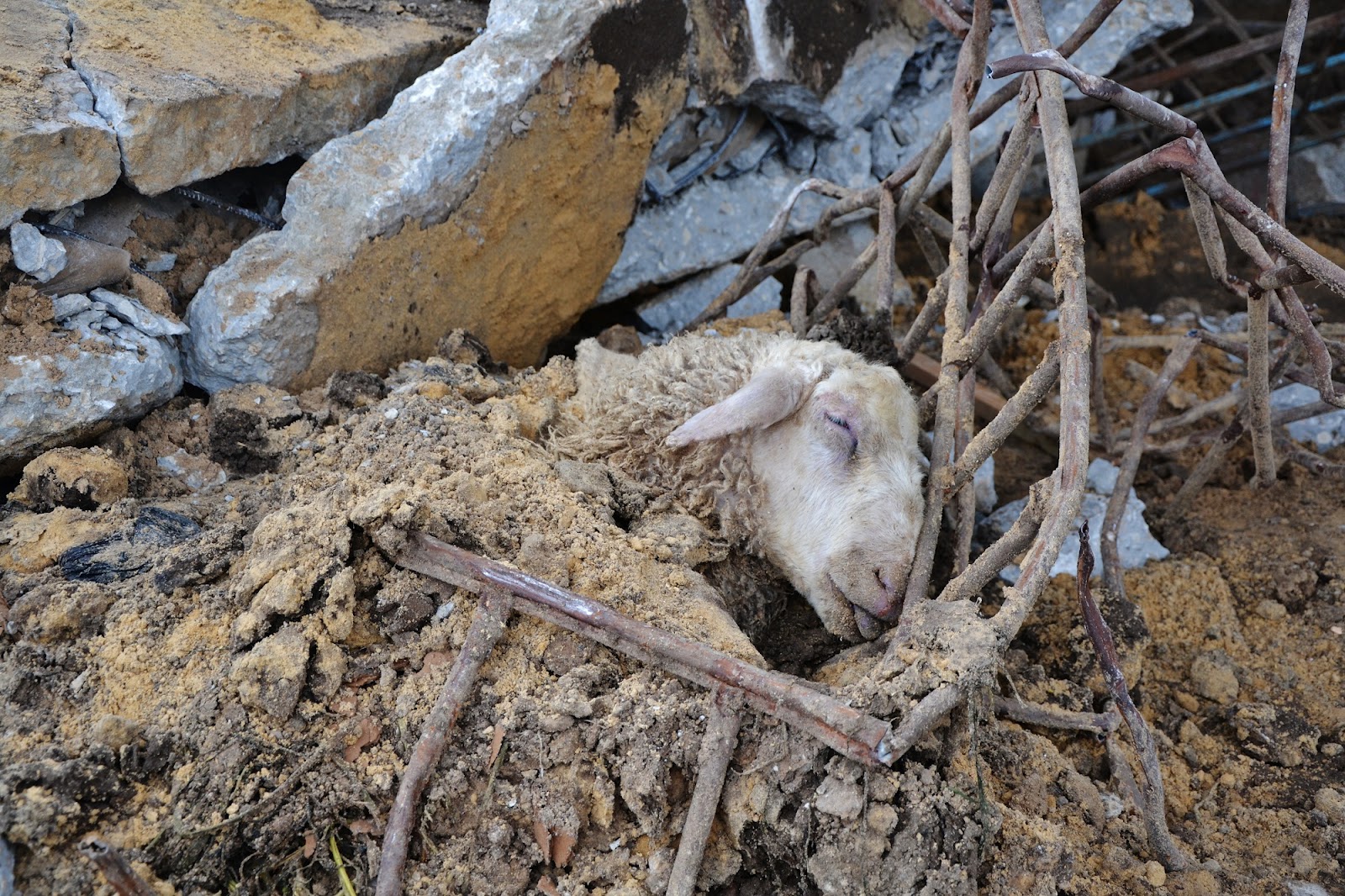 Rubble is spread everywhere. The day after the airstrike we went to the mourning tent. Abed Kareem Zaytooni had 6 sons and 3 daughters. His family were natives of Jaffa. Abed spent the last 20 years of his life working as watchman. He returned home only one day per week.

He started to work in this farm 6 years ago. When he was young he worked as porter.  His brother, Achmed, 73 years old, told us: “We grew up without our parents, our dad died before I can remember.

We came to Gaza directly form Jaffa. Our life started with suffering, we always tried to work anywhere we could. At the end
everyone had his family.”

We visited the son of Abed, Mohammed, 22 years old, in Shifa hospital. Mohammed worked on the same farm as his father, he fed the animals. He started to work there 4 years ago.

He always brought food to his father when he was at work. That night he wanted to replace him so his father could have a  night off. After the bombing he searched for his father, he heard his father’s moaning. Then the moaning stopped. Ten minutes later the ambulance came. 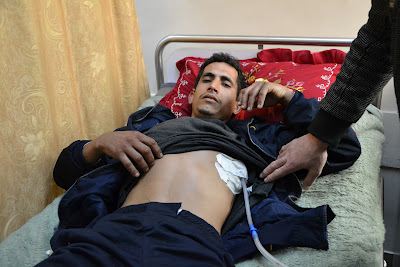 Mohammed is still in the hospital while his wounds heal enough for him to go home. He suffers several broken ribs and a punctured lung. We asked him if had anything to say to the world. He said:

“For the Arab and Islamic people, they must wake up from their  sleep. For the West, you have abandoned us to death”.