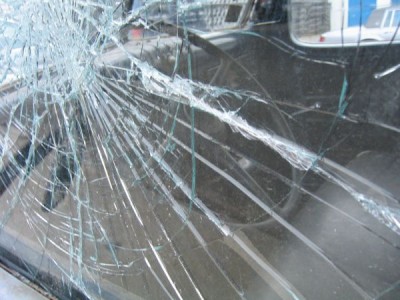 Following her horrific ordeal of having her family’s vehicle attacked by Zionist settlers in early February,  Maysar Abd Al Majeed Ghanem is finally healthy enough to return to home.

The attack resulted in Ghanem spending 36 hours in the Intensive Care Unit and a subsequent 11 days in the hospital. No effort has been made to investigate this attack by Israelis or illegal settlers from Yitzhar settlment, where the attackers are based.

Ghanem and her family will be left recovering from the physical and emotional trauma suffered, whilst remaining aware that at any moment, they or someone they know could be the victim of a similar attack, with potentially the consequences being even more severe.

Although clearly still weak, Mrs. Ghanem was far from beaten, and although there remain significant health issues as a consequence of her attack, when asked how she felt as she lay on her hospital bed flanked by loved ones, Mrs. Ghanem responded, “Better, thank God.”

According Ghanem’s son, Fares it is his brother-in-law and driver of the car, who is finding it most difficult to recover, emotionally that is. Fares Muhammed Ibrahim explained that his brother-in-law feels “guilty” and “responsible” for this incident and has not “shaved” since the attack. Clearly the affects of attacks such as these extend far beyond the physical injuries sustained and can take much longer to recover.

It is without question that Ghanem, her family, and Palestinians in general will continue to resist, whether it be through hunger strikes, weekly protests, refusing to relinquish their rights to live and work on their land, or in this case simply driving along the road to visit your daughter.

Fransisco Reeves is a volunteer with International Solidarity Movement (name has been changed).