When your land is occupied by those who harbor hatred towards you emanating from a belief that they are inherently superior to you, each day brings with it a genuine threat to the security of your life and the lives of your loved ones.

“They want to kill,” is how Fares Muhammed Ibrahim simply put it. And on February 2nd, “they” very nearly did. 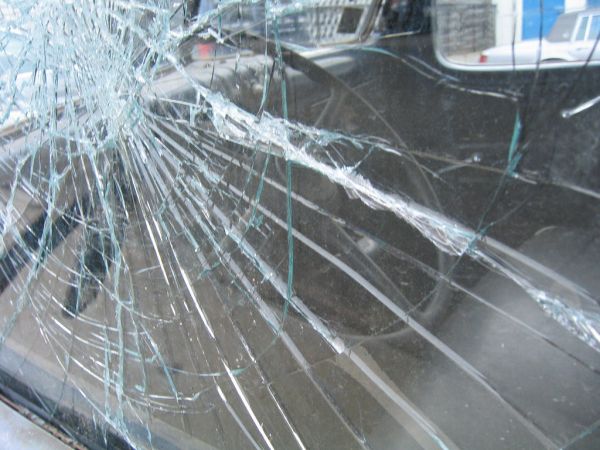 At approximately 1pm Maysar Abd Al Majeed Ghanem, Fares’ 61 year old mother, was travelling in a car along with her husband and her son in law on their way to visit her daughter in Ramallah. The family were travelling along the main road connecting their village of Sarah to Ramallah, known as Yitzhar Road due to its proximity to the infamous settlement.

They were attacked by three settlers standing near the entrance to the illegal Yitzhar settlement.

Fares explained that his brother in law, who was driving the car, saw three men standing by the roadside facing away from the traffic and consequently did realize that these men intended to terrorize them in a way that was potentially fatal.

As the car approached the three men standing near the entrance to the settlement, the men turned around to reveal the large rocks they were holding in their hands. It is clear to the family that this was a premeditated attack on unsuspecting and innocent victims.

The target was obviously Palestinian, without concern for gender or age of passengers. On this occasion it was Mrs. Abd Al Majeed Ghanem who was the unsuspecting victim. The rocks thrown by the three attackers were of such a size and thrown with such force they destroyed both the large rear window and smaller right rear window before striking Ghanem, causing three fractures to her skull and bleeding to the brain.

The injuries were so severe that Ghanem spent 24 hours in the Intensive Care Unit of Nablus Hospital before the doctors considered her condition stable enough for her to be released to the general ward.

“When you throw a stone at a moving car it’s is like throwing a bomb,” said her son. Fortunately the events were not as catastrophic as they potentially could have been, although this is no comfort for the family of the 61 year old.

“This time…they didn’t kill her, but I don’t know about next time” explained Ibrahim. He explained that his mother was one of many victims of attacks by settlers from the illegal Yitzhar settlement and neither the Israeli Occupation Forces nor police do anything to prevents such attacks but instead protect the violent, illegal settlers.

A Palestinian accused of throwing a stone at professionally trained and armed military faces the prospect of years in an Israeli prison.

Ibrahim made the point that if a Palestinian were even accused of committing a similar act to that committed by these three settlers the entire Palestinian village would become a restricted military zone and the accused Palestinian would likely have their home destroyed before type of military trial could begin.

The village of Sarah, home to the family, is a village of many  in the Nablus area that was declared under siege in 2007 after a Military Order had crippled movement between the villages and their access points to Nablus and Ramallah with checkpoints and increased military presence. Now the presence of violent, illegal settlers has increased the tensity of the area and its mobility.

When visiting the family in hospital a day after the attack occurred, and being invited into the hospital ward to see Ghanem, surrounded by several women relatives, sleeping and recovering from her injuries, one could not help but sense the immense feeling of indignity Palestinians are subjected to, and yet the family, like all Palestinians, endure with much dignity.

All the men of the family stood outside of the hospital room.

Under normal circumstances undoubtedly the gender divisions present in some aspects of Palestinian culture would have been maintained, yet ISM volunteers were welcomed to visit the woman. All that remains with the family and Palestinian victims to the violent Israeli military occupation is a hope that the world will eventually take notice of the injustice Palestinians are forced to endure and resist even if that means allowing strangers into the most private of spaces.

Fransisco Reeves is a volunteer with International Solidarity Movement (name has been changed).