The Occupy movement and Palestine 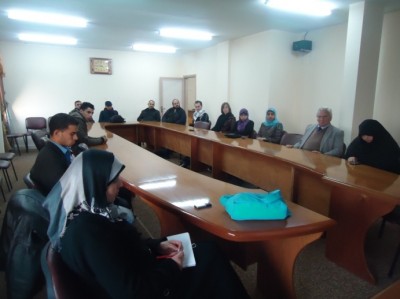 The Occupy movement is an international protest movement directed primarily against economic and social inequality. The first Occupy protest to receive wide coverage was Occupy Wall Street in New York City’s Zuccotti Park, which began on September 17, 2011. It was noticed that a majority among the participants in the movement were pro-Palestinians, who took to the streets holding banners that read “Occupy Wall Street Not Palestine.” The movement received support and solidarity from the BDS National Committee and the Palestinian Grassroots Anti-Apartheid Wall Campaign.

The protests should not be interpreted in isolation from the entire context of the issue, in which Americans feel sick of their government’s policies of intervening in other countries’ affairs. A group of activists gathered yesterday to discuss the movement in relation to Palestine at the Center for Political and Development Studies (CPDS), a Gaza-based think-tank center. Amin Husain, a Palestinian activist living in New York City and one of Occupy Wall Street’s organizers, talked about the main goals of the movement and the context in which it was established.

Those who follow mass media in the United States notice that the movement went unnoticed at the very beginning. “Mass media like CNN and Fox News is controlled by people whose interests are against the goals of the movement, like Robert Murdoch”, said Husain. “They are the 1% who own wealth. We used social media and made visits to churches, mosques and synagogues to get our voices heard,” he added.

Known for its strength and influence in decision-making circles in the US, the Zionist lobby made a major effort to put the movement down. Realizing this, Rawan Yaghi, an 18-year old English Literature student at the Islamic University of Gaza, asked about its role. “The movement was against lobbies altogether,” replied Husain.

Husain invited the participants to make use of the movement to the serve the Palestinian cause, since a great number of its participants feel sick of their country paying apartheid Israel three billion dollars in donations a year as Americans graduate from colleges and universities with no jobs to make their living.

“As Palestinians, we should make use of the momentum it received to serve our issue and expose Israel’s violations of human rights and occupation in the Palestinian Territories. Making use of non-violent means, which were used in the movement to protest occupation, would be useful,” he said.

The Occupy movement, which was partially inspired by the Arab Spring, adopted non-violent methods to get its goals achieved. But many tried to pull it into violence to harm its bright image and serve their own ends.

“It’s important to keep the movement non-violent, for many try to pull it to the circle of violence to defame its image and get it away from its goals,” said Iyad Al-tahrawi, a 22-year old Information Technology student at Al-Azhar University.

This video link is the first in series of links, seminars and lectures held at CPDS to discuss global issues related to Palestine in the presence of Palestinians and internationals to raise Palestinians’ awareness of global issues and movements taking place in the world, with the entire region in flux.