In Photos: Settlement too close for comfort

Kufr Qaddoum’s resistance is only getting stronger and is showing no signs of slowing down. The resilience of the Kufr Qaddoum residents is remarkable. Every week the Israeli Occupation Forces have increased their aggressive attacks, and yet the people still join together every Friday against the injustices they face. Not only have they lost more than half of their land, but also their right of movement. 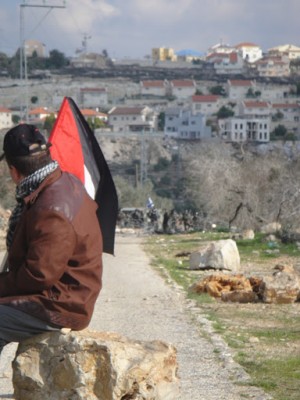 Too close for comfort - Click here for more images

Kufr Qaddoum has been resisting the closure of one of their main roads since 2003. They have and are still going through court appeals to change this illegal army order. Due to the useless Israeli court appeals, the residents decided to declare their rights through protests.

Although it is not obvious, many of the freedom fighters do have concerns about the increased aggression against them. During the protest several statements were made that the soldiers were firing tear gas canisters directly at participants. This was also visually evident as one canister after another just barely missed a local.

Fortunately today, the only physical contact with a tear gas canister occurred when one grazed a man’s leg.  However, the Israeli Occupation Forces’ policy of shooting tear gas to kill was not enough. After an hour of viciously attacking the village with tear gas, the soldiers forcefully drove through the village. A resident stated that the army jeep appeared it was going to run over an international activist.

Unfortunately, there are many similar stories of army incursion into the village, yet Kufr Qaddoum’s quest for freedom will continue, until they have the right to use all their roads freely.