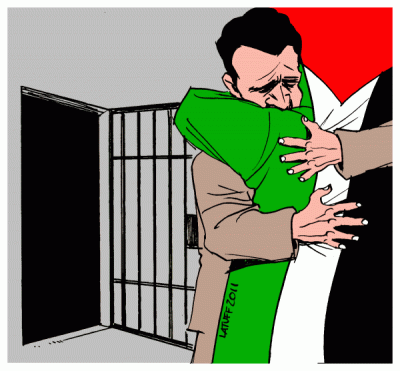 As the second stage of the swap deal begins, Israeli jailers escalate their violations of the simplest rights of the Palestinian political prisoners behind bars and exercise more violence against them. Such are the typical actions of typical Zionist soldiers.

A statement I have heard repeatedly from all my friends who are former prisoners, every time I have asked about how Israeli torture impacts the prisoners’ spirits, is that “Israeli jailers never keep a sense of stability inside prisons. They expose prisoners to extremely difficult situations tying to depress their spirits. However, they always fail at achieving their inhumane aim. Their cruelty brings more strength and will out of the prisoners. No matter how strong those armed and heartless jailers are, our barehanded prisoners are stronger in spirit.”

On Tuesday, 13 December, a savage group of armed Israeli jailers broke into section 10 of Eichel prison and attacked prisoners aggressively.  They sprayed tear gas and pepper powder into the detainees, which resulted in several injuries and cases of suffocation.  They summoned additional military units to break into all 13 rooms of the section. Adding more savagery, they confiscated all the detainees’ possessions, dragging away TV, fans, banning them from the cafeteria, and cutting off electricity and water, leaving Eichel Prison isolated from the outer world.

Rebelling against this violent aggression, the prisoners reacted by chanting and banging on doors.  Our strong-willed detainees have started a short-term hunger strike protesting the unjustified attack, and threatened to take serious protest action, like refusing to stand up for the daily count, in objection to Israeli soldiers’ brutality and arrogance.

As I read this news, reported by the Palestinian Prisoner Club, my mind was preoccupied with my friends Mohammed Brash and his brother Ramzy, who are imprisoned together at Eichel Prison and who witnessed this aggression. I found myself consumed with anger and contacted their family, who live in Al-Am’ary Camp in Ramallah. I called Hamza, their youngest brother, who sounded very worried. “I can’t wait to hear some news about them. I don’t know what to expect from Israel brutality. My brothers might be among those who were injured, but I can never know. Tomorrow, a lawyer of a detainee imprisoned there that I know is going to visit Eichel Prison, and we expect to hear some news if he is allowed to visit.” 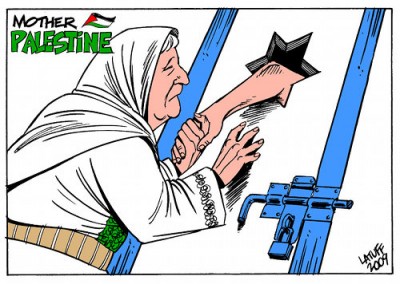 His words added insult to the injury. He made me even more frustrated than I was already. Thinking of his mother, I asked him whether she knew about this attack that prisoners, including her two sons, had faced. I hoped that she doesn’t know about the increased repression. He settled my fears that his mother was aware. “If you were me, would you tell her?” he asked me, but when he only heard my silence, he continued “of course, I didn’t tell her. Imagine the reaction of a mother of two detained sons in the merciless Israeli prisons as she hears of this attack against them. She is already worried and laments their names over and over again, just knowing that they are in prison for the tenth year, so what if this old mother hears such terrible news?”

These violations by Israeli jailers are not something unusual to our ears, which are used to hearing about their violence and aggression, and to our eyes, which are used to witnessing their enduring crimes, oppressions, and humiliations against all categories of Palestinian people. However, one shouldn’t stay silent. The language of silence means submission to their power, which they think is unbreakable, and allows them to exceed all red lines and openly violate human rights and international law. Only the language of action can work here.