Below is an abridged transcript of a talk given at PASSIA (Palestinian Academic Society for the Study of International Affairs ) Round table on ‘Prisoner Release – Palestinian Narratives’ on 31 October 2011 by Fadi Kawasmi, a lawyer who specializes in working with Palestinian prisoners.

“In order to understand the prisoners issue we have to talk about the problem from the beginning.  Why are prisoners very important to Palestinian people?  They are seen as freedom fighters, people that have sacrificed themselves for the sake of liberty.  But I think there is also another reason – it is the suffering that they go through from the moment that they are arrested and even after they are released.

“It is estimated that almost 750,000 Palestinians were arrested by Israel from 1967 to today.  Now, after the prisoner release, there are 9 women in jail, almost 300 children in jail and the whole number of prisoners is estimated be around 5000 – 500 of whom are sentenced to life.  More than 100 prisoners have already spent 20 years or more in prison.  202 prisoners have died in detention.

“When we talk about suffering we have to talk about it from the beginning.  How do the arrests take place?  Usually – for ‘security reasons’ – they take place at night.  Large forces burst into homes and arrest someone.  And someone might think – how dangerous might this be?  But actually it’s very dangerous.  The police, the army – when they enter houses they are so alert because they think that the people they are going to arrest are dangerous and they might harm them.

“For example, a 16 year old kid who – influenced by the media – thought that he could kidnap a settler and exchange him for his relatives who are imprisoned by Israel.  Apparently he didn’t have the means, so his attempt didn’t succeed.  The Israelis knew about him and they went to his house at 3am in order to arrest him.  He was not there but his parents were and after entering into his house the Israelis killed his mother by mistake, his father was left paralysed and they demolished part of the house.  On the second day he turned himself in.  He was sentenced to 15 years in prison.

‘Three or four months ago, the army was about to arrest someone, who they said was not that dangerous, but they entered the wrong house and there was a 65 year old man sleeping in his bed and he was killed in his bed.  The Israeli version of the story is that he made a ‘suspicious move’ and he was killed.

“After the arrest, detainees are usually taken to interrogation facilities.  There are four of them in Israel– the most famous is nearby [in Jerusalem]. It is called the Russian Compound, or as we say in Arabic – ‘Al-Moscovia’.  Detainees are interrogated there by the Israeli intelligence.  Israeli military law allows them to keep detainees for 180 days for the purpose of interrogation.  During this period, several kinds of techniques are used to oblige the detainee to confess – sometimes to confess to something that they didn’t do – torture is one of the means.  Although in 1999, the Israeli high court of justice banned physical torture, several methods of torture are still used by the Israeli intelligence.

“For example, detainees are prevented from sleeping; interrogation sessions sometimes take 20 hours; people are exposed to extreme temperatures.  Sometimes they just play loud music.  They keep detainees seated and handcuffed for hours and hours. They isolate them and they prevent lawyers from seeing them.  Israeli military law allows the Israeli intelligence to prevent the detainee from seeing his lawyer for 30 days and this can be extended by court order.  Another method of abuse is arresting a member of the family; Israeli military law allows the army to arrest someone for 8 days without a court order.  So sometimes they just arrest them and take them to the interrogation facility in order to exert pressure on their beloved ones in order to make them confess.

“What happens in trials – especially in military courts – is really very bad.  There is no right to a fair trial.  Court sessions take place in Hebrew and usually prisoners don’t speak Hebrew.  The court provides translation but this is not usually professional translation.  Most lawyers are Palestinians and they don’t speak Hebrew and the knowledge they have in Israeli military is often really poor.  This is a very big problem for many years and I don’t think it is going to change.

“The most important thing for a prisoner when he is put on trial is not the trial itself, whether he will be found guilty or not, or what sentence will be put on him, it is a completely different thing.  It is when the prisoner is transferred from his place of detention to the court and back again.  I had so many case where prisoners told me – “please, I am ready to spend two more years in prison but please spare me this.  I don’t want this [transfer].  Do everything you can to end this, I can’t take this anymore.”  Why?  It’s because a simple journey – for example from Ktzi’ot prison, Negev to Ofer Prison [near Ramallah] which should take 3 hours, takes 5 or 6 days because of the way the Israeli prison authorities work.  Detainees sometimes stay in buses for 18 hours, travelling in roads without food, water or even access to bathrooms.  Anyone who needs to go to the bathroom will be given a bottle. So there is no right to a fair trial, especially in Israeli military court.” 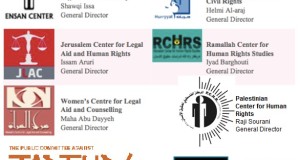 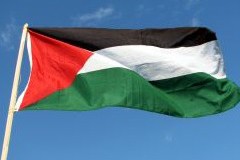 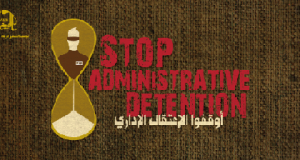