New
Home / Gaza / “Only one half of me is free, but the other half is still there, locked up behind Israeli bars”

“Only one half of me is free, but the other half is still there, locked up behind Israeli bars” 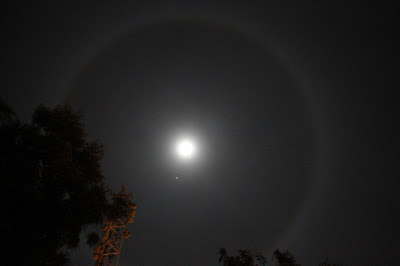 In a nice restaurant overlooking Gaza’s beach, beneath a full moon with a beautiful halo surrounding it, I sat with my new friends who recently were released from Israeli prisons. Their freedom was restricted by Israel’s inhumane rules, including indefinitely deportation from the West Bank, away from their families and friends. However, they all shared one thought: “The problem is not here.  Both the West Bank and Gaza are our homeland. The problem is that our freedom will not be complete until our land and people are totally free.”

I listened carefully to their prison stories and memories of their families in other parts of Palestine. One of the most interesting things for me to hear was the warm, strong, and caring friendships they remembered from inside the painful cells. These unbreakable friendships were their only distractions from the wounds that used to hurt them deeply inside.

One of my new friends is Chris Al-Bandak, the only Christian of the released detainees, who was freed in the first stage of the swap deal. After I was introduced to him, I congratulated him on regaining his freedom, and he faked his smile and replied, “Only one half of me is free, but the other half is still there, locked up behind Israeli bars.”

I didn’t know much about Chris, except for his religion, but many things about him made me want to get to know him more closely. I was quite certain that this impressive 32-year-old man had many interesting stories to tell and learn from.

Chris said that he was one of the people besieged by the Israeli Occupation Forces at the Church of the Nativity in Bethlehem in 2002. That alone made me impatient to hear the rest of his story. “The siege lasted for 40 days. It got more unbearable as time passed, with the food and first aid equipments dwindling. The injured people were under the threat of death, and the others’ lives were endangered as well as the IOF’s pressure increased.”

As Chris spoke, his eyes evoked anger and sorrow as they wandered to his right. He sounded like he was replaying a tape of his most difficult memories. Then he suddenly began stuttering as he said, “My best friend, Hafith Sharay’a, was one of the injured people.” I reminded him that he didn’t have to speak about it if it made him feel bad.

He pulled himself together and kept telling his story. “On the 28th day of the siege, we were on the top floor of the Church of the Nativity, responsible for the lives of the people downstairs and guarding the church, when he was shot in the right side of his stomach. With every drop of blood he lost, my soul burned inside. I couldn’t watch him die and do nothing.” Impatiently I interrupted, asking, “Was he killed?” He shook his head and continued. “His injury left me only two choices: let him bleed to death, or send him to the Israeli Army for treatment, while I was certain that he would afterwards receive at least a life sentence.”

Each option was worse than the other. Chris thought that if Hafith died, he would never see him again. If he was treated and then imprisoned, he might meet him, even though the chance was very small. Hafith and Chris were like soul mates. They didn’t share many things in common. Hafith is older and a Muslim, while Chris is a Christian. However, they prioritized their deep passion for Palestine above everything else. This overcame all their differences, and they share a magical strong friendship which will last forever.

So Chris chose to put his emotions aside and rescue Hafith from death by delivering him to the Israeli army. “On the 29th day, I somehow managed to sneak out of the church and escape.  But ten months later, I was kidnapped by the Israeli Entity’s army.” 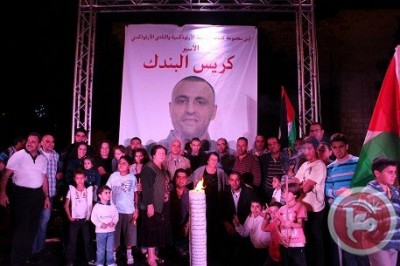 Chris described in detail the horrible story of his capture. He had gone to visit some of his relatives. Within 20 minutes of his arrival, the Israeli army arrived in great numbers and surrounded the house. He faked a name for himself and answered the police’s questions in a very sarcastic way. He told all his relatives to say his name was Fady if asked, which they did. He refused to admit that he was Chris. After several hours of investigation, pressure, and threats of bombing the house and arresting his mother and brother, one of the children was shedding tears out of fear. Seeing this, a policeman used the child’s innocence and tricked him. After the policeman said that the soldiers would leave if he said the real name of Chris, the child admitted it.

Chris was persistent, and didn’t admit his identity until they were about to bomb the house in front of his eyes. After his confession, he was asked where he had been sleeping at night. He replied, “You bombed my house, so where did you expect me to go? I spent my nights in the cemetery.” The interrogator was very shocked at his reply and asked him, “Weren’t you afraid among all dead bodies in their graves?” He answered, with an angry, challenging look in the Israeli soldiers’ eyes, “One shouldn’t fear the dead. They are dead. But we should be afraid of the living people whose conscience is dead!”

Then they blindfolded him, pushed him inside one of their Gibbs vehicles, and headed to an interrogation center, where he was psychologically and physically tortured for 43 days. Chris constantly thought of his friend Hafith, and hoped that his imprisonment would allow him to meet his best friend again.

This happened in a very narrow cell in Ramla Prison, as he waited to learn in which prison he would be jailed. The detainees were having “foura”, an hour-long break that detainees take daily outside their jails in a hall, and a very small window, closed with a revealing cover, separated him from the hall. Suddenly he glimpsed his friend Hafith and found himself screaming his name loudly to get his attention. “Our re-union was so emotional, especially behind a fenced barrier,” he said with a broken smile.

Their happiness didn’t last long, as they had to separate once the foura was done. Chris was transferred to Asqalan Prison, then to Nafha. “I stayed away from Haifith for over a year, but during that time, I never stopped hoping that God would be kind enough to bring us together again.”

Chris was in Nafha when his friend was transferred there, finally uniting them. Then they went through a series of separations keeping them apart for a total of four years. “A prison offers no sense of stability.” Chris said. “When we were imprisoned, we didn’t stop our struggle, but we started another stage of resistance of a different kind, determination and persistence mixed with hope.”

During the period before Chris was released, he shared a prison cell with Hafith. “Other detainees received the news of their freedom with screams of joy and happiness, but I received it with tears. I didn’t even feel 1% happy, as I realized that only I was included in the swap deal. Even now, I feel like my body is outside but my heart is still inside the prison with Hafith and all the other detainees,” Chris said with sadness on his face.

“I am very grateful for having Hafith as a big brother. But I am broken inside because he didn’t get his freedom back. I am sure that he’s such a steadfast man that nothing can depress his spirit,” he said, attempting to console himself.

Their friendship amazed me. It can’t be described in words. I pray that Haifith, along with all the Palestinian political prisoners, will be freed soon. I hope Hafith maintains his strength which used to inspire and strengthen Chris. Chris said that Hafith made him believe in his principle that “the prison’s door must unlock someday. It’s only an obstacle, and is bound to fade away at some point.” I hope it will be unlocked soon to let all prisoners breathe the sweet fragrance of freedom again.