IWPS is run entirely by volunteers, committed to peace and justice.

Successful applicants will be invited to one of our 6 day training programs (European training scheduled Autumn 2011; US training scheduled Sept 2011) and will serve a minimum of one 3 month term in the West Bank, Palestine, as well as supporting our work outside of Palestine.

Applicants should be able to commit to further terms in Palestine of one to three months for a three year period.

The training will be provided by experienced IWPS volunteers, who freely give their time.

Trainers include the author of Words From Palestine and Anna Baltzer, author of “A Witness in Palestine” and the National Organizer at the US Campaign to End the Occupation.

For more information and to download an application pack please go to: www.iwps.info or contact us on applyiwps@gmail.com.

Please apply as soon as possible to be considered for the next training, as places are limited.

Since 2002, the International Women’s Peace Service in Palestine (IWPS-Palestine) has been documenting and non-violently intervening in human rights abuses carried out by the Israeli military and Israeli settlers in the Occupied West Bank against the Palestinian civilian population. We are the only all women team of internationals working in the Occupied West Bank and we are currently looking for new volunteers to join us on the ground in Palestine.

IWPS – Palestine is located in the Salfit district, a rural area located close to Nablus. The district, as well as the nearby Nablus and Qalqilya districts, are affected by more than 20 illegal Israeli settlements located in the “Ariel settlement bloc”. We were established at the height of the Al Aqsa Intifada in response to a call from the village of Hares for an international presence in their village.

Hares, which is home to 3000 Palestinians (mainly farmers), is located in the heart of the Ariel settlement bloc and was under curfew and almost daily invasion from the Israeli military. During one of these invasions in 2001, our neighbour Issa was shot by an Israeli soldier and paralysed. At the time of the shooting, Issa was attempting to bring to safety a group of small children who had been playing outside when the Israeli military invaded the village.(see http://www.occupationalhazard.org/article.php?IDD=413).

After 7 years in Hares, we recently relocated to the neighbouring village of Deir Istyia, which like Hares and other Palestinian villages under the occupation, continues to suffer greatly. In the past months, Deir Istiya has been subject to semi-regular curfew and invasion. The village which is home to just over 3100 people has already lost much of its land to Israel’s occupation and is now struggling to keep more of its land being taken by the illegal settlements.

Since our establishment 8 years ago, hundreds of women from around the world have joined us in Hares and now Deir Istiya. They have played a vital role in not only documenting and non-violently intervening in human rights abuses carried out by the Israeli military and illegal Israeli settlers, they have also been active in supporting Palestinian non-violent resistance to end Israel’s occupation and to stop the building of the apartheid wall. IWPS volunteers over the years have provided regular accompaniment to Palestinian civilians, including to farmers trying to reach their land and who have been prevented by the Israeli military and/or illegal settlers. We have also coordinated internationals teams to assist with accompaniment during olive harvest each year. Our team members have been part of the non-violent civil resistance which has attempted to stop the demolition of Palestinian homes and the construction of the apartheid wall.

In the last three years, our team members have been increasingly called on to try and intervene to stop and/or document the increasing number of Israeli settler attacks on Palestinian civilians and villages. While there has been a dramatic increase in the number of settler attacks on Palestinians across the Occupied West Bank, many of the worst attacks have occurred in the nearby Nablus district. These attacks by illegal settlers have included the poisoning of Palestinian livestock, the torching and burning of hundreds of dunums of Palestinian agricultural land, the invasion of Palestinian villages by armed settlers, the beating and stoning of unarmed Palestinian residents, the destruction of Palestinian property and the firing of homemade missiles at Palestinian villages on several occasions. In response to these attacks, our team members have regularly provided a temporary international presence in the villages under attack in order to try and stop the attacks, while also documenting the attacks in an attempt to bring them to the attention of the wider public, internationally.

IWPS-Palestine is run solely by volunteers from around the world and we have just issued a call for new volunteers – both long term and short term, to join us on the ground in Palestine. We will be holding training seminars for successful volunteer applicants in September in the USA and in Autumn in Europe. If you would like to find out more about IWPS, you can either visit our website at www.iwps.info or you can contact as at applyiwps@gmail.com and we will send you details of our application process. 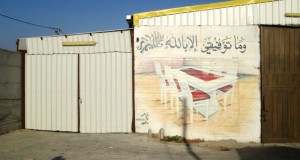