On the morning of Wednesday, 4 August, Palestinians from At-Tuwani found that their fence built between the village and the nearby Havat Ma’on settler outpost had been partially destroyed during the night. The fence, made from cemented metal supports and barbed wire, was funded by European Commission for Humanitarian Aid, Union of Agricultural Work Committee, and Save the Children UK. At-Tuwani villagers built the fence in March 2010 with the aim of protecting crops planted in the area, defining the borders of the agricultural land belonging to Palestinians, and as a response to the ongoing and rapid expansion of the nearby Ma’on settlement and Havat Ma’on outpost. The villagers also constructed the fence to help protect the village from Israeli settler raids (such as the events of 26 January, see press release “Israeli settlers and soldiers invade At-Tuwani, attack and injure villagers” and 12 June, see press release “Israeli masked settlers attack At-Tuwani Palestinian village”).

The morning of August 4, Palestinian villagers found 17 poles supporting the fence pulled up and about 100m of barb wire fencing cut in pieces. They suspect that the perpetrators of this action are the Israeli settlers from the outpost. During this year the same fence had already been damaged on 11 May (see press release “Palestinian fence vandalized in At-Tuwani village”). After that incident, the owner of the land filed a complaint to the Israeli police but he never received any update from them concerning the progress of the investigation.

This property damage is just the last of several ongoing provocations carried out by the Israeli army and Israeli settlers which Palestinian communities in the South Hebron Hills have committed to respond to with nonviolent resistance.

Pictures of the incident: 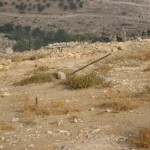 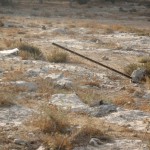 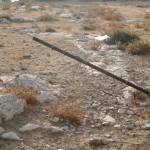 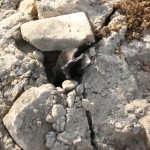 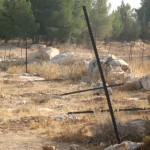 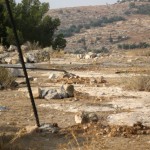 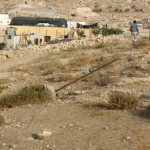 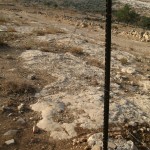 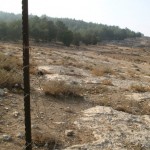