The Israeli army invaded the Palestinian city of Nablus shortly after midnight, Saturday 26 December, raided three houses and executed three men. Several family members have been injured and houses, where families of the three killed men lived, have been left completely destroyed. The army used live ammunition against the men, at least two of whom were unarmed and fired rockets at the houses, while their residents were still inside.

The Israeli military claims the men were wanted for their involvement in the recent West Bank killing of an Israeli settler near Tulkarem, for which a group associated with the Al-Aqsa Martyrs Brigade claimed responsibility. The killings are, however, in flagrant breach of international law and represent assassinations without trial.

The human rights organization B’Tselem, who collected testimonies from family members of the three killed men, issued a statement condemning these killings. According to B’tselem, evidence gathered in the houses suggests that the Israeli military acted as if they were carrying out executions, rather than arrests. Eyewitnesses and relatives told the organization that at least two of the three men were unarmed and did not attempt to escape. This was confirmed by a senior IDF official, who told Israel Radio that the three men had not fired at the Israeli soldiers and that two of them were unarmed. B’Tselem also stated that, according to eyewitnesses, the soldiers did not try to stop or arrest the men, but simply shot them from a close range after discovering their identities. 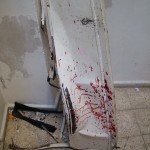 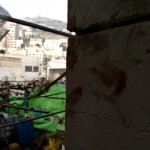 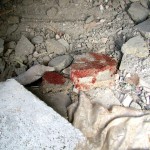 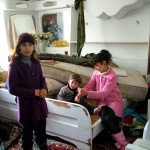 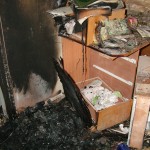 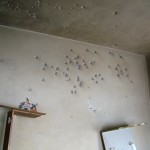 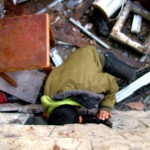 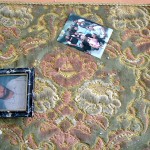 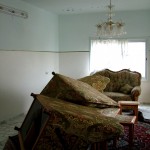 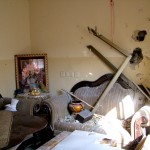 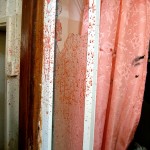 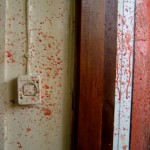 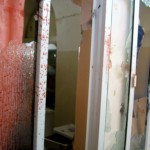 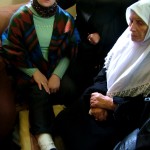 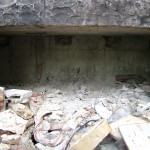 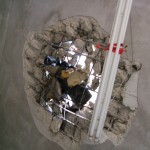 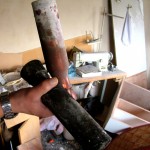 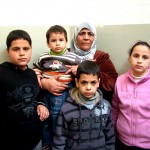 First house the Israeli army invaded was the house of Gassan Abu Sharkh in the Old City of Nablus. Just after midnight, the military forced open the entrance door and ordered twenty members of Ghassan’s extended family to leave the house. Ghassan, who remained in the hallway, was shot several times from a short distance in his head. Ghassan’s family reported to ISM activists, who visited the scene in the morning, that the army fire was so intense that his head was split in half as result and the room was covered in blood and remains of his brain. Windows, doors, furniture were all destroyed by the soldiers. Ghassan (38), who worked as an electrician, left behind a wife, three sons and one daughter.

Second invaded house was also in the Old City and belonged to the family of Raed Sarakji. Israeli soldiers blew the door open with explosives at about 2.30am, entered the house and forced the entire family of twenty out of their home. They then opened fire on Raed as he was coming down the stairs. He was left to bleed to death in front of his family. His pregnant wife was shot in her foot. The military destroyed furniture in the house and broke many windows and doors.

The third house was raided at 3am, when the Israeli military in the force of approximately 180 soldiers (30 army jeeps) entered the Ras Al-Ain neighbourhood, close to the Old City, and occupied several houses surrounding the Subih family house. From the roofs of an adjacent house soldiers then fired several rockets at upper levels of the Subih house, leaving huge cavities in the walls and blowing a hole between the third and fourth levels of the house. The soldiers on the ground then blew open the door and entered the whole house, forcing the families one by one out into the street and firing live ammunition inside the house. The soldiers found and executed Anan Subih inside of the house, while members of his family were all detained outside. Anan was married and left behind five daughters and two sons. ISM activists reported bullet holes everywhere in the house, which was left ransacked and partially flooded after the army shot at the water tanks on its roof.

After the killings children gathered in the streets of Nablus throwing rocks at jeeps, to which the army responded by firing sound bombs and live ammunition. They left the city at 8am. Residents say Israeli spotter planes had been flying low over Nablus for the last two days, conducting reconnaissance missions.

According to B’Tselem, during the second intifada, Israel formally adopted a policy of assassinating Palestinians suspected of membership in armed organizations. At least seventeen of the eighty-nine Palestinians killed by Israeli forces between 2004 and 2005, during arrest operations, were not wanted by Israel and were not suspected by Israel of having committed any offense. In addition, at least forty-three of those killed were unarmed, or were not attempting to use their arms against Israeli security forces at the time they were killed.

B’Tselem has documented cases in which Israeli soldiers besieged a house in which they claimed a wanted person was present, and then fired at another occupant of the house when he opened the door, without prior warning and without offering them a chance to surrender. In other cases, the security forces disarmed the wanted persons, but then shot and killed them. In all these cases, the security forces acted as if they were carrying out an assassination and not an arrest, in flagrant breach of international humanitarian law.

Based on the report’s findings, there is a grave suspicion that execution of Palestinians has become a norm among the Israeli forces. Since the beginning of the second intifada, only a few cases in which Palestinians were shot and killed by soldiers have been investigated and members of the security forces were not held accountable for their actions.