ISM London wishes to thank activist Raphael Cohen for a generous donation he recently made from the funds the court awarded him after his recent libel action against a London newspaper.

Raph – as he’s known within the ISM – instigated legal proceedings against the Jewish Chronicle after it published a letter in November 2008 falsely claiming he had “sheltered” British suicide bombers five days before they blew up a Tel Aviv bar in 2003.

In April, Raph won the case in the high court, accepting substantial damages and an apology. The paper also paid legal costs. The weekly newspaper accepted it should never have published the letter.

This month, Raph announced to ISM London that he would donate part of his award to the ISM. 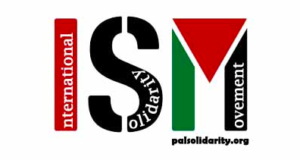