On Monday, the 4th of May, a Hebron resident’s arm was broken by two soldiers in the old city.  49-year-old Mohammad Hashem Borqan was on his way to pray at the Ibrahimi Mosque at around 5:30am.  As he went through the checkpoint at the entrance to the mosque, two soldiers started beating and kicking him.  Mohammad fell to the ground, breaking his arm.  After the beating the soldiers ordered him to leave the area, and he was forced to take himself to the hospital. 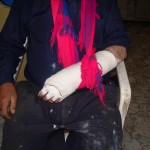 Mohammad Hashem Borqan displays his broken arm after being beaten by Israeli soldiers. 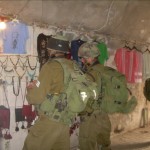 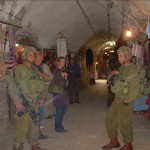 Additionally, at around 2:00pm that same day, seven Israeli soldiers entered at least two Palestinian handcraft shops in the old city of Hebron near the illegal Israeli settlement of Beit Romano.  They harassed the shop-keepers, and told them that they were not checking all of the shops in the area, just the ones they felt were “dangerous.”  The soldiers brought tape measures with them, and measured the entrances to the doors and the lengths of the room.  The soldiers also took pictures of the shops, as well as the items on sale.  They also took down the details of the shop-keepers’ ID cards and asked them such things as where they lived and how many children they had.  The soldiers left both shops after around 45 minutes.