New
Home / Reports / Settler violence on the rise in Hebron

Settler violence on the rise in Hebron

Violence from illegal Israeli settlers directed at Palestinian residents in Hebron is an almost everyday occurrence.  Recently however, several incidents indicate that settler violence in the city is increasing.  On the 4th of April at around 3pm, Shah Aiwa, a 7-year-old Palestinian boy, was injured in his head after having stones thrown at him by settler children.  The stoning occurred near the boy’s home in the old city, next to Beit Romano settlement. Shah was playing with another child when two settler boys started throwing stones at them from a nearby roof.  According to both Shah and eyewitnesses who gathered at the scene, incidents like this are very common, happening 5 to 6 times a week.  The stone that hit Shah on the head weighed over a kilo, and the injury he received required attention by medical staff from Hebron hospital. 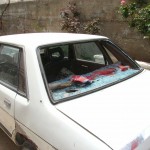 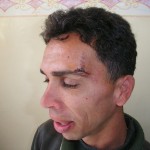 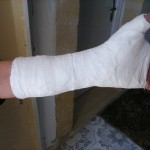 In a separate incident that same day, 17 Palestinian cars were damaged from stones thrown by settlers from Kiryat Arba.  Israeli soldiers were present and witnessed the vandalism, but did nothing to prevent it.   Recently, some Palestinian residences in that area have also had windows smashed from settler stones.  Testimonials from residents suggest that the violence from Kiryat Arba settlers has risen in recent weeks.

Additionally, in the Tel Rumeida neighborhood of the city, several houses have been attacked by settlers at night.  The residents of these houses say that 20 masked settlers descended on their homes at around 10pm on the 4th of April.  Settlers threw stones at the windows, breaking at least three of them.  At around 8pm that same night, a 28-year-old Palestinian resident was beaten by settlers in front of his house.  The man sustained two broken bones in his wrist and a large cut near his eye as a result of the beating.  A civilian observer with TIPH (Temporary International Presence in Hebron) was also attacked by settlers while he was walking in al-Shuhada street on the 4th of April.