ei: “They know no limits now” 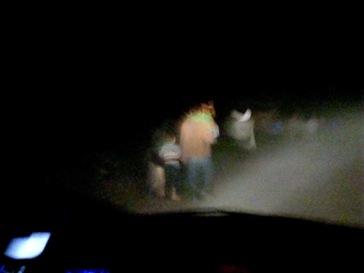 In the haze of dust and smoke from the latest F-16 strike, a family self-evacuates. The dispatcher at the Jabaliya Palestine Red Crescent Society (PRCS) receives call after call from terrified residents fleeing their homes. It’s a new year, a new Nakba, and an old scene; Israel is bombarding Gaza once again and the world is standing idly by, sitting on a fence very different from the electrified border fence encaging Gaza, or the separation wall dividing and ghettoizing the West Bank. The world sits on the fence, justifying Israel’s massacre of a civilian population already dying from the siege.

We are four ambulances out tonight, versus two last night. The ambulances weave nimbly along blacked-out streets of a manufactured ghost town — like the streets all over Gaza — dodging fresh piles of rubble,

It’s absolutely impossible, unbelievable, it’s a massacre. “They know no limits now,” the medics report. “They are going crazy.” 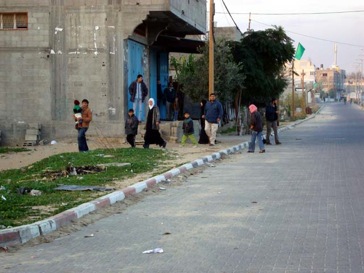 We pass shells of houses, mosques, schools and shops, and see streams of panicked residents fleeing for their lives. Many more began to flee this morning after yet another night of bombardment on and around their houses. I saw the remains of rubble. This morning when Israel dropped the flyers announcing their intention to bomb the northern regions in collective punishment, residents believed it. The lights in Jabaliya’s PRCS stations are out, the power has just cut. In the dark, and cold, the sounds of explosions outside are more pronounced. 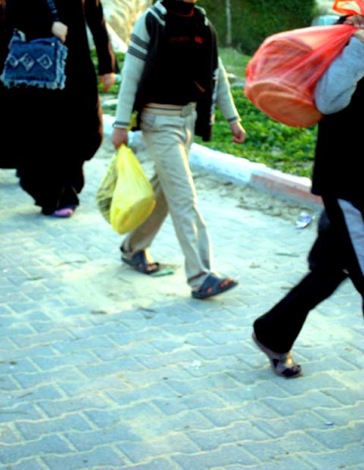 Acrid smoke from the shelling poisons the air. The feeling of being utterly surrounded by war planes, tanks, bulldozers and warships increases as news comes of the latest attack around Gaza: an orphanage in Gaza City, near the Palestine Mosque, with whispers that the holy place is next, marking at least 10 mosques destroyed. The number of dead and injured from the attack on the Ibrahim al-Makadma Mosque today is 11 and 50 respectively, and rising.

The calls for help from the northwest region, and from 500 kilometers east of this ambulance station, must go unanswered. The medics must coordinate with Israel via the ICRC. A bitter irony; the occupier denies permission to leave, the occupier invades, the invader kills and injures, and — beyond belief — holds the power to grant permission to retrieve those that the invader has injured or killed.

My article ends in continued disbelief — to the thuds of explosions and Apache blades; to the staccato of firing into the night; and to blasts hitting unknown targets with an unknown end.

Eva Bartlett is a Canadian human rights advocate and freelancer who spent eight months in 2007 living in West Bank communities and four months in Cairo and at the Rafah crossing. She is currently based in the Gaza Strip after having arrived with the 3rd Free Gaza Movement boat in November. She has been working with the International Solidarity Movement in Gaza, accompanying ambulances while witnessing and documenting the ongoing Israeli air strikes and ground invasion of the Gaza Strip.