Extreme violence from the Israeli army in Ni’lin

On Thursday, the 14th of August, peaceful protesters from the village of Ni’lin, who’s lands are being annexed by the construction of Israel’s apartheid wall, were met by extreme violence by the occupation forces. 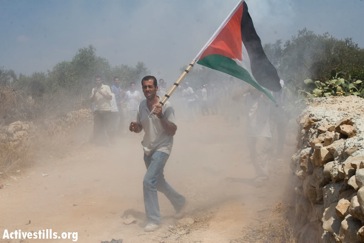 The army later came deep into the village of Ni’lin, bombarding streets and houses with teargas for several hours and injuring at least fifteen persons. 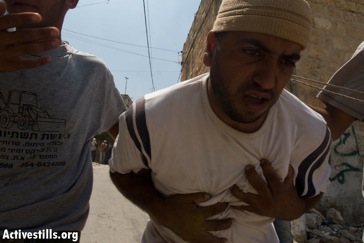 Following the invasion on the night of the 13th of August, when eight jeeps entered the village, shot massive amounts of teargas into the homes of sleeping families and arrested one person, protesters gathered inside the village around noon and started walking towards the fields where the wall is being built. They were soon met by Israeli forces who used teargas and physical violence to drive them away. Soldiers used dogs and teargas projectiles to herd the demonstration back towards the village, where several jeeps and many soldiers where already ready to continue fighting. 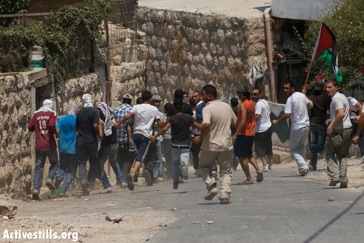 During the whole afternoon the military stayed in the village, moving down towards the main square of Ni’lin. They used extreme amounts of teargas, shot randomly at houses and people, and were aiming for demonstrators with teargas projectiles and rubber-coated steel bullets. At least fifteen people, three of them internationals, where injured during the day, five of them having been hit in the head by bullets and teargas canisters. The soldiers also detained three Palestinians and one Israeli citizen who was accused of throwing stones. All four were later released. Not until five in the evening did the soldiers pull back and the clouds of teargas evaporate. 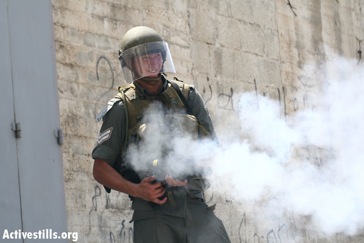 The demonstration was part of the continuing resistance of the people of Ni’lin, who are responding to the increased vilence by Israeli forces with increased determination to keep struggling for their rights and against the occupation. If constructed as planned, the apartheid wall will leave Ni’lin with as little as ten percent of their original farmland, and the tunnel that is being planned at the entrance of the village will severely restrict freedom of movement and transportation to and from Ni’lin, effectively reducing the possibility of maintaining anything close to normal life for the five thousand villagers. Hundreds of people have been injured during the past months’ resistance, and two boys, ten and seventeen years old, have been murdered by Israeli forces. 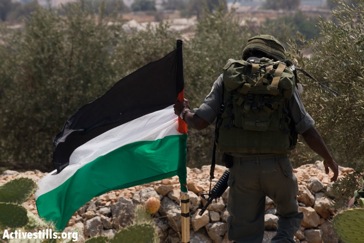