Palestinian farmers have their home destroyed and belongings stolen by settlers 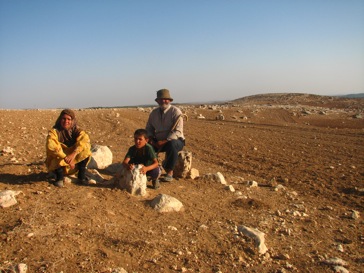 At 9.30pm 25 settlers arrived by car to Palestinian land near the illegal outpost of Asaeel. The settler mob walked up to the home of a farming family and told them to leave, whereupon they started to tear down the tent, stealing everything in the household: from gas ovens to teapots. Asked who they were, they claimed to not being locals but inhabitants of Hebron settlement Kiryat Arba. Trying in vain to stop the stealing of his property, the Palestinian farmer managed to stop an army jeep. The soldiers however told the man to call the police, even though the soldiers witnessed all belongings of the Palestinian family being stolen and stuffed in to cars. 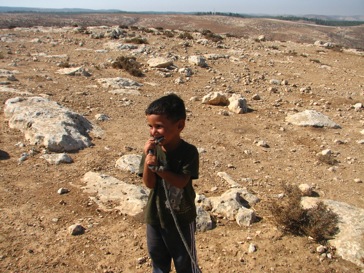 At 11 am the settlers were gone and with them the a Palestinian home. Police later arrived and took the information about the incident, though they stated that since there were “no evidence of Palestinian residence” at the location, therefore the only crime committed by the settlers were property theft. Left without shelter, food or water the family are now homeless by force. After several hours under burning sun, they received a primitive tent and basic food supplies from the red cross.

Palestinian shepherds and farmers in the South Hebron Hills live under constant threat from settler attacks. The settlers systematically attack Palestinians in order to dispute their land, when they succeed in their intimidation they can state that the land is not used by Palestinians. There are several settler attacks reported weekly in the region.