Thursday the 24th July the popular organizations of Nablus arranged a protest march against the previous weeks military assaults on Nablus social and economic life. 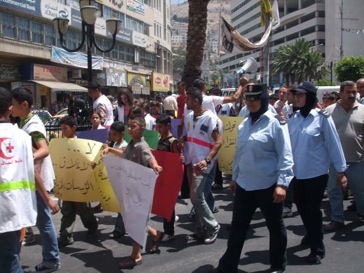 The 250 participants gathered in the city centre and marched to the local TV-station Afaq that was vandalized by the Israeli army. Before the march speakers acknowledged that the resistance against the assaults upon health clinics, mosques, schools and organizations will continue and that they will not let the social and economic life of the city get strangled by the military invasions. 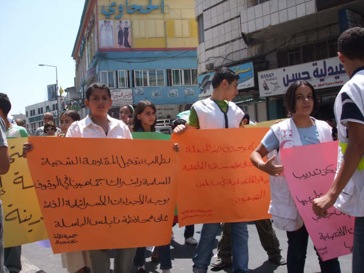 The protesters marched to the TV-station Afaq and opened the door that was sealed by the Israeli army during the invasion. 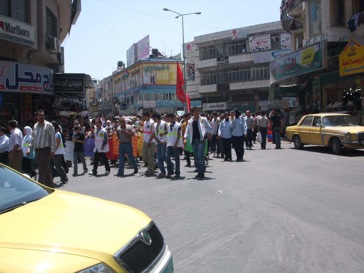