*Update, February 14th* Yesterday the five day curfew of the West Bank town of Azzoun came to an end. Although the new roadblocks barring traffic to Isla and road 60 remain in place, the towns residents can now walk in the streets.

Nobody was injured during the curfew, but the army fired many rubber bullets, live ammunition, and threw many sound bombs whilst enforcing the curfew at night. One family’s home was ransacked whilst they were falsely accused of throwing rocks at the army from their living room window. The secured metal wire mesh in front of their window is proof of their innocence. 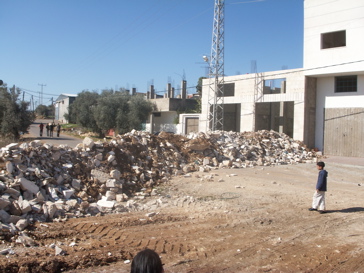 The village of Azzoun remains under strict curfew following the large scale invasion on Friday 8th February. The village of 11,000 people, situated in the Qalqilya region, is currently under siege, with residents unable to leave their homes and local businesses forced to remain closed since ten Israeli army vehicles invaded at 7PM Friday night. All except two roads out of the village have been blocked by huge earth-mounds.

For the past three days Israeli soldiers have been terrorising the village, shooting live ammunition, rubber-bullets and sound-bombs at frightened residents. This invasion is the most recent of the almost daily incursions the village has been made subject to for the last two years. 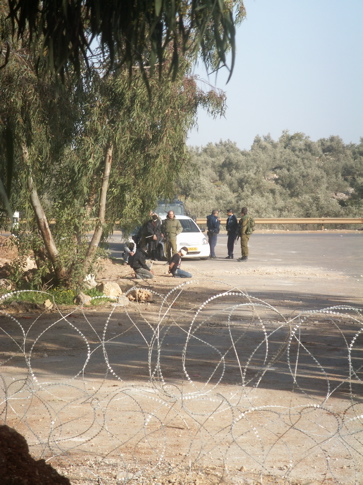 So far, eleven youths have been taken by the army, two of whom were arrested and are currently in jail. One of the boys was arrested on Sunday morning while trying to obtain medicine for his diabetic mother. The others were taken and later released, reporting that they were beaten by the army. International human rights workers (HRW’s) witnessed four of these youths being held at the main entrance to Azzoun handcuffed and blindfolded, before subsequently being released without charge. When questioned, soldiers claimed that the youths had been detained for violating the imposed curfew.

Residents awoke on Saturday morning to discover that the main entrance to the village, which had just been opened the previous day, has now been blocked by a two meter high earth-mound and razor-wire. Some locals spontaneously began to attempt to remove the road-block, only to be forced away by soldiers threatening to shoot. All passage across the earth-mound is until now prohibited.

Throughout that day, six jeeps constantly roamed the streets of Azzoun, sirens blaring and shooting sound-bombs and live ammunition to announce their presence, commanding residents to stay inside their homes. As two HRW’s attempted to film the collective punishment of the village, they were violently attacked by soldiers who attempted to steal their camera, forcing the HRW’s to the ground. Unable to obtain the HRW’s camera, soldiers threatened to break the camera should the HRW’s be seen filming again. When advised that this was illegal, the commander of the unit insisted, “I make my own legal”. 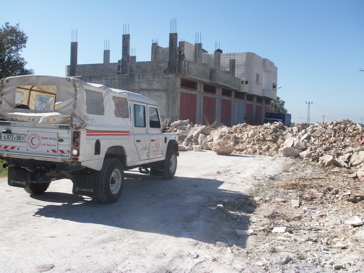 On Sunday, four jeeps patrolled the village, again firing sound bombs and live ammunition. One house was then invaded by the soldiers who broke down the door and abducted one male youth, who remains in custody. The curfew was imposed throughout the day, despite claims from the District Command Office (DCO) that it had been lifted early in the morning. That night bulldozers could be seen in the village, closing all roads except two out of the village, including agricultural roads.

This seige of Azzoun is devastating for the local economy with businesses forced to close and farmers unable to properly attend their crops and distribute their produce. This once prosperous commercial hub has been economically crippled by two years of ongoing curfews imposed by the Israeli army.

Soldiers advised the HRW’s that the curfew and road-blocks were imposed as a result of a projectile being thrown at the Israeli only road that runs along the northern perimeter of Azzoun. However, such measures demonstrated by the army are clear examples of collective punishment, illegal under international law. 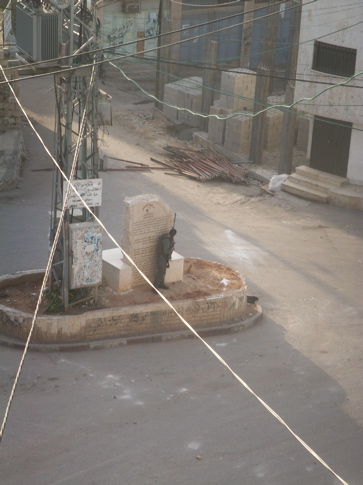