Apartheid Masked: Settlements being built and Palestinian homes demolished under the shadow of “peace” talks. 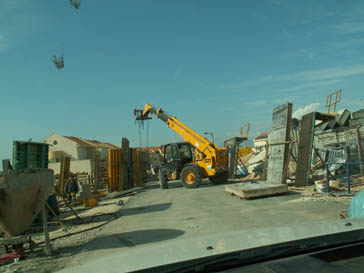 Peace Now Settlement Watch says: “Although Olmert declared a settlement freeze, we see that on the ground there is construction in settlements all over the West Bank, in all kinds of settlements, and as long as the Government does not stop settlement activity on the ground, the negotiations cannot succeed.”

A group of activists documented this continued construction in several settlements. They also documented the demolition of Palestinian houses which has continued after the peace conference, eight homes having been destroyed since Annapolis. They filmed construction in Nof Zion and Har Homa last week, and also took pictures of construction going on in Modi’in Illit, Ma’ale Adumim, Karnei Shomron, Alfei Menashe, and the Barkan industrial area. 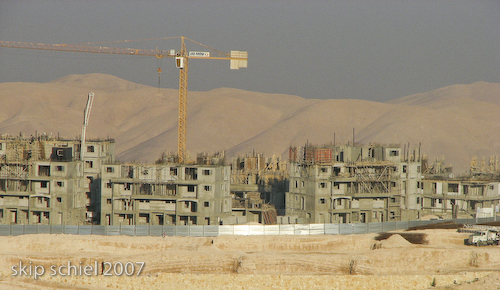 Activists also documented the construction that is taking place on the train being built to run through occupied East Jerusalem villages of Shuafat and Beit Hanina. This train will link settlements like Givat Ze’ev to Jerusalem, and with the settlements inside and around Jerusalem, create facts on the ground which will make a future Palestinian state, with Al-Quds as its capital, impossible.

The Israeli Cabinet recently instructed the Israel Antiquities Authority to continue excavations at the Mugrabi walkway, the former site of the Mugrabi neighbourhood which was demolished in 1967, near the Western Wall in occupied East Jerusalem. A team of Turkish experts who had examined the excavations recommended that Israel stop work immediately. Their findings were published in a report which said that Israel was attempting to disrupt Jerusalem’s history by stressing the Jewish aspect of Jerusalem, and that the excavations were part of a “systematically implemented effort to destroy values associated with cultural assets of the Ayyubid, Mameluke and Ottoman periods.” 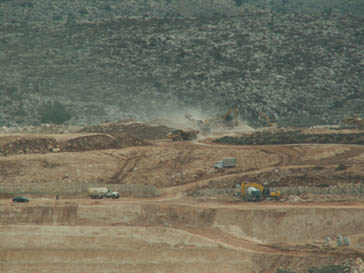 The 2003 Roadmap to Peace that Israeli Prime Minister Ehud Olmert and Palestinian President Mahmoud Abbas agreed at Annapolis to resume says unequivocally that Israel must “freeze all settlement activity, including the “natural growth” of existing settlements.”