Last night settler riots ravaged the West Bank town of Al Funduq, causing an estimated $25,000 worth of damage. The riots began at approximately 8pm, after a congregation of 300 settlers from Qedemim, who had come to pray at the site of a recent shooting, turned violent. The settlers then proceeded to surround Palestinian homes, throwing stones, smashing windows, damaging cars, and beating local men who were walking in the vicinity of the riots. Human Rights Workers (HRWs) arrived at the scene at approximately 10:30pm to find the Israeli Military and police firing live ammunition at Palestinians. Making no attempt to stop the riots, they instead turned their attentions to the HRWs and local Palestinians, firing sound bombs, flares and live ammunition. Seven Palestinian men were beaten and one was arrested. 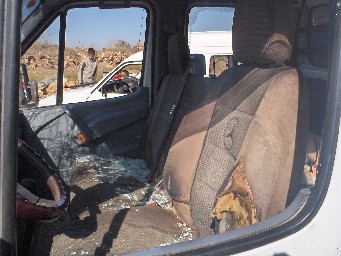 The settlers continued their riot unhindered until 1am, smashing the windows of approximately 20 houses, 10 cars, 1 truck, and a Palestinian bulldozer. Water pipes in the village were cut, and once again the marble factory was attacked, causing $7,000 worth of damage. This follows the raid on Monday 19th when settlers broke $17,000 worth of marble.

The marble factory, and Al Funduq, have borne the misfortune of being the site of a settler shooting on Monday night. Israeli soldiers have admitted to villagers that the shooter did not come from Al Funduq but last night’s riots, and the previous attacks, can be read as part of a strategy to collectively punish the village for the shooting. The curfew of Al Funduq continues, and the three recently erected earth mound roadblocks that seal off all passage to the north are still in place. 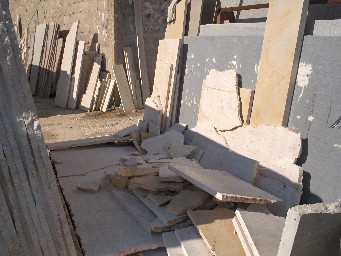 The people of Al Funduq have always coexisted peacefully with local settlers, who even came to village for shopping. Street signs are in Hebrew and Arabic. They are being punished for an incident in which they played no part.

Today the Israeli army have moved into the nearby town of Haja. A new system of roadblocks continues to obstruct movement between villages and hinder economic activity in the region. The collective punishment of the Qalqilya region shows no sign of abating. 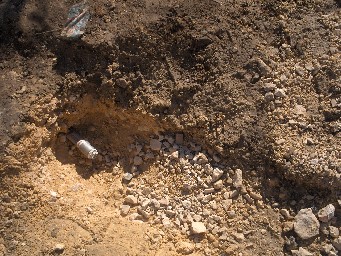 above: the water pipe cut in last nights riots 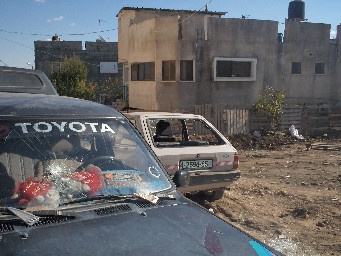 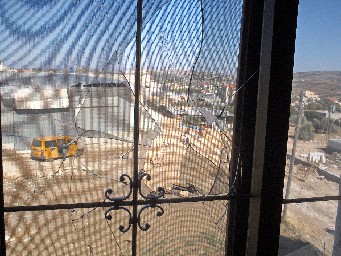