On being an international inside a refugee camp under invasion 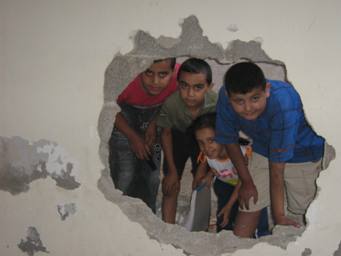 It can be hard being a human rights activist during normal circumstances. It’s even harder during Ramadan! I haven’t had any intentions to fast, but it can be terribly difficult not to. Drinking water behind the backs of a bunch of people from the UN when everyone is looking in another direction is one way to do it. The best example though, was maybe yesterday, somewhere in an invaded refugee camp in Palestine, eating bananas inside the bathroom of one of the families we were trying to help.

The last few days might have been the biggest experience I’ve ever had. I was prepared to go to Hebron Wednesday when I was informed that the city was declared a closed military zone. As an international going there it means getting arrested, and there’s definitely better causes for being arrested in this country. Since the Al-Ayn refugee camp in Nablus, a piece of land as big as the size of two football fields and the home for 6000 people, was under occupation I decided to go there instead. I did have second thoughts as at that time I did not consider myself to be one of the brave ones.

Me and two other activists, together with a Palestinian volunteer medical team decided to sneak into the camp. They were going to deliver food, medicine, and other supplies to those in need after more than two days of curfew, and they needed our presence to prevent harassment from the Israeli soldiers. We were going through the crowded alleyways from house to house shouting, “volunteer, international… don’t shoot” every time we turned around a corner. The whole place was full of soldiers taking over houses of families, many of them with small children. 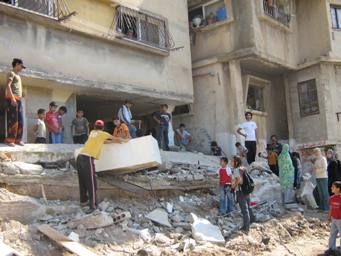 We went in to one house which was the home of 50 people, among them were a huge amount of kids. We were talking to them, giving them supplies, and I won’t forget their happy faces giving them the rest of my bananas. Not much more then half an hour later there was a giant explosion inside the camp. Black intense smoke mixed with all sorts of different burnt stuff flying around in the air. It was the house of the family being demolished because one of the people in there happened to be the cousin of one of the men wanted.

Another family gave us the mission to get a 20 year old female student from Tulkarem out of there. She was visiting friends when the camp got invaded and since then she wasn’t allowed to leave. We gave her one of our neon vests and she joined our group to be able to leave the camp and get home. 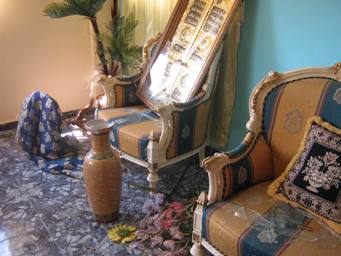 When we were passing the same soldiers for the third time they had definitely had it. There was no way out but to leave and there was no way to convince them about the opposite. The frustration among us was big and even bigger when we saw our friends right outside the camp fully loaded with bread but unable to get in. All we wanted was to receive it and hand it to the closest home for the family there to continue passing it on to the ones in need. The soldiers were not up for that at all. Walking around in the alleys you could easily tell that they were really nervous about being where they were and by the fact that we were distracting them from doing their job. They kept on repeating that we were not safe in there and they did not want to shoot us by accident. Eventually they did force us out together with the unpleasant experience of my first sound bomb. I’m telling you it’s really loud! We had no choice but to run out.

The last day of the invasion the UN finally decided to show up. But they refused to go into the camp – it was too dangerous so they said. Truth is that they are the ones in charge of it and if anyone was going to be able to do something to improve the conditions inside of the camp being occupied it should have been them. But it was us. We were the only internationals in there. 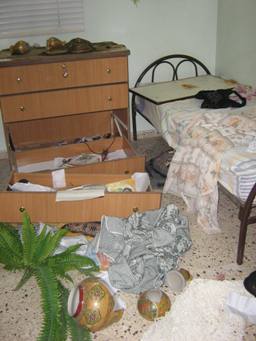 By five in the morning the soldiers had left. Mission completed, or not really though. They actually only caught two out of seven wanted men before they gave up, leaving an even more screwed up life for those they left behind. One Israeli soldier was killed but three Palestinians – among them one 16 year old boy and one 38 year old disabled man. They were no threat to them what so ever but only in the wrong place at the wrong time opening their windows to look out. Walking around today in the remains of people’s blown up houses reminded me of a war film. Walking around inside people’s destroyed homes reminded me of a brutal nonhuman reality. I kept on thinking how the hell I would be able to tell people about this. I was there but I still find it surreal. 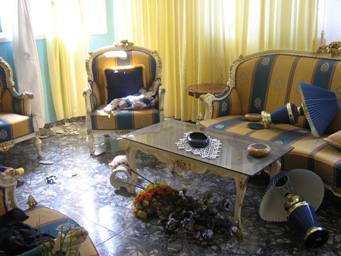 You always learn something new about yourself; not once inside of there was I afraid. If it was because I’ve got the guts or because the situation simply was too surreal for me I don’t know, but it surely was not pleasant to have the huge rifle of an Israeli soldier pointed at me. I guess I now can count myself one of the brave ones and I put a great honour into being renamed by the guys in the medical teams when I again saw them after coming out of the camp. I carry my new name with pride – Falastiin. Even though I have to admit that afterwards my knees were pretty shaky.

For more information on the invasion and siege of Al-Ayn refugee camp in Nablus, click here: https://www.palsolidarity.org/main/2007/09/21/army-incursion-in-al-ayn-refugee-camp-nablus/ 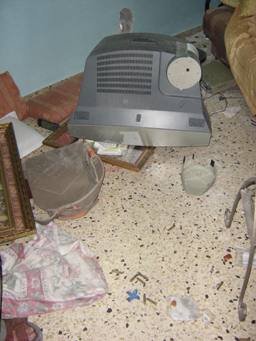