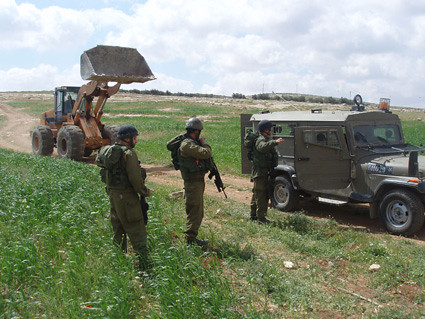 UPDATE: In response to the demolitions in South Hebron, Palestinians from South Hebron are calling on international and Israeli solidarity activists to join them in two actions this Saturday, April 21. Activists will join shepherds and residents on the land in the villages of Twani and Baweeb. Afterwards, all are invited to discuss the demolitions and determine a strategy for preventing future demolitions.

The Israeli army invaded the villages of Qawawis and Towani south of the city of Hebron in the southern part of the West Bank, uprooted trees and demolished houses on Thursday midday. 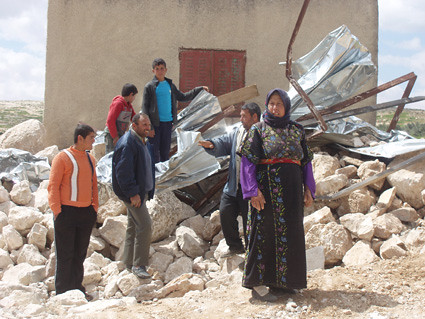 In Qawawis village the Israeli army troops, along with several bulldozers, stormed the village and demolished six farmers’ homes and one animal shed. Soldiers even handed out a demolition order to families that are still living in a tent since their home was demolished several months ago by the Israeli army. 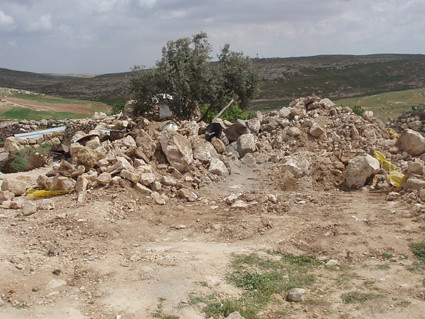 The Israeli military, in alliance with illegal Israeli settlers, has been trying to force the Palestinian residents of the south Hebron hills to leave their homes for years. Due to harassment from the nearby Israeli outposts several of the young families of Qawawis moved to a nearby town; when the Israeli army then forcibly evacuated the remaining families, a court ordered that the families could return to their homes.

According to a lawyer representing the families, the Israeli army now claims that this court ruling allows only the last inhabitants of Qawawis to return, not their children who earlier fled the assaults of the Israeli settlers.

Meanwhile, another Israeli force along with one bulldozer uprooted at least 50 trees and a water well that belong to Palestinian farmers in the village of Towani, also located south of Hebron city. Israeli human rights activists arrived shortly after the army attack told IMEMC that the soldiers not only uprooted olive trees which are 10 years old, but also took the trees with them when they left.