The olive doesn’t fall far from the tree

Today (Thursday, Nov 16) is definitely a good day to pick some olives; in fact, with the heavy rain from yesterday, it is even better that we are doing this as soon as possible. Too much rain makes problems for the harvest and for the olives harvested (I’m not sure why but too much water is no good), so it is good that we’re harvesting today. Full of early morning coffee and tea, we are going to pick olives with a couple of Faroun villagers in their olive groves, which lie across the street from the village (just south of Tulkarem). So, if you live in Faroun and have land that you want to get to, all you have to do is cross a street.

I rarely think of crossing a street as difficult, but our friend Yusef has to go through a lot of trouble to cross this street. Immediately on either side of the street is a tall fence loaded with electronic sensors; on either side of this fence is a wide pathway, then another fence, then a bunch of razor wire, and then a trench. 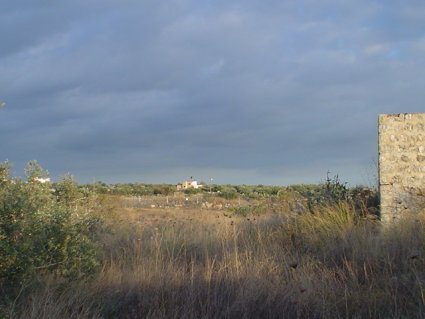 You see, like so many Palestinian villages, Yusef’s village, Faroun, is cut off from its agricultural land by Israel’s annexation wall. Just like Bil’in, Jayyus and many other rural communities, the main road through the village comes to a dead end at the annexation fence. Unlike the two other villages I named though, at the place where the main road through Faroun meets the annexation fence there is no gate through which to pass, so access is a bit trickier. So, early this morning, like we did yesterday morning, I, a few foreigners and our friend Yusef start our trek through the village of Faroun to Faroun’s agricultural land by walking around the village — yes, around the village. 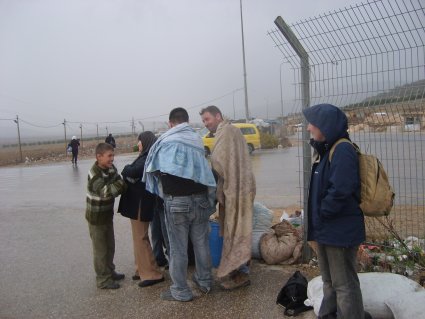 The nearest point of access between Faroun the village and Faroun the agricultural land is off a road that goes around the village. This road around the village has a turnoff which comes to an end at an Israeli checkpoint. On the other side of this checkpoint is a road which goes directly to Yusef’s land, but the road is a restricted access road open only to Israelis and the few native Palestinians who hold Israeli work permits. To access the 4500 dunums (roughly 900 acres) of Faroun land which lie between the Green Line and Israel’s annexation fence, the Faroun residents must first get a permit from Israel, and those with permits must travel an additional 7-9km to the Jubara checkpoint to present their permit to the soldiers. Even with the permit, access ultimately depends on the discretion of the Israeli soldiers stationed at the checkpoint. 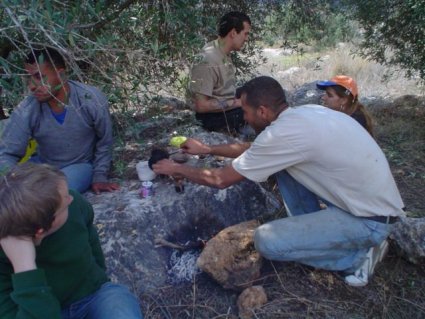 For the first time in two years, Israel has granted Yusef access to his land, and he now carries a permit good for one month. Even with this permit, there are some additional barriers: the nearest point of access to his land, where the village road meets the Israeli road, is at this checkpoint through which, technically, he is not allowed to pass. 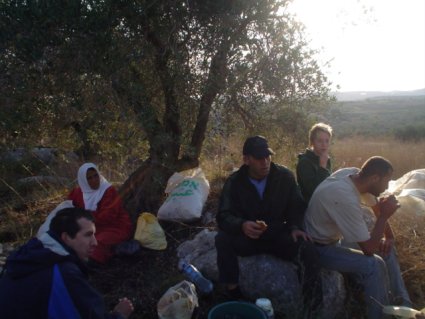 You see, Yusef’s land access permit is meaningless at the nearest checkpoint, as it only allows him access to his land, not to the State of Israel, and the road to his land is officially claimed as part of the State of Israel. However, this morning we decide that, since Yusef has four foreigners with him, we’d try to pass through this checkpoint, hoping that, in the presence of foreigners, the Israeli soldiers would let everyone through. We successfully passed through with Jawad yesterday, so why not try again? 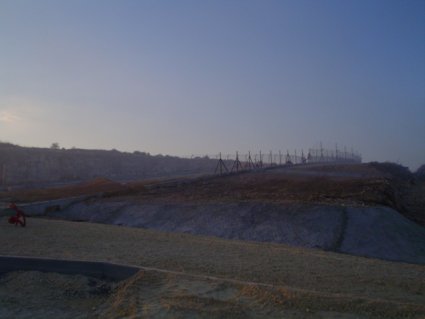 This early in the morning there is no line. As we reach the checkpoint, the casual interrogation begins. “Why are you here?”, “Where are you from, etc.” Yusef hands over his permit, and, after another soldier arrives to debate the status of this permit, the first soldier turns to me and says, “You can pass here, but he cannot pass.” To which we ask, “Why? He lives here — his olive grove is just 100 meters up this road. Why can foreigners pass and this man can’t? We think it’s ridiculous that we can go to his land and he can’t. What is the problem?” 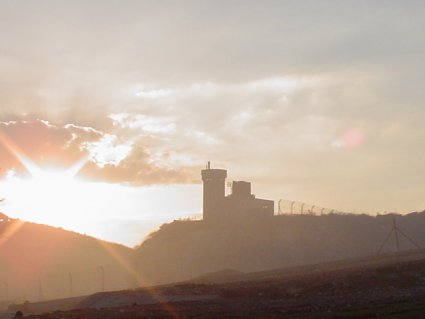 To this the second soldier replied, “It is complicated, but…” and explained that, as mentioned earlier, only Israelis or those who have a permit to work in Israel can pass. After about thirty minutes trying to get the soldier to change his mind –“this is silly, we’re only going 100 meters down the road, can you call your superiors, etc.”– a commander offers Yusef a compromise. “You can escort them to the land, then you must return here and go around to pass through the proper checkpoint.” This is just too stupid to be real. Yusef heads back to catch a ride to the Jubara checkpoint, and the four of us walk up the restricted road to his land.

We arrive in the grove to find Yusef’s cousin and his mother pouring the tea, so we have some tea and get started right away. First, we lay plastic tarp on the ground, then some of us start stripping the tree of olives ether by hand or with a small, hand-held rake, letting olives fall to the tarp beneath the tree. Cousin Raed –who has a 3-month permit– and a family friend get in the trees to show us foreigners how real work gets done.

Some of these trees are so loaded with olives that it takes a group of five people one hour to finish one tree, but some of them are underdeveloped and don’t have much fruit. For the small or underdeveloped trees, we don’t bother laying a tarp, instead plucking the olives by hand and catching them with buckets or aprons. We get a pretty good rhythm going: as some of us finish one tree, others get started on another. We clear away two years of undergrowth and scrub brush to prepare the area to lay a tarp down, then start plucking, yanking, raking, and picking olives. We spend the rest of the morning repeating the process.

We stop for lunch at around 11:30AM; I don’t know where it came from; Um Yusef must have carried it with her, because one minute she’s putting olives in buckets and the next she’s telling us to sit and eat, which is probably my favorite thing to do here. Maybe harvesting olives is a close second, but eating ranks pretty high.

People here like their guests to eat, and in this I fancy myself an overachiever. If only my appetite matched my enthusiasm, I would be a Palestinian children’s story or some sort of Saint for food-eaters. But it’s not only the food but the sharing — the culture of collectivism I’m slowly getting accustomed to. Cooking Arabic coffee over a campfire, sipping tea under an olive tree, and keeping such great company make it quite easy to forget the utter stupidity, casual inhumanity and naked brutality of the circumstances which have brought us here. At the moment I see no soldiers, no police, no weapons, no racism and hate… and I am truly happy to be here. Should I feel ashamed for having such a good time with Yusef, Raed, and the rest of our hosts? It really doesn’t feel like work.

As the Palestinian olive harvest nears its end, I consider the persistence of these farmers who continue to defy the theft and expropriation of their land: these farmers are the last line of defense for Palestine’s very survival. In fact, the olive harvest itself may be the biggest roadblock to a seemingly impending erasure of a culture.

Of course you can discuss perhaps the economics of the olive, the olive tree, olive oil and the region, but this resistance act is not an economic act. The travel restrictions which make import/export unavailable to Palesinians renders any such discussion almost pointless. The economics? There are none. Israel has pretty much managed to sever the economic ties between the Palestinians and their most famous domestic product –the olive– through travel restrictions. Under this occupation, farming your olives is much less a profit venture than a necessary way to be what you are. It is no longer profitable to maintain your groves, pick your olives, and simply be what you are — an olive farmer. Hell, in some circumstances it is not even possible.

So why continue? Why do these people bang their heads against the wall? Why spend all available time jumping through Israel’s hoops to get permits, then walking one or two hours out of the way just to work as an olive farmer and not make a living? You could say that many of these farmers have nothing to gain and everything to lose. The very fact that these farmers continue to work in their fields and on their lands may be the biggest act of defiance and complete noncooperation I have seen: they simply refuse to disappear. These people are as solid and as strong as the hundreds-year-old trees they care for, as persistent as the thousands-year-old traditions they keep. As they refuse to let the occupation kill their traditions and their lands, they refuse to let the occupation kill their spirits.

You could say that the olive doesn’t fall far from the tree.