New
Home / Journals / Harassment in the village of Qawawis

Harassment in the village of Qawawis 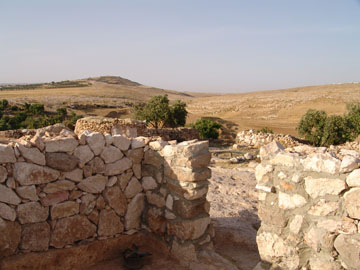 The sheperds living in the hamlet of Qawawis, south of Hebron, live in constant fear of the settlers living in the nearby illegal settlement outpost. All settlements are illegal under international law, but the settlement outpost near Qawawis is illegal, even by Israeli standards, a fact that doesn’t seem to have any effect on the Israeli authorities. The illegal outpost is hooked up to electricity, water and a road that is paved to to the outpost’s entrance. The nearby native Palestinian village has no access to these services.

The outpost — though illegal — is protected by the Israeli military and police, but that protection is not extended to Palestinians in Qawawis. Adding to the problem, the Israeli government has forbidden Qawawis villagers from building structures, even to replace those that have been destroyed by settlers.

The Israeli government has been trying to root Palestinians out of their homes in the Southern hebron Hills for years, but has, as of yet, failed to do so. According to the Israeli human rights group B’Tselem, nearly 1,000 Paelstinians in the area, including those in Qawawis, are choosing to live as their ancestors have for generations, “living in caves and earning a living from farming and livestock.”People in the area point out this way of life serves a purpose aside from ideas about nostalgia: The Israeli military has forbidden villagers from construction on their own land, even to replace those building destroyed by settlers. The caves also provide added security during settler or military incursions.

Israeli officials use the caves to argue that expulsion of the residents is justified because they are not permanent residents, and that the expulsion is an imperative military need.”

I stayed In Qawawis for three days. On the first day, a group of settlers appeared on a hill that is part of the village. The Palestinian family living on this hill had just returned home from a nearby town, where they fled to two years ago to escape settler violence. Shortly after the appearance of the settlers, who carried machine-guns, an army jeep arrived and waited for the settlers to leave for 40 minutes. On the third day a settler car stopped on the settlement road and two settlers came out and walk towards a Shepard and his flock, hurling verbal abuse for about 10 minutes before continuing on their way.

These two incidents ended without violence but this is not always the case. The community lives under constant threat. The families of Qawawis are defenseless. They urgently ask for your help.

B’Tselem is urging the government of Israel to revoke the order declaring the caves area in South Mt. Hebron a closed military area and cancel the eviction orders currently pending against the cave residents. The organization is also calling on the the army and police to protect the cave residents; enforce the laws in protecting villagers from violent settlers; recognize the right of the cave residents to live in their villages; and to compensate Palestinians whose land and personal property were damaged by settlers, the army, or the Civil Administration.

Related links:
dances in the madhouse