On the morning of Thursday the 2nd of June, Israeli Occupation Forces (IOF) stormed Dheisha refugee camp, south of the West Bank town of Bethlehem, at dawn to arrest several residents. In the process of their operation soldiers shot 29-year-old Ayman Muhaisen with live ammunition several times, after which he succumbed to his wounds. Two other Palestinians were reportedly injured with live ammunition, according to the Red Crescent. 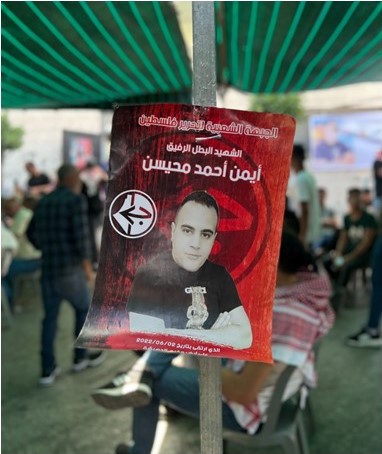 Ayman leaves behind three children, including a 7-month-old son and a daughter who had just graduated from kindergarten a day before. That afternoon, the streets of Dheisha were filled from Ayman’s home across to the cemetery by Artas as thousands came to mourn him and show their defiance in the face of yet another killing. Ayman rests in a cemetery that after the last few years is literally overflowing with martyrs since an IOF commander publicly threatened to disable every youth in the camp in 2019. 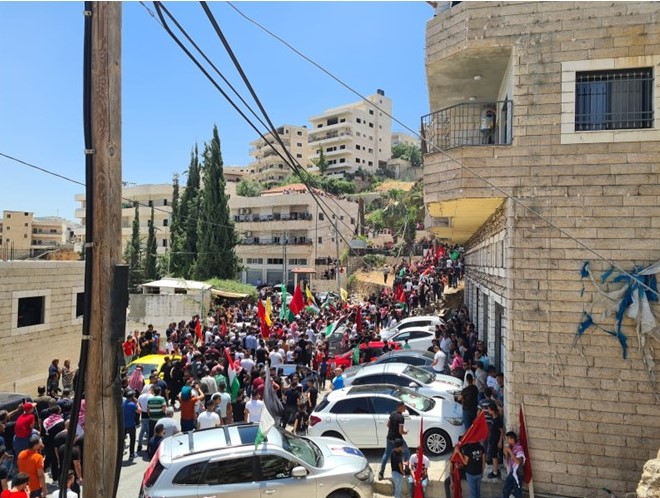 ISM met with Naji Odeh, director of independent non-profit Laylac organisation, who spoke about the increasing frequency of such raids by the IOF, which have turned particularly deadly in the past few years: “these raids have become a normality in Dheisha, witnessing some 2-3 of these a week”. Ayman’s death exemplifies the brutality of such arrests, in which soldiers do not hesitate to use live ammunition.

A Palestinian youth called Mahmoud took ISM to the location where Ayman was shot just in front of his house, showing us where several bullets made holes in the walls and all across the residential neighbourhood. Just beside the corner where traces of his dried blood could still be seen was a mural with the names and pictures of previous martyrs killed in this area – the last of which, a blank image with a question mark with simply the word مين؟ or who? Inscribed on top. “We never know who will be next. It could be any of us”, Naji said. 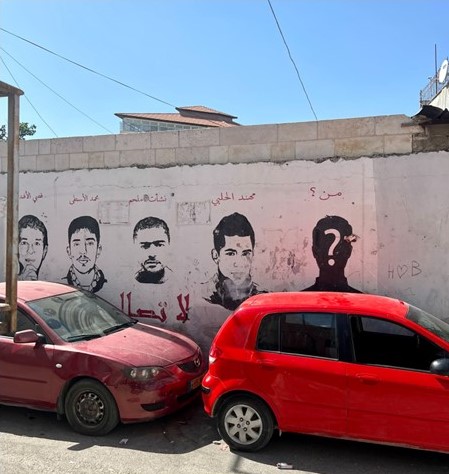 Naji set up Laylac with the aim of assisting, educating and providing support for young Palestinians from both Dheisha and across the West Bank who have grown up and continue to live in an environment subjected to such brutal outcomes of the Israeli apartheid regime. Reliant on completely independent funding and dozens of volunteers, Laylac has helped children from the refugee camp continue their studies as the coronavirus pandemic halted many educational systems across the West Bank. The organisation also collaborates with several local schools in organising activities from portrait classes to trips abroad to France. Mahmoud, aged 13, and who witnessed the cold-blooded killing of Ayman Muhaisen in today’s morning raid, is one of many students who will travel abroad for the first time in their lives with the help of Laylac. 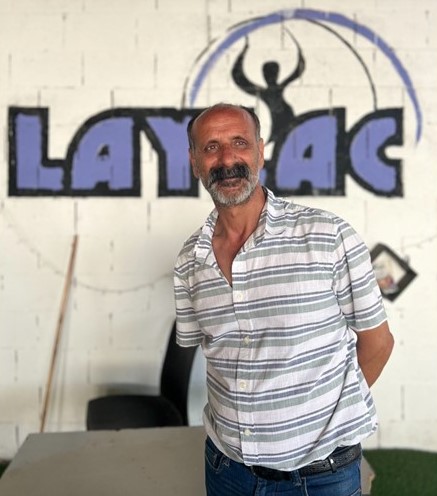 Naji Odeh at the headquarters of Laylac