in Features, In the Media, Press Releases, Reports October 19, 2019 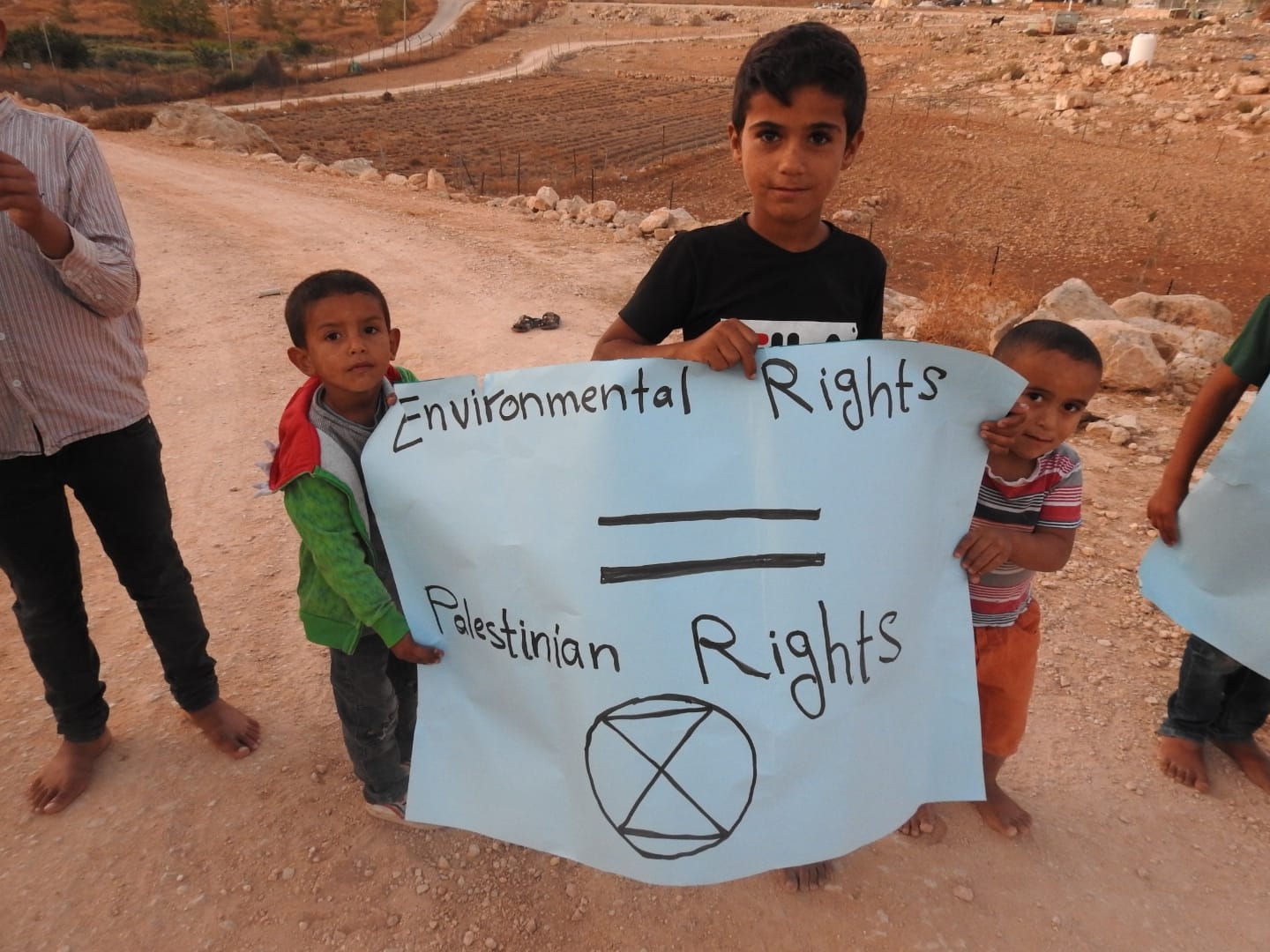 Bedouin children in the West Bank joined global climate protests yesterday, calling out the Israeli occupation’s role in exacerbating the effects of climate change on Palestinians.

Over a dozen protesters from the Bedouin village of Umm al-Khair in the South Hebron Hills, waved placards reading “live with the land, live like Bedouins,” in Palestine’s first Extinction Rebellion action.

Although Israel and Palestine both face rising temperatures and less rainfall as a result of climate change, Palestinians are likely to suffer the effects more severely. This is largely because Israel restricts their water access, with less than 15% of water from the region’s three main aquifers allocated to Palestinians. The rest supplies Israel and illegal Israeli settlements in the West Bank. 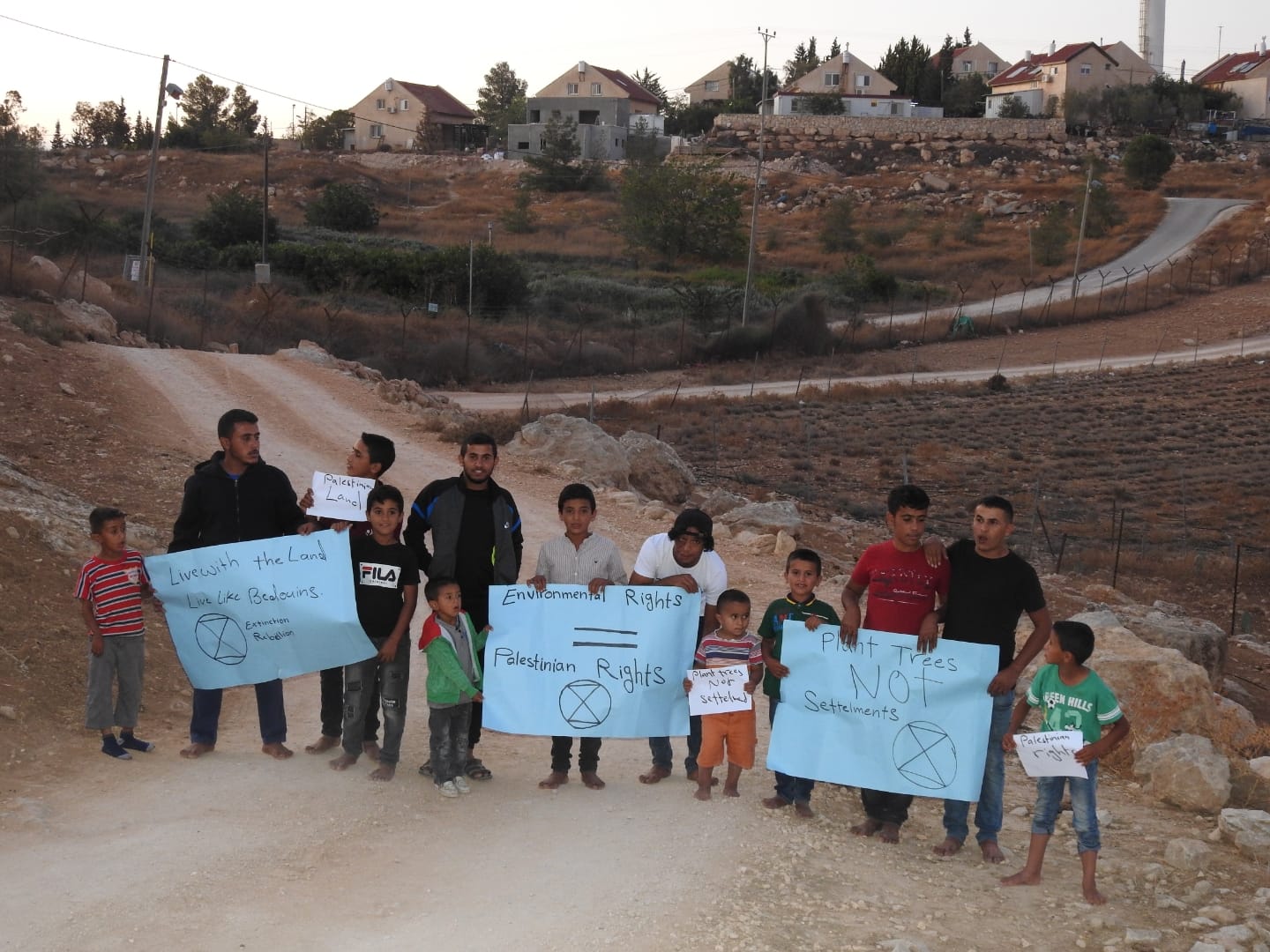 In Umm al-Khair, the Palestinian Water Authority is not allowed to build water networks to provide the village with running water. And the people cannot build cisterns either. In contrast, Israel provides the neighbouring illegal Israeli settlement of Carmel with running water from pipes built over Umm al-Khair land. Instead, the Bedouins must transport their water by trucks – a costly process – giving them just 15 litres of water on average per day. This is far below the World Health Organisation’s (WHO) minimum recommendation of 100 litres per day and massively less than that enjoyed by Israeli settlers at 300 litres per day. With rainfall expected to decrease by 30% over the next 50 years, how will Palestinians, especially those in Umm al-Khair who rely almost entirely on their livestock, cope unless Israel ends its brutal occupation?

“The Israeli government control the water network, and they only allow the people of Umm al-Khair to get a little water,” Umm al-Khair resident Awdah Hathaleen says. “More than 5,000 plants of thyme died this year because of the water problems. Also they confiscated the land and build factories which pollute everything around and cause diseases.” 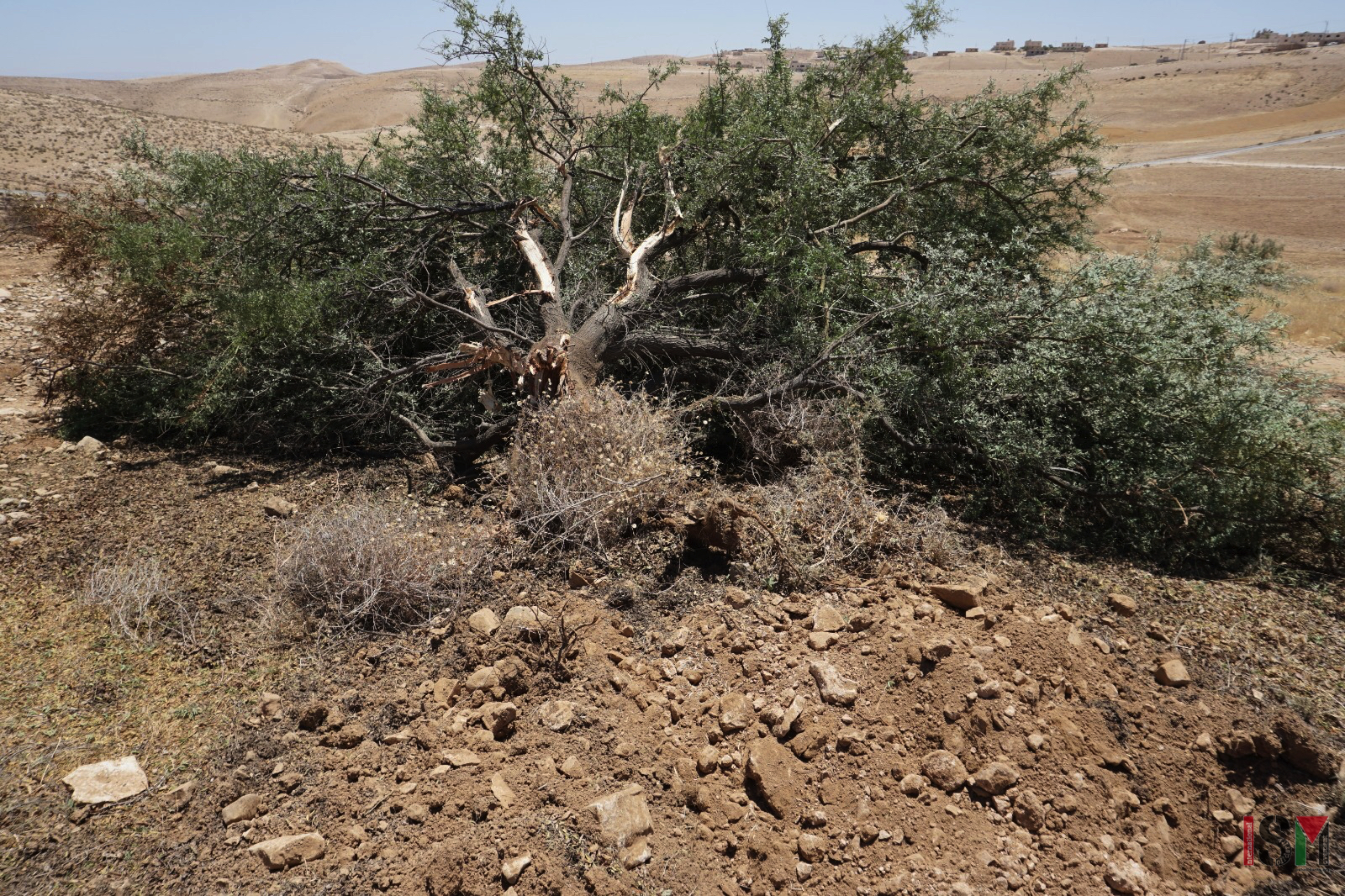 Hathaleen (pictured below) also pointed out that aside from restricting water access, the Israeli army also routinely destroys olive trees in the area and demolishes water networks and homes. “And what happened lately that the Israeli occupation uprooted more than 400 hundred trees close to Umm al-Khair. They don’t have mercy for the human, how they will be merciful with the environment?”

Yesterday’s protest was intended to highlight the role the occupation plays in Palestine’s climate change vulnerability and was co-organised with anti-settlement group the Good Shepherd Collective. It was one of hundreds of protests across the globe calling for climate justice by the environmental group Extinction Rebellion. 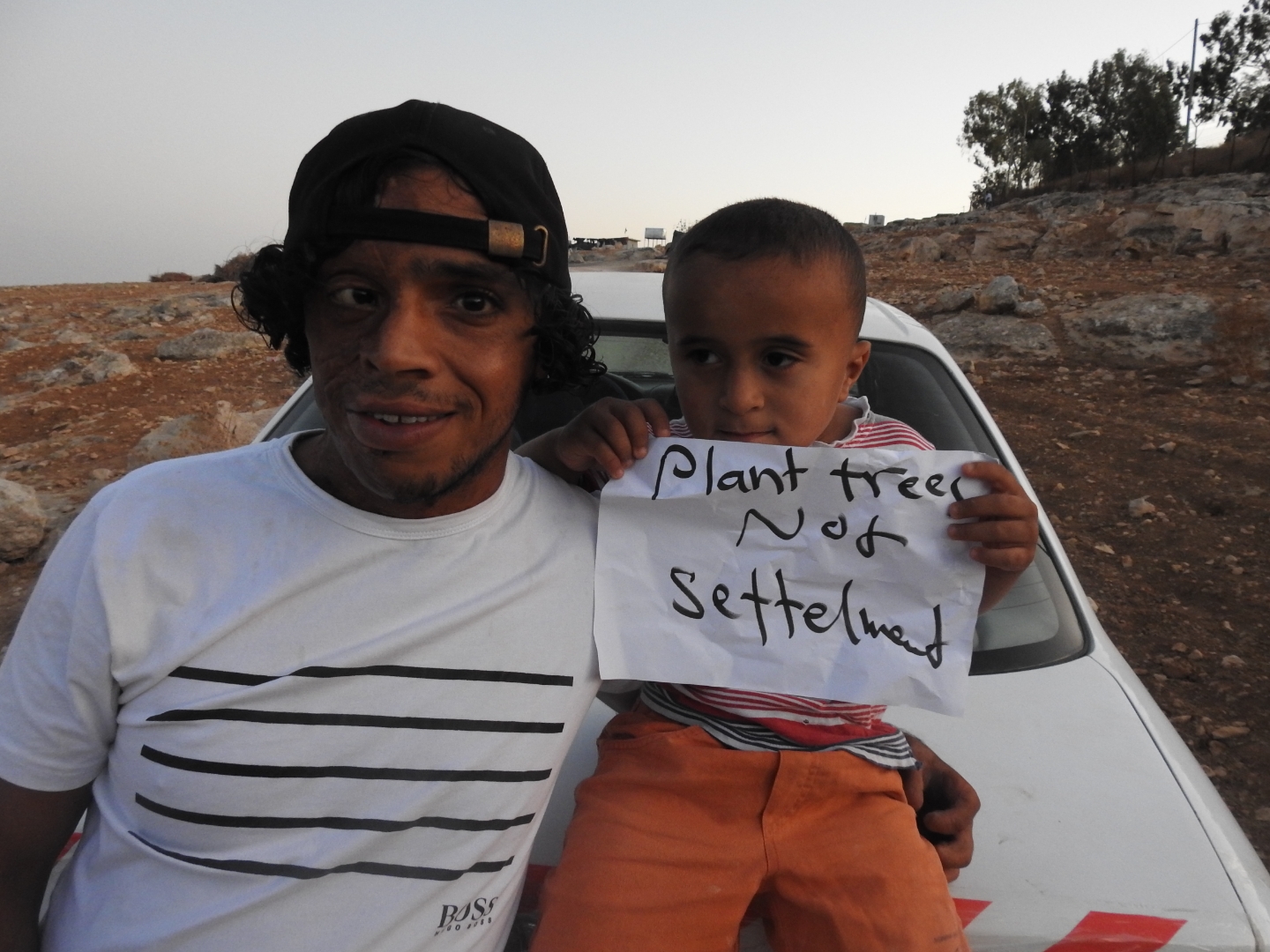