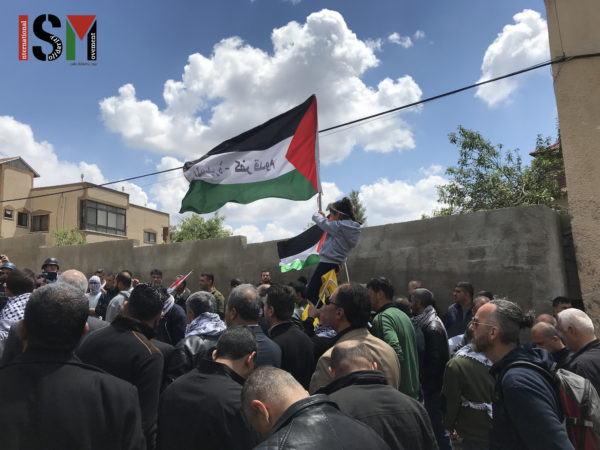 Around 150 protesters gathered in protest today in Kafr Quaddum to honor the 31st anniversary of the martyr Khalel Alwazer (Abu Jehad), a member of the central committee of the Fateh movement. They marched through the village towards the illegal settlement and in a demand to reopen the main road in and out of the village.* Protesters were joined by leaders from the PLO, Colonization and Wall Resistance Commission, and Popular Resistance Committees in the West Bank. Even though it was the Christian holy day of good Friday, Father Abdalla Yolyo, who is an Orthodox Christian Leader, also joined the protest and showed his support to the villagers. 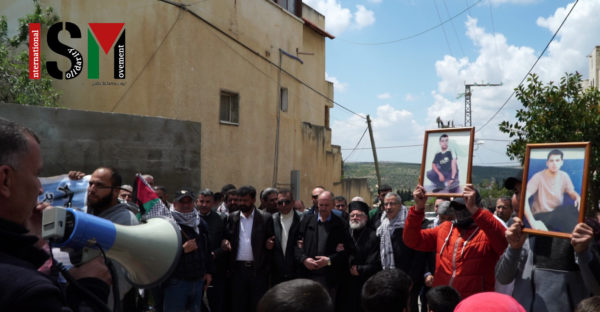 Almost immediately after the start of the protest the soldiers opened fire on the demonstration with of rubber-coated steel bullets. Soldiers were hiding on the roofs of Palestinians houses and on the hill. Many protestors were hit with rubber-coated steel bullets including several Palestinians, two international activists and a child who had to receive medical assistance.

At the same time several protesters were climbing the hill where the soldiers were firing from. The protestor managed to push the soldiers back and reached the top of the hill.

As the soldiers left, the protester lit tire-fires, and the wind direction sent the smoke into the illegal settlement. Almost 10 minutes later the soldiers returned, charging into the demonstration and opened fire with live ammunition and eventually arrested a French international human rights defender.

*The main road into the village has been closed since 2003 by the illegal settlement. In 2010 the Supreme Court ruled the road block illegal, however the Israeli authorities refused to reopen the road. In February this year, Israeli authorities promised to reopen the road if the villagers protested peacefully for one month which the villagers complied with. However after a month of peaceful demonstration the road was not re-opened.  As a response to the broken promise, the habitants of Kafr Quaddum and several internationals have been protesting ever Friday until the road is re-opened. 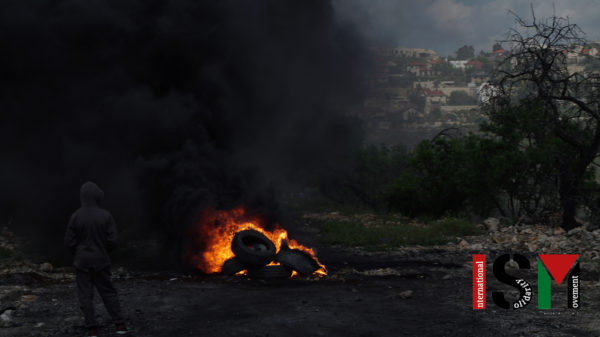 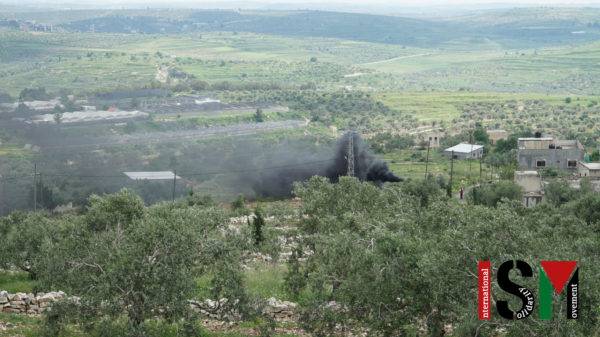