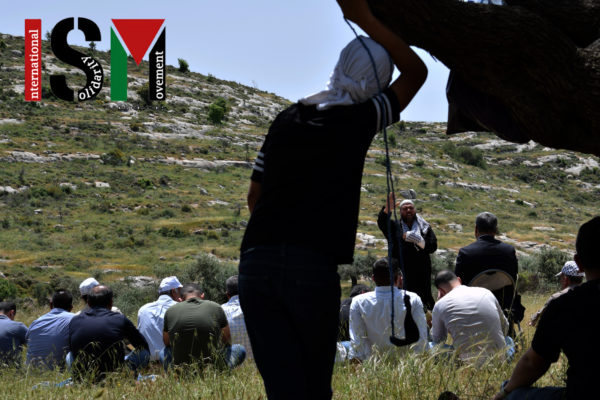 This Friday a large group of worshippers gathered for prayers at Mount al-Risan. When they arrived, two groups of Israeli military were already on each side of the valley waiting for them.

The worshippers prayed together in front of the hill, as always facing towards Mecca, thus having to face the illegal Israeli settlement as well. 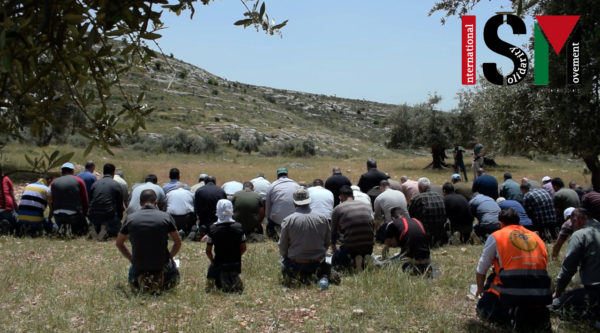 A man from one of the surrounding villages explained the situation; “The plan from the Israeli is to build an outpost on this mountain, they want to build a road between […] the settlements. […] They want to make a connection between the settlements, and the plan, after they control this mountain, they will separate the west of Ramallah, this village, from the rest of Ramallah. It will be destroying the life, destroying the economic resources, destroying everything.”

After the prayers finished some of the people began to walk up the hill towards the illegal settlement in protest. Within three minutes of the prayers finishing the Israeli soldiers began shooting tear gas into the crowd of worshippers including the Imam. 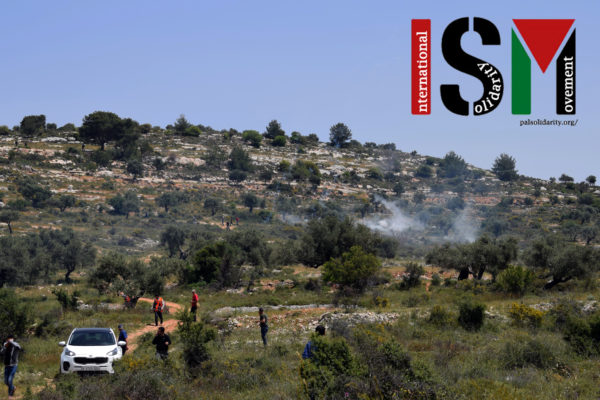 The local man explained the protest: “For around nine months here in this area, we have been protesting, refusing this plan from the Israeli, asking them to move this outpost in the mountain, and to give the land to the owner. Before around one month, one of the owners of the land tried to build a small room here – they (the military) came and demolished it. […] But they allowed the settlers – the settlers on not their own land, this is Palestinian land – they allowed them to build farms and outposts, and as I say, this is a centre, they start it here for a big settlement in the area, to build a big road between the big settlements in the area.” 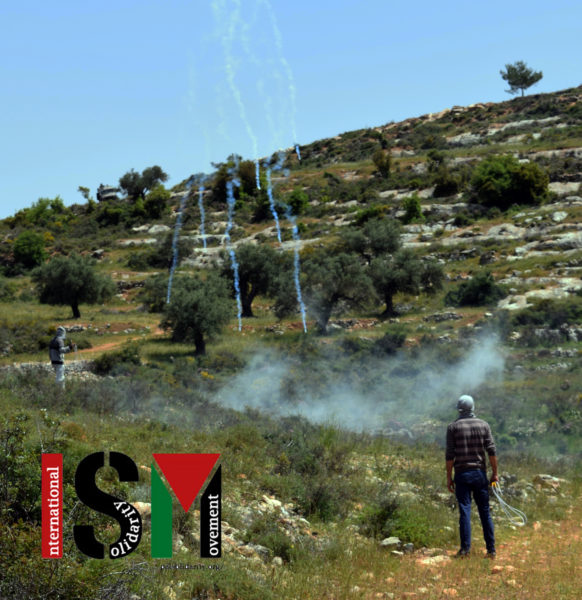 The Israeli military continued to fire tear gas canisters into the crowd to stop them from walking up the hill, which is rightfully and legally the protesters land. During the attack illegal Israeli settlers were seen at the top of the hill. And shortly after a drone was seen in the air hovering over protestors, possibly taking pictures. 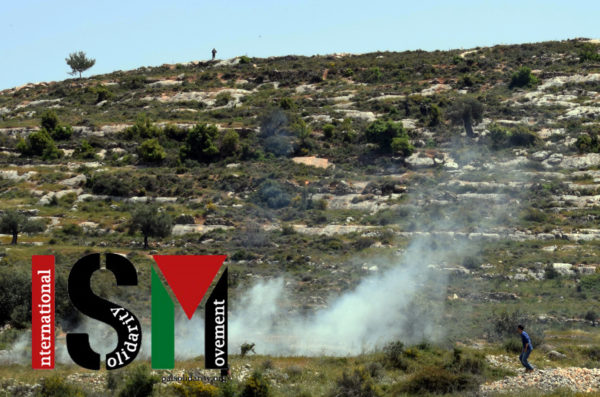 Many people suffered from excessive tear gas inhalation, but thankfully there were two Palestinian medics and an ambulance there to hand out water and treat anyone injured. 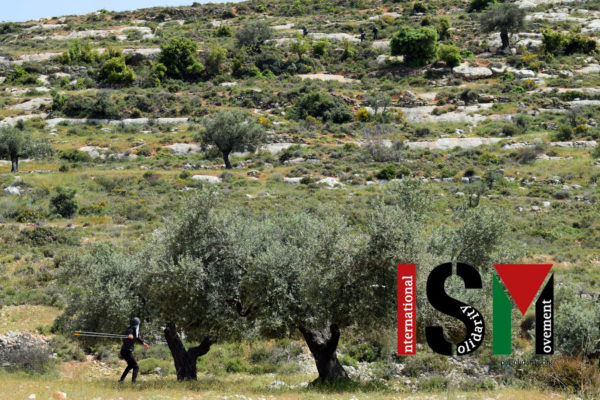 A thoughtful and calm man, Abu Lara, wanted to speak to us and told us about the struggle:

“Every Friday we will try to go up the mountains, every Friday, but we can’t because the soldiers are shooting gas at us, and we don’t have weapons, nothing, we have nothing, with hands only. But we will still try, try every Friday. After 100, we will try, because this is our land, and we don’t have strong, but we will try. We have idea about this, our land. So, we will still be trying to go to our land, and take our land. Israel has taken our land in West Bank, we are not going to leave to other countries. We are still here, it’s our land. “ 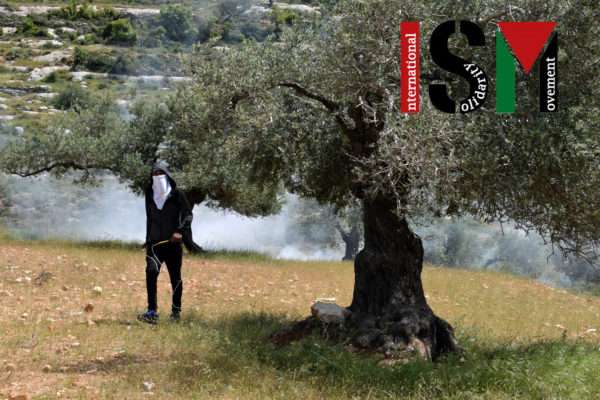 Watch the full interview with Abu Lara here, where he explains why these protests are important: