Nearly three years after being locked up in a detention center in Northern Israel, Shadi Farah, currently the youngest child imprisoned by Israel, is finally going home. 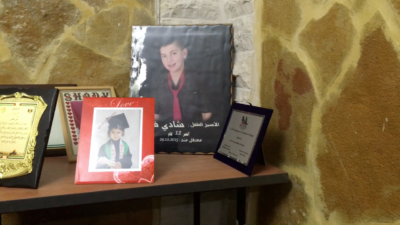 “I feel that this month has been the longest month of my life.” Farihan Farah is the mother of five, including Shadi, and is representative of over 400 other mothers in Palestine who desperately wait for their children’s return. “My feelings are mixed. My son is finally coming out after three years… I will finally get to hug him and kiss him. He’ll finally get to be with his siblings. At the same time, I fear for him… That if he’s released he’ll become a target, and I may lose him forever.”

The horrific attacks of the Dawabsheh family, where an 18-month-old was burned alive, and young Mohammed Khudair, also burnt alive, had all of Palestine in an uproar. While walking from school, Shadi expressed anger to his friend, Ahmed, over the incidents. “He was talking about the necessity of taking action against the Israeli soldiers… It was just kids talking!” The self-proclaimed “only democracy” in the Middle East, would have an observer puzzled by her imperative to make this point. “A settler overheard them and called the police,” she affirms. They were picked up shortly after, and were in custody by 11 in the morning (though she didn’t know his whereabouts until 10 at night). The first twenty four hours were traumatic enough; his interrogation without a lawyer, being brought to court in cuffs the next day, and being restrained by seven soldiers who struck him when he tried to run to his weeping mother. “I thought he would be released (the night before), especially because he’s a child, and didn’t commit a crime.” Israeli Police allegedly found knives on the boys, though no evidence was brought forth. The judge ordered that the Farah family pay 5,000 shekels for bail, and they did so, only to be notified that the case had been transferred to Central Court at Salah-Al-Deen Street; The judge, jury, and DA were all changed.

The next time young Shadi was brought into court, his mother was shocked at the site of his shaved head. “They found out that he loved his hair, so they shaved it!” For one year, each trial ended in no verdict, which lead to more time in confinement, and more torture. “They kept him for 6 days in room No. 4- which is known to have a very cold AC. He was also stripped from his clothing, and remained in his underwear, kept in darkness,” she recalls from their infrequent talks. He was finally sentenced for attempted murder and possession of a knife.

It’s been almost three years for Shadi behind bars. While his freedom is being celebrated, the likely fallout from such a traumatic experience is something Farihan Darafhmeh Farah knows all too well. “It’s not easy for a child to be away from his family for three years. I have to know him all over again. He was taken away at the most critical time of his life. I have to learn how he changed. His thoughts. What does he like now? What doesn’t he like? A lot of things. His childhood was taken away from him… He was enforced to transfer into a man, not grow into one.”A recent report documented the mental, educational, and social effects of Israel’s treatment of children during detention. DCIP found bed-wetting, trouble sleeping, and self-restricting movement to be but some of the symptoms of post-trauma. This does not take into account the legal problems that young, Palestinian convicts face when they are released. “He has a 5-year probation, and they can very simply just stop him and re-arrest him… He could be passing by a protest, or someone throwing a rock, and he can be arrested without reason.”

However, life goes on for the Farah family, and Shadi’s release is beyond a spectacle of rejoice. “I think to myself, what does Shadi love? Should I bring him Shawerma? ShouldI make him dolma? Should I bring him his little cars and toys? But Shadi’s a young man now. If I take him his toys, he’ll probably not want it. He’ll probably be embarrassed. I don’t know, I think everyday, what can I do for him? I’m fixing the house, I’m fixing his room. I have so many ideas and I’m overwhelmed. Should I take him to the pool where he used to swim? Or should I take him to ride a horse? He rode horses as a child. There’s a lot that he was denied, and I want to compensate him for everything. I want to cook him the food he loves. I want to bring his old friends to see him. I don’t know…” Farihan Farah takes a moment as tears begin to well up in her eyes, managing to say- “My father died while Shadi was in prison. I want to take him to his grandfather’s grave. A lot has happened when he was in prison.” 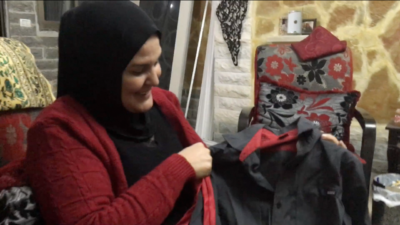 The damage that has been done is undeniable, and the only way forward for the Farah family is resilience and courage. From here, the path forward is uncertain, happiness not guaranteed, and in fact the obstacles may only increase. “I will have to move him to a school that’s closer to the house. He’ll always have trouble at checkpoints. He won’t be allowed to practice a normal daily life. We will be living in the horror of what might happen. And this is the way many Palestinian families live… We try to make hope. We try to be optimistic.” Ten year-old Nawal, Shadi’s sister, is a gymnast and Dabke dancer, and was being taught how to swim by Shadi before he was taken. “I’m happy that he’s coming back,” she says, “I was seven when he was taken.”

It’s hard to understand the evil nature of Shadi’s treatment without knowing the systematic degradation of Palestinian minors in the state of Israel; only one function that embodies the nature of the occupation, internationally recognized to be illegal. “People only view darkness. They are pessimistic and depressed. There’s no hope for us, in Jerusalem, Gaza, or The WestBank. Everyday passes in horror… We eat, drink, and live day by day. We don’t know what’s going to hit us- capture or murder. A worker heads to his job in the morning and you hear in the news that he was shot, claiming that he attempted to stab someone. I never imagined that a little boy like Shadi would be captured. I always fear that when we’re driving to Al-Khalil, a road that is filled with checkpoints and obstacles, if by God’s will the car was broken mid-way, that they’d shoot everyone inside and murder us, claiming that we are up to no good. I cannot even imagine stepping a foot in a place like Zaatara, where they would see my hijab and immediately think that I am up to no good, and just shoot me. They deny us and our children the right to live a normal life. To play, study, grow. Like Shadi, there a lot more children.” 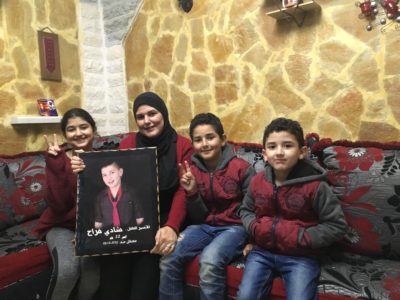