In the two weeks since the Zahida family moved into their new house on Shuhada street in the H2 area of occupied Hebron, they have been subjected to repeated harassment by Israeli forces and Zionist settlers, resulting in their door being welded shut on multiple occasions whilst they were still inside. Israeli authorities in Hebron want to make Shuhada street an area exclusively for Israelis, and carry this out by closing the Palestinian doors that lead down to Shuhada street. 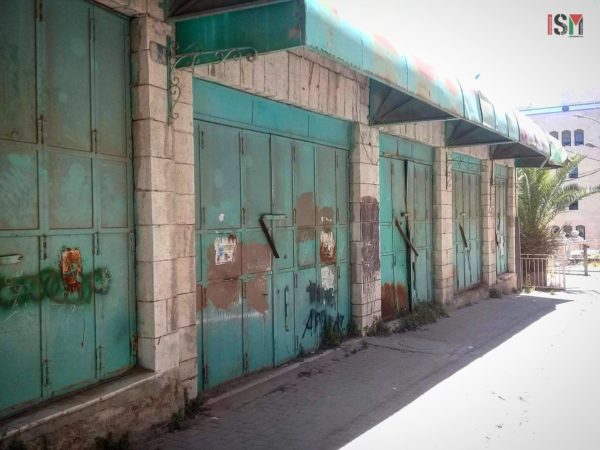 On June 1, Israeli forces entered the Zahida house and closed the only exit with metal cords. Due to the extensive harassment by Israeli forces, around twenty Palestinian friends and family gathered in solidarity with the residents. All were locked inside the house. After Palestinians managed to break open the door and exit the house, Israeli forces assaulted a 14 year old boy who had been inside with the family. A soldier hit him in the face with the butt of his rifle multiple times.

On Friday 7 June at 8 AM, Israeli soldiers entered the home again, gathering the family in one room, confiscating their phones and keeping them there for a brief period. After detaining the family, Israeli forces broke one of the windows in the house and exited through it. They allegedly said that if the family wanted to leave their home, they should also exit through the broken window from then on. The soldiers then proceeded to seal the house’s only entrance by welding it shut and locking the residents; a young man, his pregnant wife and their two children (age three and four) inside the house for several hours.

At around 11 AM, Palestinian residents of H2 and activists from Human Rights Defenders came together to open the door again and free the family. As the door was being opened, a settler known for harassing Palestinians arrived at the scene. He began to verbally insult activists from Human Right Defenders and film the people present. At the end the door was opened again with the help of neighbors and activists.

At around 9 PM, a group of settlers, protected by heavily-armed Israeli soldiers and police, gathered on the steps to the family’s home. The group of settlers consisted mostly of children and teenagers, who were having a picnic (whilst shouting and trying to intimidate passers-by) on the steps leading to the only entrance directly outside the door, thus trapping the family in their own home for the second time that day. The soldiers stated that the settlers were protesting, but when asked to clarify the reason of the protests, they had no comment.  Another group of settler children also physically assaulted a Palestinian woman and a group of children on Shuhada street, whilst under the protection of Israeli forces. The settlers stayed for several hours and left at around midnight.

On the 8th of June, international activists were present in the house with the wife and two children after the Palestinian friends and family had left for work or iftar. A commander and two soldiers entered the house, taking the remaining Zahida family members into a room without their phone and without allowing the activist to enter. The commander then photographed their ID’s and allegedly promised the family that he would “do everything in his power to register them, so they would be left alone.” 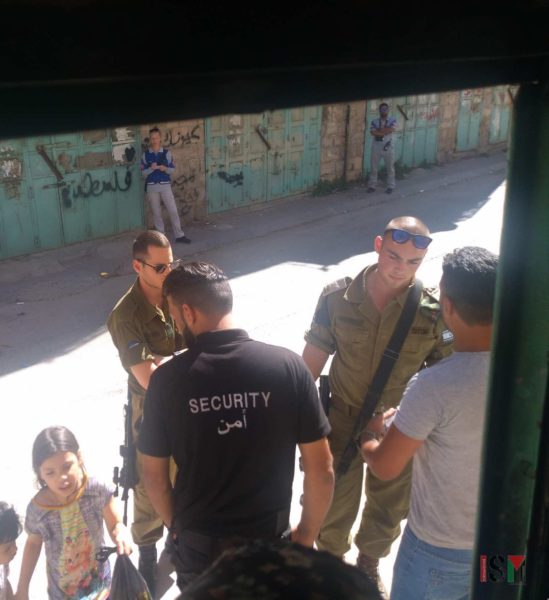 On the 9th of June, the same commander (pictured above) returned stating that he could not appeal their eviction order and that they had to leave their home.

In the early hours of the 10th of June, at around 1 AM, a large group of Israeli forces came to the house to weld the front door shut for the last time. Palestinian and international activists were prevented from getting near the house and were forcibly pushed back and assaulted by soldiers, so they wouldn’t be able to see or film what was going on near the house. A soldier, who was preventing people from coming near the house, assaulted a Palestinian child as he tried to pass onto Shuhada street.

A Tel Rumeida resident, Haji Mufid al-Sharbati, was trying to reason with the soldiers but was then detained. It was during his detention that he was assaulted by a soldier and subsequently collapsed. Israeli forces stood by as the elderly man lay on the ground, motionless for around ten minutes, before a stretcher was allowed through the checkpoint and he could be taken to hospital. 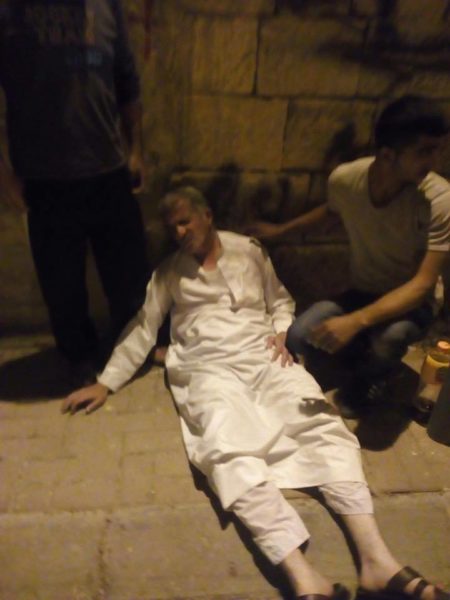 Allegedly an Israeli ambulance should have been on standby at the scene, but Haji Mufid Al-Sharbati still had to wait for a Palestinian ambulance to arrive and then for a stretcher to be able to pass through checkpoint 56, before he could get professional medical assistance. He was sent home the same morning and is reported to have recovered.

At around 3 AM, Israeli forces let the people gathered come back onto Shuhada street to check in on the family. By then, the door had again been welded shut. International activists were shown the new way out by a family member, which had been created by knocking down a wall next to their staircase. The new route takes much longer than going through Shuhada street and the staircase leading up to the entrance is very steep and unsafe, with no bannisters to prevent a fall to the street below. For a 4 month pregnant woman and two young children this is highly dangerous.

Yasmine Zahida stated, “I’m worried about our entry and exit now. There’s nothing to hold on to when you walk down the stone stairs and it’s especially dangerous in the dark for me and my children. But I’m happy it’s all over, for now”.

The brother of Sami Zahida informed international activists that Israeli forces had ordered the door shut for two years before they would consider opening it again.