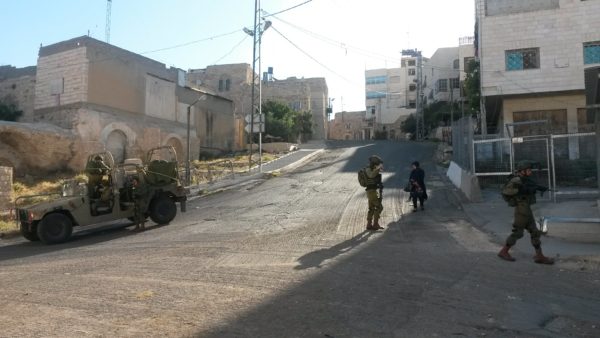 On the morning of Thursday 17th May, the first morning of Ramadan, at around 7.30, several small boys were seen throwing stones at the Salaymeh checkpoint in the occupied H2 area of Al Khalil/Hebron. One soldier above the checkpoint responded by pointing a live ammunition rifle at a small boy. The soldiers on the checkpoint called for backup to deal with the small boys, and a truck full of paratroopers arrived. At around 8am the soldiers went out through the checkpoint, split into two teams and occupied two rooftops above schools in the Palestinian neighbourhood, then fired tear gas into 2 school playgrounds as children were gathering for the start of the day. Children and teachers were affected by tear gas inhalation. 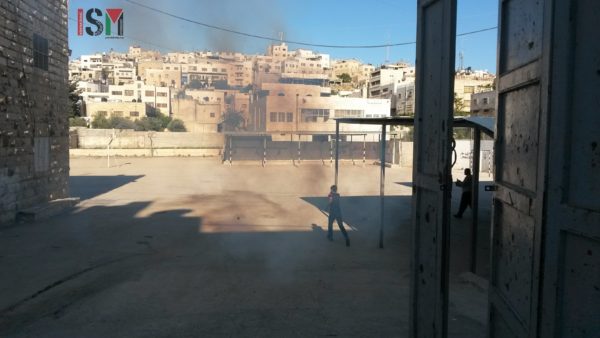 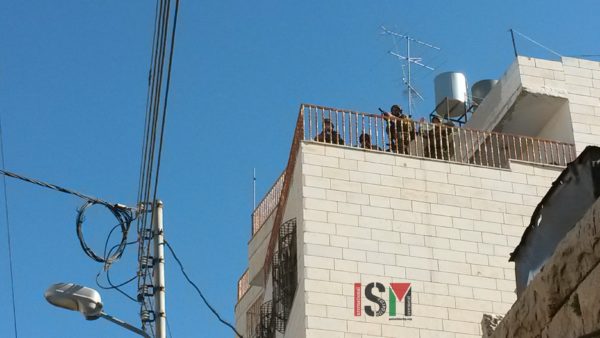 In total in the next hour, around 15 Israeli soldiers came into the Palestinian neighbourhood outside of Salaymeh checkpoint and continued to fire more tear gas bombs and stun grenades from rooftops into the two school playgrounds. One school was Al Khalil Basic School (UN) for 8th and 9th grades, and the other was a boy’s school next door for grades 1-4. In total around 10 tear gas bombs and around 7-10 stun grenades were fired into the school playgrounds and street outside in the course of an hour, as children continued to walk to other schools in the neighbourhood. 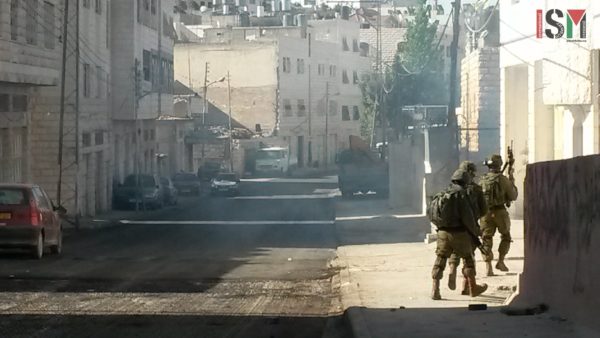 Soldiers in street facing school, after tear gas fired by another team of soldiers on roof

After the soldiers finished firing tear gas and stun grenades at the children, they returned through Salaymeh checkpoint. ISM activists were detained for a short time at a checkpoint because they had been filming the soldiers’ violence. While being detained, they witnessed border police making a Palestinian family wait outside the checkpoint while the border police ate sandwiches in front of them and said “everybody loves Israel… That’s why they moved the embassy,” in an apparent reference to the recent relocation of the US embassy to Jerusalem. 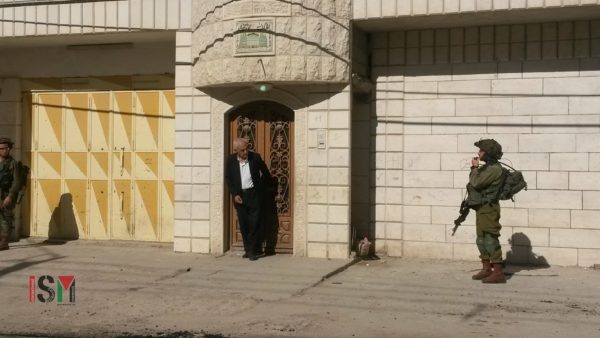 Man comes out of building where soldiers have been occupying rooftop