Israeli soldiers invaded Bab-al-Zawiye today as young people protested the illegal occupation of Palestine. The soldiers used cameras with zoom lenses to photograph the protesters for well over an hour. Israel controls the population register of all Palestinians with a restrictive system of IDs. Protestors that are identified can be arrested from their homes at any time.

Later soldiers pursued youth through the narrow alleyways and streets of the downtown neighborhood exploding stun grenades and firing tear gas. Families with young children live in apartments in the neighborhood where clouds of tear gas frequently fill the streets. A large amount of tear gas was fired right outside an open vegetable shop, affecting their business and causing shop owners harm. 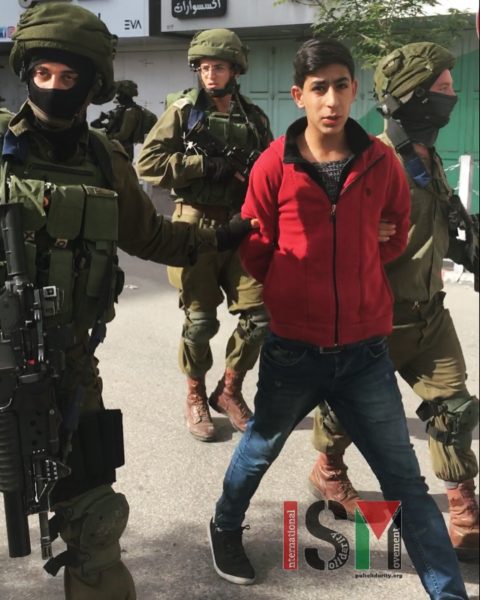 Two young people working in a shop were randomly apprehended by the soldiers when they failed to capture any of the youth protesting. Hassan abu Gezele, aged 16, and Baja abu Haluwe, aged 15, were forced into an army jeep with excessive force and driven away. 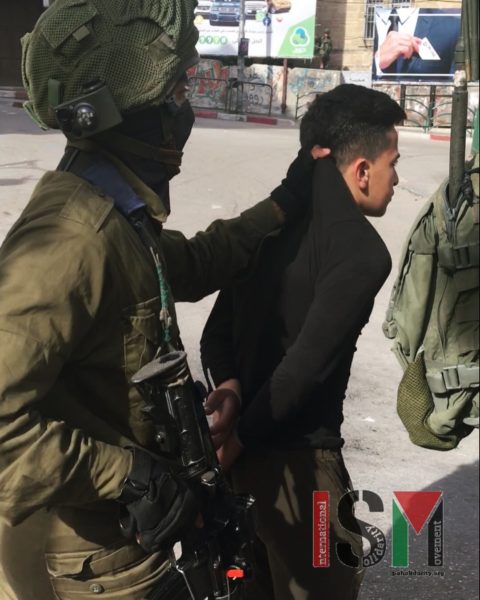 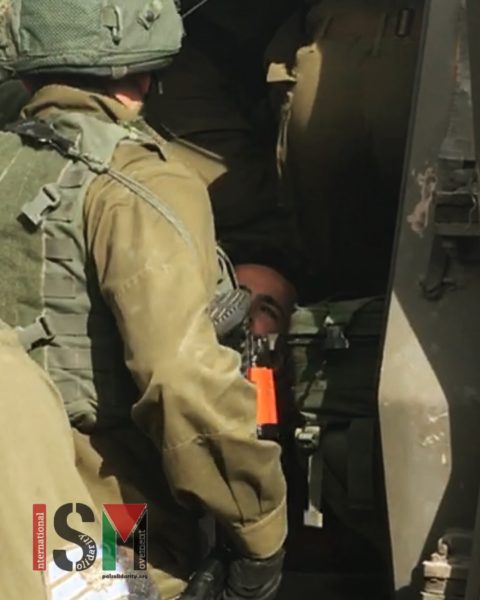 The arrests of these two boys speak volumes to the careless criminalization of youth in occupied Palestine by Israeli forces. Unfortunately, their cases are not rare and teenage boys are used to such criminal treatment on the streets of al Khalil/Hebron.