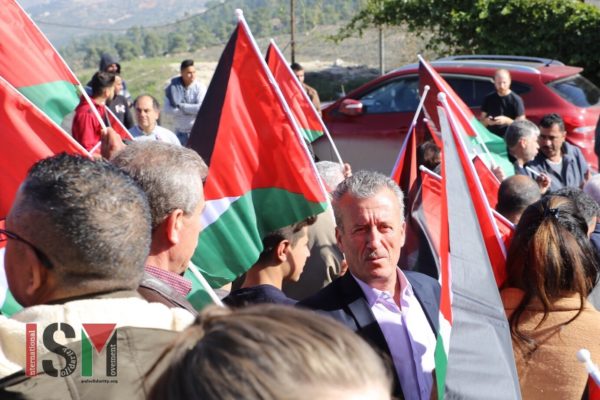 On Tuesday morning, Ahed Tamimi once again was brought before an Israeli military court at the Ofer Military Prison. Despite objections from the Tamimi family and Ahed’s lawyer, all media and foreign diplomats were barred from entering the court room during the trial. The prosecution read the 12 charges against Ahed, to which she declined to respond. The 17 year old, who recently celebrated her birthday behind bars, will remain under administrative detention in Israeli prison. Her next court date is on March 11.

ISM sat down to speak with Ahed’s father, Bassem Tamimi, at the family home in Nabi Saleh to discuss the events of the trial. About the court’s decision to remove the media and diplomats from the court room, Bassem told ISM “[The Israelis] don’t want to show the world it’s just a theatre.” Bassem also told ISM about the poor conditions of Ahed’s imprisonment, but said that his daughter was still strong despite her treatment.

When asked if he had any hopes for the upcoming trial he said “No, they are a state above the law”. 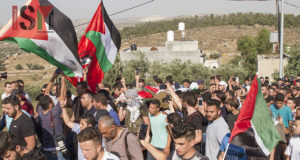