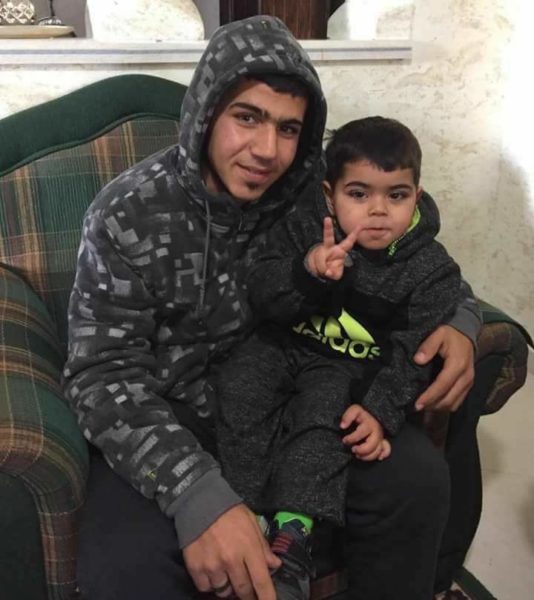 During the past weeks an increasing number of children have been arrested and injured all around the West Bank. ISM met with Iyad Burnat from Bil’in who is witnessing how the second generation of activist, including his own children, are being targeted through made up charges and torture-like interrogation techniques. Right now five youth from Bil’in are being held in Ofar prison. But Ofar is filling up, and more kids are being moved to Meggido outside occupied territory.

Abdul-Khaliq, Iyad’s second son, was in the car with two friends, Hamzah Al-Khatib and Malik Radhi, driving in Bil’in to have pizza, when the soldiers stopped the car. Now they are under arrest, charged for cutting the apartheid fence. No videos, nor witnesses can prove it. But this is not a problem for the Israeli army as soldiers have been proven lying in court when called as a witness.

This is not Abduls’ first direct experience with the Israeli military repression, as he has been already injured in the head by a rubber coated steel bullet. Now the Israeli army focus on him since they have targeted him as a leader inducing other young people to join protests. Iyad Burnat tells the ISM that the Israeli intelligence has been interrogating his son for the last days. The Ofar judge ordered the boys to be released on a bail of thousands of shekel, but despite that the persecution is not over. During the interrogation, the soldiers claimed that they had many secret files have not yet been used by the court. 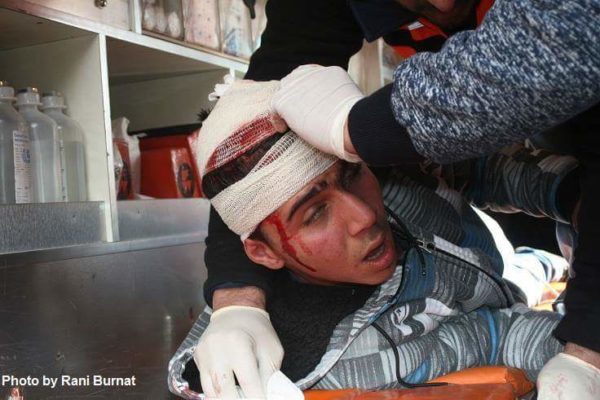 These last events reflect the general ongoing situation in Bil’in since the settlers’ colonization started in 2005. The construction of the Modi’in Illit settlement brought up the well-known military abuses that Palestinians always suffer from in situations like this. The daily confrontation with the massive Israeli military presence have forced the people from the small village of Billin to elaborate a strategy to respond.

Over the last decade, the non-violent protest, including fence-cutting and the blocking of the road to the settlements, has become a pivotal aspect of the anti-settlement resistance. The Israeli court charges people who cut and damage the fences of settlements as criminals, but the state of Israel never mention that all the settlements are illegal according to international law and some of them according to Israel law itself.

The non-violent method of resistance thus haven’t changed the Israeli violent methods of repression. Since many years, Iyad and his family represent a special target. Already known outside of Palestine from the Cannes-awarded film ‘Five Broken Cameras’, in 2015 he received the James Lawson Award for Achievement in the Practice, Study or Reporting of Nonviolent Conflict presented annually by the International Center on Nonviolent Conflict. Iyad is constantly involved in the reporting and spreading of the activities of the Palestinian struggle around the world.

This year he met with the English Labour Party and invited them to visit Palestine. He also tries to focus on talking to and meeting Jewish associations outside of Israel, and together they are stressing how the anti-zionism and the fight against the occupation are not a religious matters. This year Iyad was also invited to talk at the UN conference ’50 years of Occupation’. He tells ISM that the first piece of news he read when he landed in the US was that soldiers went to his house to arrest his third son Mohammed. 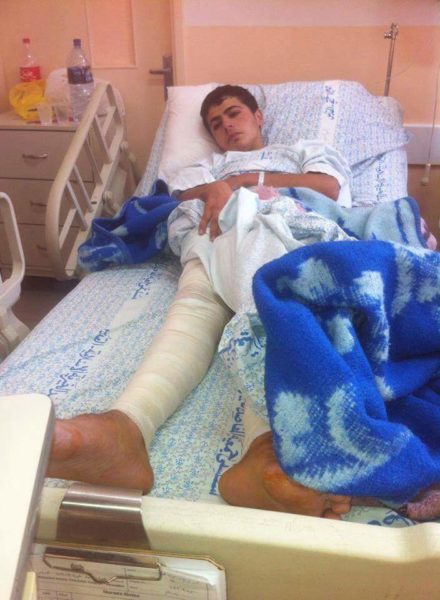 Also the first son, Majd, has been targeted. In 2014, he was shot during a protest. In that occasion he was standing beside his father when an Israeli soldier approached them, gunned him and moved back. A scenario which reminds of a punitive action, more than a security one which is what the Israeli army usually claims. Majs was hospitalised for 10 days in the Ramallah hospital, where doctors indicated the necessity to travel to Jordan for a neurosurgical operation. The Israeli border police stopped and interrogated him for three hours at the border. In Jordan, he was directed back to the Quds Hospital. As the Israel authority did not give him the permission to travel outside the green line, he managed to get there just when two Israeli activists hid him in the trunk of their car. 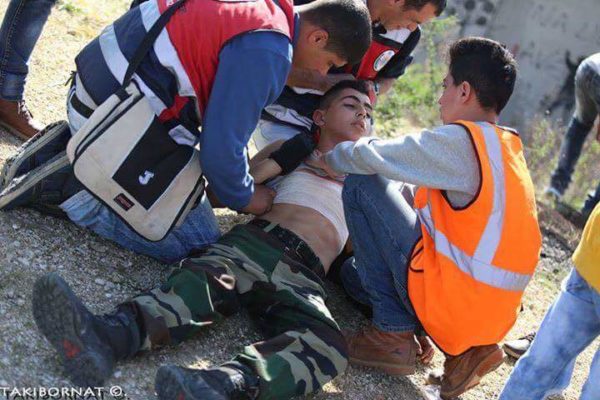 What could be a simple report of isolated events underlines an ongoing strategy adopted by Israel. The choice of targeting kids reveals two goals. On one side, it’s easy to notice how the kids in question are usually the children of activists. It’s a way to hit the most human and vulnerable nerve.“Israeli authorities have said that we teach our kids hate,”Iyad says,“But who teaches hate to whom? At my return from the US it was my 3-year old son who explained to me what happened when the soldier came in the night to arrest his brother. A 3-year old kid forced to witness handcuffing and beating in his own home.” On the other side, targeting the young generation is an attempt to eradicate the ‘problem’ of the Palestinian resistance from the root, to scare and warn the people who will lead the struggle in the future.

Most of the 430 Palestinians arrested after Trump’s declaration the 6th of December are under 18 years old. ”They want the youth to hate living in this land”Iyad says. When ISM asks him if he believes his son Abdul, the one now under arrest, is scared he answered that Abdul got used to it since he grew up in this environment:“He reminds me of myself at his age.”And he adds: “I resist and started this struggle to give my kids a better future. But now the story is repeating. Freedom has a high cost.”